EURO 2020: Bogdán returns; Schön and Hanh are on the roster – Here is Rossi's extended squad

The head coach of the Hungarian national football team, Marco Rossi, has announced his 30-member extended squad, of which 26 players can participate at the European Championship. Even before the detailed announcement, the Hungarian Football Federation (MLSZ) announced that Ferencváros' goalkeeper Ádám Bogdán would be back, and newcomers Szabolcs Schön (FC Dallas) and János Hahn (Paksi FC) join the team. Rossi spoke about the roster at a press conference at 1 pm – we reported on the press conference with live text coverage.


"In addition to the top scorer in the OTP Bank League, Szabolcs Schön and Ádám Bogdán are also in the men's A-team's extended squad," the MLSZ wrote in its first Twitter post, and soon after, the federation published the entire squad.


Ádám Bogdán, capped 20 times for the Hungarian national team, last played on March 26, 2016, in the preparation match against Croatia (1–1). For a long time, it looked like he might make the Euro 2016 squad, but then head coach Bernd Storck did not take him to the tournament in France. The now 33-year-old goalkeeper has been out of the game for a long time due to injury in recent years. However, in 2018, he signed with Scottish Hibernian from Liverpool and then transferred to Ferencváros last year. He made his FTC debut in NB I on April 17 against Kisvárda. Since then, he has been the goalkeeper in all four NB I games. (In addition, he played two Hungarian Cup matches, and two National League Division 3 games with FTC II in the 2020-2021 season – the ed.).

"When we found out that the number of squad players had been raised, it was suspected that another goalkeeper position would be available in Marco Rossi's team. Frankly, it occurred to me that I could also get the opportunity," fradi.hu quotes Ádám Bogdán. “We achieved great things at the team level, but it wasn't an easy year for me. I am very proud of my recent performance. Life can produce surprising things, especially if one does not lose faith, and fights hard every day. This was also the case for me. Lately, I've been able to finish the matches as I'd expect from myself, despite not playing for a long time. The four or five meetings before the squad announcement came at the perfect time, as I was able to show what kind of performance I am capable of, and I could draw attention to myself. I have been capped twenty times before, so it probably carried great weight when creating the roster. The fact that I can be on the national team again after five years is a huge motivation for me for the period ahead. This is mentally a plus that a player always needs. This is another confirmation that I am doing my job well. It is a very liberating feeling that I have managed to achieve this.”

Szabolcs Schön, who scored nine goals in his first NB I season and has joined FC Dallas from MTK, has only played for the youth national team so far. Now, he can prove himself, and he recently told Nemzeti Sport Online that he hoped he would get an invitation to the senior national team. If the head coach counts on him, he will return home from his new club to join the national team. Rossi has previously told Nemzeti Sport that he counts on NB I's top scorer János Hahn in the team. 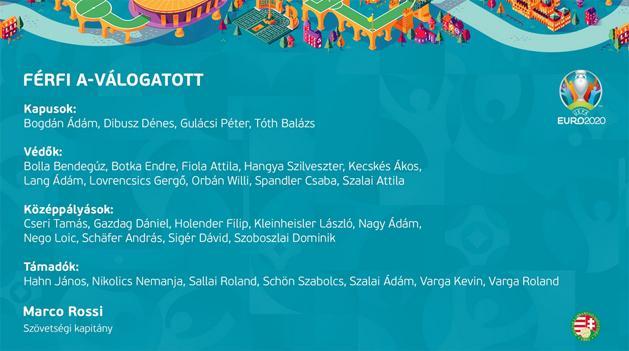 In addition to Schön and Hahn, Fehérvár's right-back Bolla Bendegúz, the Puskás Akadémia's defender Csaba Spandler, and his teammate, goalkeeper Balázs Tóth have never been capped, but the latter was in the extended squad last time.

"As I have said many times before, I mainly count on players who have taken the lion's share of qualifying for the European Championship and Nations' League promotion," the mlsz.hu quotes head coach Marco Rossi. “At the same time, most of them needed to play regularly in their clubs. The only exception is Dominik Szoboszlai, who has not played since his club change in January but is currently our number one talent, a key player of the national team. If he's in good shape by June 1, I'll count on him in the final lineup frame. If not, we will have to let him back to his club.

It is clear from the list that the players who played a role in qualification to the European Championship last year, with the exception of the injured Zsolt Kalmár, have a place in the squad. However, apart from Bogdán, there are no players on the roster who did not appear last year but have been capped previously. Thus, for example, Balázs Dzsudzsák, cap recorder of 108 who spoke about the national team this week, or Dávid Holman, who produced a good season in Slovan, Bratislava, will not return to the squad. Barnabás Bese (Leuven) and Ádám Gyurcsó (NK Osijek) who took a back seat in their clubs in the spring are not on the 30-member roster either. Norbert Könyves (ZTE), who struggles with injuries, or Krisztián Géresi (PAFC), who made his debut in March, are also missing.

The 33-year-old (a few weeks older than Nemanja Nikolic) captain Ádám Szalai, who has been capped 70 times for the Hungarian national team, has scored 23 goals. Ferencváros and MOL Fehérvár make the most of the extended squad. 14 of the 30 members are players who is playing abroad, and 16 of them play in the National League. (Szabolcs Schön is already counted as one of the players who is playing abroad, although he has not played for his new club yet).

The preparation program of the Hungarian national team is already known. It begins on May 17 in Telki, mostly with the footballers playing in domestic clubs that finish their Hungarian league appearances a week earlier. From May 25, the team will travel to a training camp in Austria, where the players who is playing in Germany will complete the squad. Rossi plans to announce the final roster for the European Championship on June 1. Before the opening match against defending champion Portugal at the European Championship on June 15 in the Puskás Aréna, the Hungarian national team plays a friendly match against Cyprus on the 4th and another one on the 8th with Ireland in the Szusza Ferenc Stadion.

* 26 players can participate at the European Championship 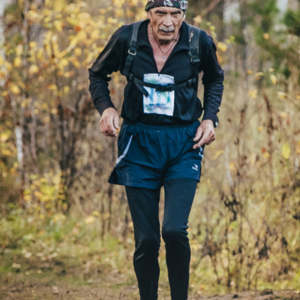 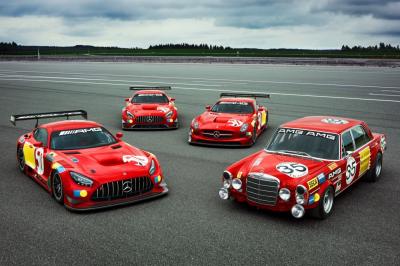