Euro 2020: I'm 80 percent sure whom I will count on in the Hungarian team – Marco Rossi

Marco Rossi, the head coach of the Hungarian national team, who counts on Dominik Szoboszlai, also spoke to Nemzeti Sport about the fight to be capped, team unity and about the full house at Puskás Aréna.

– There is exactly 50 days until the start, but if it was up to you, could the European Championship start tomorrow?
– No, because then I wouldn't be able to count on Dominik Szoboszlai – said the Hungarian national team's head coach, Marco Rossi in the exclusive interview for Nemzeti Sport.

– Are you sure, you can rely on him in June?
– It seems so, yes. If everything goes according to plan, Dominik could play in the last two or three rounds with Leipzig in the Bundesliga. Although he would join the national team with not a lot of play time, but at least he can join. I set clear rules after my appointment as head coach, such as making it a condition for team members to be in play. In the past three years I've strictly followed my principles, but sometimes life can make exceptions. Well, in this case, I'll make an exception, and I'll invite Dominik even if he only plays two or three games in the spring. He will have time to catch up during the preparation, but of course, we'll take care of him.

– I suppose as much as you are happy for Szoboszlai's return, you regret it just as much that you cannot count on Zsolt Kalmár.
– If anyone, Zsolt will be sorely missed! When I coached DAC, I encouraged him to sign with us because I was aware of his capabilities and that he could strengthen the team. I had the pleasure to get to know as a person after he signed with DAC, and I can tell you that he's a great guy. His attitude is fantastic, he has an exceptional respect for football and his team, and has a big heart. After his injury in Andorra, I was still confident from the first news that the situation was not serious. However, I was terribly saddened to learn that he was forced to miss football for a long time. He'd been through a difficult time, and he's come back stronger from that, so I'm convinced it won't be any different this time. What makes me even sadder is that both times he suffered a serious injury in the national team, that is, as a member of my team. It's none of our fault, but as a coach, I'm still having a hard time because of it. The consolation is that Zsolt is only 25 years old, and I believe that he has a promising future and that he will be given the opportunity to play at a prestigious tournament.

– So, what you're missing this summer, you can make up for it at the World Cup next year?

– Nice try... If I may suggest, let's move step by step because I don't even see what will happen at the European Championship, let alone the World Cup qualifiers in the fall. Besides, I'm not the type who chews on what the future holds for him.

– What's for sure is that your recently renewed contract ties you to the Hungarian national team until 2025.

– I am honored that the Hungarian Football Association trusts me so much, and I may not have to say that I'm happy to commit to the longer term, too. I will not forget that anything can happen in football, though. Sometimes it's just one ugly result and the coach has to go. When I spoke before the World Cup qualifiers against San Marino and Andorra about the fact that we shouldn't underestimate the opponents and we were preparing for them to be tough, a lot of people smiled. Thank Goodness the team had the same mindset in the two games just like me, which is why we got the six points. Can you imagine what would've happened if we didn't win? Just think back to how angry the people were when the national team lost in Andorra four years ago... In our profession, it's good to be careful because there can be unpleasant surprises at any time. And I don't like unpleasant surprises.

– Preparations for the European Championship will not begin until less than a month from now. Are the days going slow?
– It's actually the other way around. I'm very busy as there's a lot to do. One meeting follows another, we are analyzing the rivals while we also need to be up to date with our players. We keep an eye on everybody, even on footballers who wouldn't even imagine it... Videoconferences that we've been using regularly make it easy to keep in touch with players and coaches. There's always something to talk about, and the goal is to improve in whatever as much as we can. We also had planned a meeting for Tuesday, but the headcount wouldn't have been complete as some players were in training and squad members in FTC were fighting for the national league title. I congratulate the entire team at Fradi for the win. Going back to the daily activities, I watch almost every top National League (NB I) game with my colleagues on location. It's important to attend as many matches as possible. We can do this because we live in Hungary. That's why I've asked two of my helpers, Cosimo Inguscio and Giovanni Costantino earlier to move and live here like me. By living here, we aren't only making our own situation easier, but also expressing our respect for our host country.

– If you had to announce the 23-member European Championship squad now, would you be in trouble?
– I'm 80 percent sure whom I will count on in the national team, but I will wait with the roster announcement until the first day of June. Footballers whom we can thank that we qualified for the European Championship are a priority, but some places are still open. We're preparing with more than 23 players because on the one hand I want no one to feel too safe, and on the other hand there are footballers whom I'd like to give the opportunity to prove themselves. For example, there is János Hahn. If someone's a top scorer, it's fair to give them a chance, isn't it?

– It's going to be a big fight to be capped...
– I think so too. However, it's also possible that not everyone is willing to compete. Once I announce the extended squad, anyone can call me and say they'd rather rest in the summer or not feel like they can fit into the top 23, so they'll skip the preparation. If anyone has any doubts, feel free to share them with me, I promise it'll stay between us. What I have just said may sound strange, but I will need fully committed footballers both before the European Championship and during the tournament as well.

– I would be surprised if there was even one player who would come to you and say, „Excuse me, Mister, but I'd rather go to Hawaii than to Telki.”

– That's what I'm hoping for, but it's good to clear everything up at the beginning. I don't throw big words; I stick to what I say. I'm always driven to make my team better. Nevertheless, I'm sure that I'll have a sleepless night or two before announcing the final line-up. We have players who are more or less at the same level, and it will be difficult to decide between them. And we didn't even mention that anything could come up at any time. Take Norbert Könyves for instance. He made his national team debut in the fall and thanked me for my confidence in him, but I couldn't invite him to the March games because he barely played due to injury and illness. He was also forced to miss the last few matches, and although his name hasn't been deleted from the list, if the situation doesn't change in the remaining rounds, I can hardly take him into account.

– Your third anniversary as head coach for the Hungarian national team is on June 19, the day when you play against France. Since 2018, how has the national team made progress?

– We felt the most emotional when we won the play-off against Iceland and, with it, winning a ticket to the European Championship. To get this far, we had to make huge changes. The players' mentality is impressive! There's an amazing connection between the national team members. I've never experienced such unity like what I've seen in the last few months. No one thinks he's anything more than his teammates, there's no first among equals, and everyone helps the team and their teammates the same way. I'm proud to coach these guys.

– Have you imagined that you could lead the team against Portugal and France at the Puskás Aréna full house with almost 70,000 spectators?
– It would be uplifting! When I was appointed, I said in the first interview that I would like to bring back the atmosphere I experienced during the European Championship in France. To this day, I have the picture of me sitting on the terrace of the café under our house and seeing people with red-white-green paints on their faces, smiling, and every second passing car is decorated with the national flag. It was nice to feel that "holy madness" that only football can trigger. Football is for the fans. You can rejoice in victories in matches that are played behind closed doors, but it's far from like when the grandstands are crowded. Right now, health and beating the virus are top priorities, but it will mean a lot to play our two home group matches in front of tens of thousands of fans. When they could be there next to us, they helped us a lot, and we felt like there were 12 of us on the pitch.

– Twelve Hungarians might even have a chance against 11 Portuguese, then 11 French...

– Those who are familiar with balance of power in football know there's no need to talk about chances. We'll do our best, but I can't guarantee that that's enough to succeed. Losing to such strong opponents is part of it, but even if we lose, it matters how we lose. It's important to be able to get off the field with your head held up high after every game. If that happens, I'll have no reason to complain. 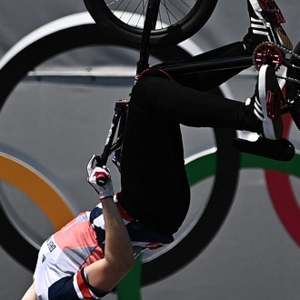 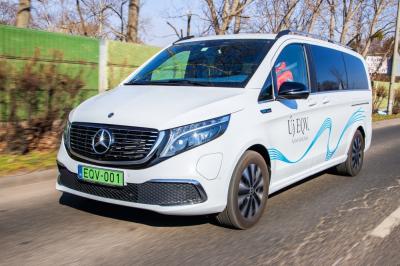