Zsolt Petry, the team's goalkeeping coach, who has worked with the club since 2015, is sacked from Hertha Berlin, the Bundesliga club's official website announced. The club's management decided to part with the Hungarian professional after the translation of his interview with Magyar Nemzet on Monday appeared on several German portals and came under fire for its content.

Hertha decided to part ways with Hungarian goalkeeping coach Zsolt Petry after giving Magyar Nemzet an interview on Monday. As CEO Carsten Schmidt puts it in the club's official statement, Petry's work has always been highly valued by the team, and he has been known as an understanding, helpful man who has never behaved in a xenophobic manner.

„Despite considering the specifics of the translation and the fact that some of Zsolt's thoughts were omitted from the published interview without consultation, we concluded that the allegations made did not correspond to the values of Hertha BSC. We thank Zsolt Petry for his work so far and wish him all the best,” said Schmidt the reason for decision.

In the interview with Magyar Nemzet, which was mostly about football, the Hungarian professional also expressed his thoughts on one or two politically sensitive topics.

Hertha has previously signed the Diversity Charter and is actively committed to diversity and tolerance because these values are important to them. However, these are not found in Zsolt Petry's statements which he has done publicly. In addition, he has not even consulted with the Berlin club about this.

Petry has been a member of Hertha's professional staff since 2015 and remained in Berlin even after Pál Dárdai was replaced by the club in summer 2019. Jürgen Klinsmann was the only member of the professional staff of the first team during which time he had worked with the youth team for more than six months. He previously coached at Paderborn and Hoffenheim and was a staff member of the Hungarian national team under Erwin Koeman in 2008.

Zsolt Petry said goodbye to Hertha with the following words in the club's official statement:

„I would like to stress that I am neither homophobic nor xenophobic. I am very sorry for my statement on immigration policy, and I would like to apologize to all the people who are seeking refuge here and who have been offended by my statement. I loved working at Hertha BSC, and I respect the club's decision. I wish everyone good luck in the future at Hertha BSC!”

We are trying to get in touch with Pál Dárdai and Zsolt Petry regarding the case, but as far as we know, a news blackout has been placed on it. 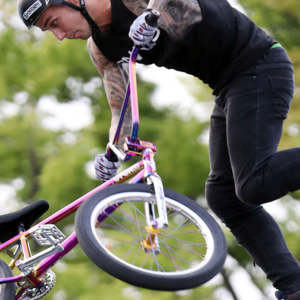