MOL Fehérvár was the odds-on winner, but Újpest is the Hungarian Cup champion!

In the final of the Hungarian Football Cup, Újpest defeated the odds-on favorite MOL Fehérvár 1-0 in extra time at the Puskás Aréna. Fehérvár also dwindled to nine players by the end of the game.

Both MOL Fehérvár and Újpest could believe that the date in question would bring them luck. On May 3, 2015, the red and blues won their second title since their existence, while the purple and whites presented one of their great score turn arounds in their history eighteen years earlier against “Vidi.” Attila Korsós' goal made the visitors lead on that match, and they almost believed they would win at the stadium on Megyeri út, but in the 89th minute Balázs Bérczy equalized, and then Zoltán Kovács scored the winning goal for Újpest in extra time. Yes, he is that Zoltán Kovács who went to the Hungarian Cup finals on May 3, 2021, as Fehérvár's sports director.

Before the 81st Cup final in the history of Hungarian football, Fehérvár had the psychological advantage as they defeated their rivals from the capital three times in the league. They won the first match 5–1, then to 5–0, and lastly to 4–0. They were also aware that what had happened in Hungarian National League (NB I) is worth nothing in another series, especially in its finals. The team lineup of the capital's fourth district may have also caused some panic as Michael Oenning sent his eleven strongest players to the battle. However, the fact that the German professional votes no confidence in any Hungarian for the starting 11 is hardly a wish to be among the most beautiful chapters of the domestic cup chronicle...

As for MOL Fehérvár FC, certainly, Imre Szabics did not send a reserve team to the pitch either. What is more, Attila Fiola or Lyes Houri got a place on the bench only. The goal of Fehérvár and Újpest would have been no other than following in the footsteps of Budapest Honvéd, as only Kispest has won the cup final so far in the Puskás Arena. They defeated Mezőkövesd 2–1 at last year's “premiere.” Budu Zivzivadze, who was still part of the Borsod-county team in the match held on June 3, 2020, was fighting to strengthen “Vidi” this time and to rectify what he failed at for the first time. His teammate Nemanja Nikolic also had extra motivation. He was a member of a team that had lost two previous finals. His rich collection of medals was missing a Hungarian Cup gold.

In the third minute, Újpest demanded penalty after Nikola Mitrovic's pass touched Adrian Rus' arm. However, referee Gergő Bogár did not whistle – correctly. On the other side, Funsho Bamgboye could have put Budu Zivzivadz in position, but he passed inaccurately, and that is why the Georgian attacker even shook his head. A setback followed the strong start. Fehérvár possessed the ball more but could not break through Újpest's defensive wall until the 20th minute after Nemanja Nikolic headed over after Ivan Petrjak's highball. The Purples' tactics were simple in the beginning, trying to get the ball quickly to Giorgi Beridze who is as fast as technical, or to Junior Tallo with a great physique. The latter also wrestled with honor, but always the superiority won.

We risk that in the previous 80 finals there was not only one that brought a better-quality game than the 81st. Half an hour passed of the match when we could have a reason to be excited about. At the end of Újpest's corner variation, Yohan Croizet was in the shooting position, but there was an error in the finish. On the other side, Budu Zivzivadze had a chance to score. Funsho Bamgboye accurately passed the ball this time, but it passed the post by an inch. There was no shortage of excitement toward the end of the first halftime, but it was a pity that an argument caused it. In any case, Gergő Bogár thought it was better to cool down as soon as possible by handing out a few yellow cards and blowing the whistle.

The parties later cared about football. Minutes after the break, Fehérvár was at an advantage. Just within a short time, Stopira, Loic Nego, and Funsho Bamgboye also struck, but goalkeeper Filip Pajovic never had to intervene. Újpest that survived the initial attacks also indicated with a shot that they did not want to spend the rest of the match defending only. Their Georgian legionnaire also confirmed it by missing the net after two nice tricks. Life moved into the game that could have taken a turning point in the 66th minute if the referee found Loic Nego's attempt to mount against Junior Tallo to be fouled. Let's just say it was much more punishable than the case seen in the third minute. Jovan Baosic, who complained to Gergő Bogár more than he should have, had a hard time that he did not get a penalty shoot. The referee gave Baosic a red card, but Újpest was lucky that the Montenegrin defender was ejected from the bench. Giorgi Beridze made himself visible on the pitch, but his shot was not in the net because Dániel Kovács showed his biggest defense with a corner save.

There were substitutions in both teams, and in the 83rd minute the first goal could have come, but Budu Zivzivadze headed the ball from a great position, but missed the net. The purple and whites had an answer for that, too, as Nemanja Antonov would have scored perhaps the most crucial and beautiful goal of his career. If the ball, shot from 22 meters with his left leg and with tremendous force, had not left the field of play a few inches above the bar. Adrian Rus' second yellow card still fits in the regular time, and then the extra time came.

Imre Szabics sent Alef in to up to fill the gap in defense created by Rus' ejection. However, the Brazilian legionnaire did the “feat” of collecting two yellow cards in two minutes to put his team at a double disadvantage. Újpest did not need more than that as in the 101st minute, Lirim Kastrati kicked the ball into Fehérvár's net. It is another matter that before the Kosovan defender scored, Junior Tallo intervened in suspicious offside circumstances.

In the second half of extra time, Michael Oenning's team had so much to do to maintain their advantage over the nine-men rivals, and after he succeeded, he began to celebrate. Újpest is the cup winner for the 11th time!

It sure was a great achievement.

Polish sources also named three clubs and wrote about a buyout price of around 400,000 Euros.

Paks Hahn János
If Rossi calls me, I'll come back – Schön left for the U.S. - NSO

He could already play in Dallas next week. He would like to return to a European top or Division 2 team in two to three years.

According to the Turkish edition of goal.com, West Ham is the sixth top league club that is interested in the defender.

FTC's Ukrainian winger wants to convince Andriy Shevchenko, he has a place in his team at the continental tournament. 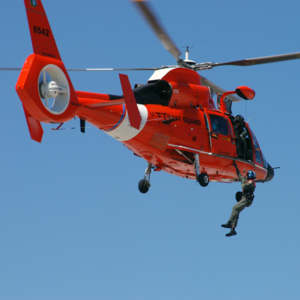 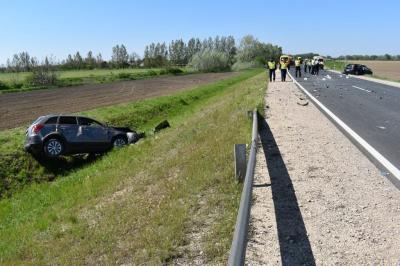