Fenerbahce signs on with Attila Szalai from Apollon

Apollon Limassol, that's playing in the Cypriot First Division, announced on its official page that their Hungarian player, Attila Szalai transfers to Fenerbahce.

The club's short statement also reveals that Attila Szalai will travel to Istanbul to attend the usual medical examinations to finalize his transfer to Turkey. The Turkish CNN also announced the news, and later, Fenerbahce also confirmed the transfer on its official Twitter page.


We've previously reported that Turkish sites predicted Szalai's change of club. According to their information, Apollon Limassol will get 2 million Euros for the 22-year-old, eight-time national team player, and the money's 20 percent, 400 000 Euros will proceed to Szalai's previous club, Mezőkövesd. However, the Hungarian club didn't react to the Turkish news.

Attila Szalai joined Rapid Wien's youth team at the age of 14 after his years at Vasas, and in 2016 he was able to test himself in the Austrian Bundesliga for a match. He became a footballer for Mezőkövesd in the summer of 2017, and then transferred to Apollon in the summer of 2019, which currently leads the Cypriot First Division.

This season, Szalai has played 19 matches with Apollon during which he scored three goals and assisted three times.

Fenerbahce is currently second in the Turkish National League.

“I had to the opportunity to win a medal at a senior world competition for the first time.”

McKennie’s, Davies’, Reyna’s and Pulisic’s examples show that the football market in the United States is changing

Motorsport: the Hungarian MotoGP race contract has been signed - NS

From 2023 for ten years, the elite of speed motorcycle racing will compete on the new road circuit.

The UEFA made it official that the two teams play in Budapest again after the first match in February.

The Hungarian Football Association (MLSZ) has announced the Norwegian and Spanish team's match in Budapest. 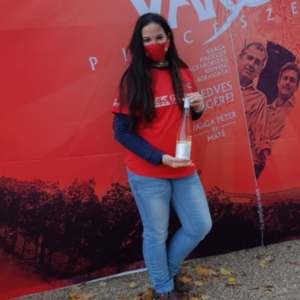