AZ could make a huge profit by selling Milos Kerkez

In the Netherlands, it is believed that if AZ's Milos Kerkez continues to develop fast and maintains his excellent form, he could be offered a higher transfer fee than his position rival, Dutch national team player Owen Wijn. Wijn has 11 caps and was sold to Ajax for €10 million in the summer. The 18-year-old Hungarian left-back could play in the Europa Conference League on Thursday.

Alkmaar is performing excellently this season, leading their country's league after eight rounds, and is also topping their European Conference League group. They face Cypriot champions Apollon on Thursday and there is a good chance that 2-time capped Hungarian national team player Milos Kerkez will make an appearance. The 18-year-old Hungarian left-back is a key player in his team and has been named in the starting eleven for every game in the league by head coach Pascal Jansen. The Dutch press has praised his talent, with the prestigious Voetbal International selecting him four times for the national team of the round, and he is fourth in the league's absolute rankings with an average rating of 7.03. We were curious to find out how Milos Kerkez's game, personality, development, and potential are perceived in the Netherlands, so we caught up with Simon Zwartkruis, Voetbal International's specialist in AZ, who watches the young footballer play week after week. 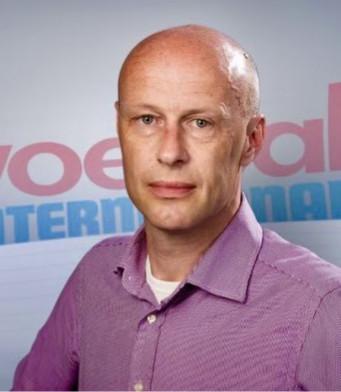 "He has a very good reputation in the Dutch press. Pierre van Hooijdonk, the former Feyenoord striker, said on state television the other day that he made a brilliant impression and AZ will benefit from selling him," Simon Zwartkruis told Nemzeti Sport. „Based on his performance in the Europa League play-off against Vitesse last season, I thought it was safe to entrust the left-back position to this guy, and the club made another great signing with him. After the Hungarian national team's game against Germany, I wrote that AZ could make a killing with Milos Kerkez, who made his national team debut while Milan could be scratching their heads for letting him go. The Dutch club is known for luring young, talented players, developing them, and then selling them for good money: Swedish winger Jesper Karlsson could be sold soon, after whom probably the Hungarian left-back is next. Kerkez Milos is developing at an incredible pace, and the Dutch are stunned to see how mature his game is for an eighteen-year-old. It feels like has three years of experience at this level. His teammates love him, he has settled in easily. From his first day at AZ, he was already at his best, chatting and joking a lot, which is not typical of his peers who come from abroad. In my eyes, he seems to be an almost developed player, his technical skills are outstanding, but the real plus is his mentality. He's full of energy, he's got great strength, and he fights hard for every ball. You can see he likes to attack, to join attacks, but that can lead to him not getting back in time, so he needs to work on finding the balance between attack and defense. If the opponent is set up to counterattack, AZ could bear the brunt of their pressing forward.”

If he improves in this area, he could reach his former teammate, 11-time Dutch international team player Owen Wijn.

"The young Owen Wijn had the same problem, and after he found his style, he signed for Ajax for €10 million at the age of 22. I must note that the Dutch left-back did not look as of a great player at eighteen as the Hungarian defender does now, who, if he continues to perform like this and scores and assists a lot, could be transferred for significantly more money than his former position rival. I think it would be worth for him to stay at the club for another season and a half and then sign for Ajax or PSV so he can show his worth in the Champions League. I could even see him signing for a top club straight away. I think the German topflight would suit him best."

He has been elected to succeed Gábor Schmidt, who has become the undersecretary of State for Sports.

Wladár Sándor MOB
Zsolt Kalmár: What I hoped for has happened, I came back stronger!

After 596 days out of the Hungarian national team, the midfielder of Dunajská Streda is more determined than ever.

"The assignment will help me to represent Hungarian sports abroad even more effectively."