On the day of the Liverpool-Real Madrid Champions League final, one of the most extraordinary goals in the Champions League finals history "celebrates" its 25th birthday. The then 20-year-old footballer from Dortmund arched the ball into Juventus' goal within a few seconds of being a substitute, and it effectively decided the battle that brought a German success of 3-1. Lars Ricken has since become the head of Borussia's farm team, and Hungarian football is present in his life not only because of Sándor Puhl.

– Who scored the biggest goal in the Champions League finals history? Gareth Bale, Zinedine Zidane, or you?
– Wow, that's hard to answer. They were all beautiful goals. I have my doubts, but I'd like to mention my own. Of course, this is the closest thing to me, it was the highlight of my career.


– What do you think the fans associate with first when they hear the name Lars Ricken? The goal you scored for Juventus, or the prodigy whose career could not be fulfilled because of a series of injuries?
– I think the first thing that comes to people's minds about me is my goal in the 1997 final. But there are a lot of people who didn't even see it at all because they thought, "Okay, it's the 71st minute, the substitutes are coming, so now I can go to the bathroom or get another beer," and then I came... Even from all these years' perspective, I can see the emotions that this goal evokes from our fans, and I don't think there is a greater recognition than being addressed after a quarter of a century.

– Sándor Puhl from Hungary was the referee for the final, and he made at least one very critical decision when he overruled his assistant referee and gave Karl-Heinz Riedle the leading goal. How did you experience this on the bench?
– I didn't even realize that the goal could be questioned, whether it would be given or not. It was a very intense but very sportsmanlike match, and I'm sure the referee had to be responsible for much more difficult matches. But there was one thing for which I really got mad at him. He gave me a yellow card for my celebration. I somehow ran out onto the running tracks, but I shouldn't have. I got a yellow card, so for the next 20 minutes, I had to be very careful not to be ejected.

– You turned professional at the age of 17, which was a miracle at the time, but nowadays it is normal to debut at such an age. What has changed in professional football in the past three decades?
– Young, talented players now have such opportunities much sooner. For example, I played my first international match after winning two league titles and the Champions League with Dortmund. At that time, there was not much demand for young players. In 1996, a year before our Champions League victory, the German national team became European champions in England, with footballers such as Stefan Kuntz, Jürgen Klinsmann, Oliver Bierhoff, but I could mention Dieter Eilts, too. When you have players like them, you don't need youngsters. Today, if there is a talented player who, and it is very important, even performs well, whether he plays in the Bundesliga or a foreign league, he can get into the national team relatively quickly. Everyone's goal is to integrate young players quickly and well into their team so that they can develop even further.

– As the head of Dortmund's farm team, you now have a great responsibility to support youngsters. Since you've been in power, I'm sorry to say this, but nobodies, like Christian Pulisic and Gio Reyna, become great international footballers. What's your secret?
– If we look back over the past years, we have worked consistently. We can say the names you have listed, but we can think of Mario Götze or Youssoufa Moukoko of our current youngsters, or that three of our under-19 players could make their professional debuts this season. I think in the top five European leagues we have the most under-21 guys and we gave them the most minutes to play. This is a wonderful argument even if we want to convince someone to come to Borussia. Of course, everyone should bring quality with them because we don't just hand out gifts... 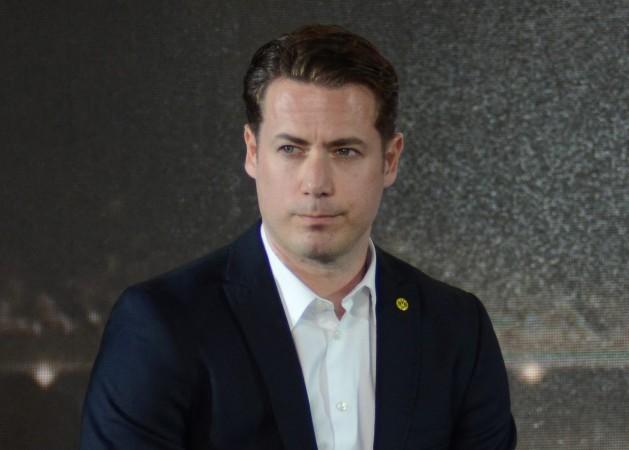 – Is this the path that would be good for BVB to follow in the future, or must it follow it directly?
– First of all, do not forget that we almost went bankrupt in 2005. The federation almost ceased to exist. Since then, our strategy has been pretty clear. We sign and train young players with the aim of gaining a foothold in the professional team. We give them value, we make sure they integrate with the club and the fans. The top clubs in Europe have completely different financial opportunities, we need a strategy, a good idea against them. We're going to continue what we did with Erling Haaland or Jude Bellingham, for example. At the same time, there is another side to our strategy because we also need experienced players such as Mats Hummels or Niklas Süle. They have to add the experience to which young people must also adapt, which can be their norm in difficult times.

– You mentioned integration. What are the most important criteria for BVB?
– I think you have to be on the same wavelength not only with the fans but also with your teammates, and you have to find common ground with them. But also with the city and the goals of the team. With most of our youngsters, we do it by simply sending them up to the Südtribüne to get an idea of what feelings they have of Borussia, what it means to love Borussia Dortmund, and what is the passion that drives the fans. Sometimes you just see this "yellow wall" in front of you, but you don't know your soul as if you've lost it. It is especially important that this is not the case but that we continue to cultivate traditions.

– What would be your most important advice to young athletes dreaming of a great career?
– First of all, they should think about why they started playing football. To enjoy the game. To be happy about it. Once that's done, next is courage. They should follow their goals and do more than others. They shall keep their enthusiasm and passion. And it may sound a little silly, but at a very young age, they should be a little grown-up. Be focused and disciplined because if they become idiots in the early days and think they're better than the others, they don't have to push to be professional – they won't have a chance. They shall be willing to work, work more than others, which will be one the decisive factors in the end.

(The full, uncut version of the interview will be available on Sport TV's YouTube channel on Friday afternoon.)