Serhiy Rebrov, who was successful with the Green and Whites, told Nemzeti Sport only why he didn't remain the head coach of Ferencváros.

– It's difficult to understand what's happened in the past few weeks, months. How do you feel now: frustrated, sad, relieved?
– I don't wish anyone my last two weeks – said Serhiy Rebrov, the Ukrainian head coach who's leaving Ferencváros, in an exclusive interview with our portal. – I could barely sleep; my mind was constantly thinking. Even though my family and I were in Turkey together, I couldn't focus properly on my sons. Early Friday afternoon, we finally signed the papers regarding the termination of the contract, but I was surprised to see in various news outlets that I had left Ferencváros. No, that wasn't the case!

– Gábor Kubatov, the president of the club, would certainly not come up with it himself that you let him know through your agent on February 10 that you no longer wished to work here. How did it happen exactly?
– After disagreeing on some things in the transfer policy at the beginning of the year, I sat down with Gábor Kubatov. I felt that with two league titles, a Europa League, and a Champions League group stage appearance, I deserved enough respect to get my opinion before signing a new footballer. The president assured me that no one would ever be signed again without my consent. However, not long after that, another footballer was in the locker room whom I've never seen before.

– Did you then tell through your agent, Sándor Varga, that you did not wish to continue working under these conditions?
– That's exactly what happened. It wasn't that I had a better offer elsewhere, or that I was tired of my job. In fact, I loved it. I just wanted to give a notice that I don't like the fact that the club is signing footballers without my knowledge. Ultimately, I'm the one who has to put together the starting lineup. I highly respect Gábor Kubatov to this day, and in recent weeks he hasn't been in an easy situation either. He had to make a decision. There was one person at the club who didn't get along with me.

– Who?
– Don't make me say his name. One of the leaders. From the beginning of our work together, I felt like he didn't like me. But it happens. This conflict could've been resolved, too.

– We heard some people came at you because you said you wanted to be the Ukrainian national team head coach one day, and if your home country called, you should be let go.
– Andriy Shevchenko is one of my best friends, can you imagine me stabbing him in the back?! That I'm running for his place?! I focused on Ferencváros' successes, and I think the results also showed that. I don't think anyone can say I took my job lightly. I haven't talked to anyone at Ferencváros about wanting to be a Ukrainian head coach. Another question is who doesn't want to lead their country's national team?! Show me a coach who doesn't!

– And what's true about trying to get a higher salary?
– My salary was low, I got high bonuses when we were successful on the European football stage. First, we reached the Europa League and then the Champions League group stages. I worked hard for the successes, and the deserved money. I never asked the club to raise my base salary.

– It was reported in the Hungarian press that you had terminated your rental apartment contract in March and had your car returned to Ukraine. How did they find these out?
– What's true is that in mid-May I looked for a new apartment with my family because what we had wasn't suitable. We looked for a home where our two little boys could feel even better. In the light of what has happened, this is no longer relevant. We loved Budapest, and we had a great time there. If it had been up to us, we would've stayed. I got attached to Ferencváros, I respect the club, it gave me a lot. There's no way I go to war against the club. I just want to make it clear that I didn't want to leave! I also know that the head coach is for the club, not the club for the head coach.

– Three years, three league titles. Do you have good memories?
– I will remember these days happily. All three league titles are unforgettable. The latter was perhaps the most difficult because it was tough to play football without fans. Ferencváros has the best fan base, and playing without them was harder. I'm not saying anything bad about the players, and everyone can believe me that I didn't plan to leave without saying them goodbye.

– Are you not coming back to Hungary at all?
– I'm definitely not going to Népliget. Preparations have started, maybe the new head coach is already there, so how would it look like if I suddenly reappeared?! I have no other choice, but to thank here the footballers and the 99% of those working at the club for the joint work. We achieved success together. I couldn't have done it alone.

– What do you think of NB I?
– I'm pleasantly surprised. We had tough rivals, we had to prepare for our opponents thoroughly every week, we couldn't take league or cup games lightly even once. Maybe we could've won a fourth league title in a row, but there's no need to talk about that.  For my part, I was motivated, and I'll be motivated at wherever I will be.

– What's next? The Greek AEK called you, and we heard about the dream salary from the Arab world.
– I was the number one candidate for the AEK's bench, but I answered that I have a contract with Ferencváros. They waited for as long as they could, but eventually, they had to choose someone else. Preparation will soon begin in many places, and where they wanted to, they changed coaches. I'm now in a much more difficult position. I had good offers, very good ones. We'll see what my future has in store.

– Do you have a message for the Hungarian fans?
– I'm not a man of words. Thank you for everything... One thing is for sure: I consider this chapter of my life closed; I really don't want to start mudslinging between Ferencváros and myself. I have more respect for the club than that. This was my last interview for the Hungarian media, no one but you have my number. I will never ever comment on the period left behind to anyone ever again. 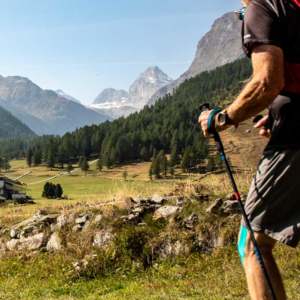 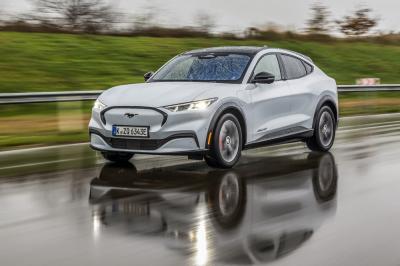