After the Hungarian Football Federation's general meeting, Sándor Csányi held a press conference where it was revealed that the MLSZ president was right a year ago when he was re-elected. Because of the pandemic, the federation faced a challenging year. He also revealed the expectations of the MLSZ towards the national team at the European Championship this summer.

– When you were re-elected as President of the Hungarian Football Federation (MLSZ) last year, you thanked everyone for having trust in you, but asked yourself: is this an honor or torment? Have you received an answer since then?
– I said this at that time because I was aware that it was going to be a difficult year because of the pandemic. Today, I can say I wasn't wrong; it really was, Sándor Csányi answered Nemzeti Sport at a press conference following the general meeting.

– What do you consider the greatest success of the past year?
– That we were able to finish the National League (NB I). There was a risk more than once of interrupting the series, but the season finally finished thanks to proper precautions and strict health protocols. Some people were even more worried than me. We made decisions that we had hoped were good, but we couldn't be sure of them. Time, thank Goodness, has proved us right. As for the results on the pitch, of course, the Marco Rossi-led national team's and Ferencváros' performance are in the lead.  I've never felt anything like it before as at the extra qualifier match against Iceland. The game wasn't as cheerful in the absence of spectators, but I was in the fortunate position of experiencing all the excitement and joy of those 90 minutes at the Puskás Aréna. See, that's why it's worth being in this status...

– Your presentation didn't mention the increase in headcount in the context of the men's National League (NB I); however, potential changes in organizing the event were. Do you consider the change necessary?
– The 12-team system seems to work, but we're always looking for ways to improve the league, how to make it more interesting for the spectators, and how to make it more sportsmanlike. Indeed, it's not entirely fair if the season consists of 33 rounds, then some teams play more on home grounds than some of their rivals. That's why there's an idea that after two rounds, or 22 matches, the teams would be split into two houses: lower and upper. Then, there would be ten more matches for each team in the playoffs on a home-and-away basis. That's how leagues take place in more and more countries, and we try to assess the experience during the time ahead. We'll ask the UEFA's opinion as well, and we'll share the “final result” with the clubs. I want to make it clear that we don't want to force anything on the teams. For the time being, I'm also somewhat uncertain about this subject. However, I believe that the change may have a positive effect. We shall start thinking, have a debate, and then we'll go from there.

– Is it already certain that VAR is coming?
– If all goes well, yes, but I can't say for sure. If no, it's only because many of those who would have a role to play in its introduction have been infected after starting the program. Unfortunately, there are still some people who cannot participate in the preparatory work due to their illness. There is still an 80 percent possibility of the video assistant referee working from next season.

– We've talked about the past year, but what do you expect from the one ahead? What's the most important thing to do?
– The most important thing at the moment is that the national team can stand their ground at the European Championship. It's not going to be easy for Marco Rossi, but let's just believe he'll come up with a surprise that is accompanied by a good result.

It would be good to introduce VAR, and I also have trust in the efficiency of the reorganized farm team system. A total of 121 “Talent Scouting and Regional Centers” have been placed under the 12 featured academies, and in exchange for the increased support, they must meet strict professional requirements as set out by the MLSZ. Those that don't perform as expected will be removed from the system. The first year will be intimidating, but I'm convinced that the chosen direction is right. The work that is now under way in this area is one of the keys to the future success of Hungarian football.

– We've talked about the A-team. Do you think we can go even higher?
– It would be nice to qualify for the World Cup. I'm sad about the draw with Poland because we could've won that game, and we could resume in the fall with nine points. At the same time, we hope that our team is strong and competitive enough that we can consider the qualification for the European Championship obvious.

– Speaking of European Championship appearance. Is there an expectation on the part of the MLSZ towards the national team?
– To win it... at least that's how we need to approach it. We're clearly in the toughest group, but if our team can stand their ground against Portugal, France, and Germany, then that's also acceptable.

Eb 2020: libabőr! Amikor 65 ezer magyar énekli a himnuszt – videó
Bierhoff: Through the past, we have respect for the Hungarians - NS

Fener's center back believes the team needs to strive for perfection. Bogdán doesn't think he’ll play at all.

Szabolcs Schön’s role model is the Portuguese legend. The winger knows it's not going to be his European Championship just yet, but he's happy for every minute to be there. 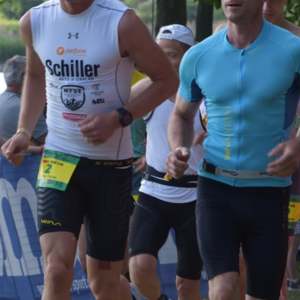 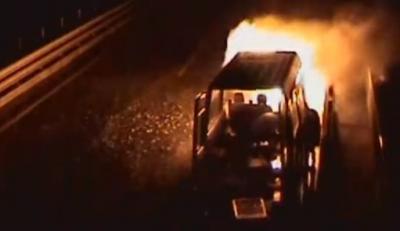