The world-famous Hungarian referee, Sándor Puhl has died at 65, the Hungarian Football Federation (MLSZ) announced on its website.

The world-famous referee who officiated in the 1994 FIFA World Cup final and the 1997 Champions League final, was 65 years old. The Hungarian Football Federation reveres Sándor Puhl, Vice President of the MLSZ Referees Committee, as one of their own.

The highly talented referee had been involved with the Hungarian National League (NB I) since 1984. He gained world fame in the 1990s and was selected as the world's best referee (1994-1997) four times by the IFFHS to honor his international sporting career. In 1994 he officiated the memorable World Cup final in Los Angeles between Italy and Brazil, and the Dortmund–Juventus Champions League final in Munich three years later, mlsz.hu recalls Sándor Puhl's career as a referee. He became an honorary citizen of Hungarian cities of Eger and Emőd and had been the Vice President of the MLSZ Referees Committee since 2010. He also enjoyed the esteem of national and international football.

Sándor Puhl had also worked as a commentator for SportTV for many years, but we couldn't see him on screen for some time because he was hospitalized with coronavirus.

The Hungarian Football Federation shares silent grief with his family that asks the mourners and members of the press to respect their request: they do not wish to comment, and they will arrange a quiet funeral later.

Sándor Puhl gave a longer interview to Nemzeti Sport Online in 2014 after the World Cup final, on the 20th anniversary of the U.S. World Cup final. When asked what a good referee is, he replied:

"The referee's mission is to keep the spectator entertained as much as possible. The judge needs to be aware of this kind of sense of mission. With every judgment, the referee gives one team something and takes something from the other. Both teams can't be favored at the same time, which we have to be aware of. For a referee, what's really uplifting is when he feels he's been able to make a match better with his judgments. The difficulty and also the greatest challenge of the profession is to lead prominent individuals along with unified aspects while allowing the individual to assert himself. Referees have a certain degree of stage fever, but only those should choose this path who can control their individuality and can give up their ego when it's necessary."

Hétfői sportműsor: pályán a Barcelona és a Napoli
Marin belongs to FTC – the total value of NB I has increased by nin 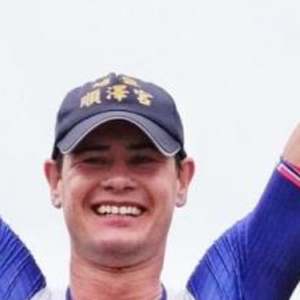