The president of the party torpedoing the Budapest olympic bid resigned

“Dream murderer" András Fekete-Győr became known with the NOlimpia campaign, and now his downfall was caused by finishing last in the 2021 Hungary opposition primary.

Hungarian political party Momentum's delegates' meeting has withdrawn support from the party's chairman, Mandiner writes. The Momentum Movement, which has no seat in the Parliament, began collecting signatures for this subject in the run-up to the 2024 Olympic bidding period. In early 2017 and in less than a month, he gathered the number of signatures needed to hold a referendum. The social unity behind the event in Budapest was supported by all parliamentary parties, but Momentum's NOlimpia campaign disrupted it, which led to the withdrawal of Hungary being a candidate. After collecting the signatures, András Fekete-Győr, president of the organization, declared about the process that "it was one of the most uplifting periods in the history of democracy in Budapest." The liberal party, which exploded into Hungarian public life through this action, and its then-known leader, András Fekete-Győr, did not get into the Parliament in 2018 despite the successful campaign. In the opposition primary seeking a joint candidate for prime minister in the 2022 election, the president of Momentum did not earn even four percent of the more than 600,000 votes, so on Sunday evening, the party withdrew support from him.

At the beginning of 2017, Prime Minister Viktor Orbán called the campaign aimed at withdrawing the Budapest bid a "dream murder." He said in an interview with Nemzeti Sport this summer: "This ship has sailed – for now. But hosting the Olympics is an eternal dream for Hungarians."

As he said, it's a love that never ends. "The necessary skills, the love for sports, the importance of sport, the national feeling, the economic strength, the culture, we have them all, and they will remain. Therefore, although we may not live then, but there will be Olympics in Hungary. We could now be brushed away from hosting the Olympics for petty reasons and self-serving politicians, but this dream cannot be taken away from the Hungarians. We are stronger every year, we are better prepared, the country looks better every year, and it is more obvious year by year that Hungary is worthy of hosting the Olympics."

It is memorable that MLSZ President Sándor Csányi himself invited András Fekete-Győr and Gergely Karácsony, who has since withdrawn from the prime ministerial candidacy, after Gyula Budai, a politician from the ruling party, called on his left-wing colleagues who opposed sports investments not to be hypocritical and not to go to the Puskás Aréna, the construction of which they also campaigned against. András Fekete-Győr and Gergely Karácsony accepted the invitation, and the former even stated in an interview that Sándor Csányi should not be afraid of Momentum in the event of a change in government. 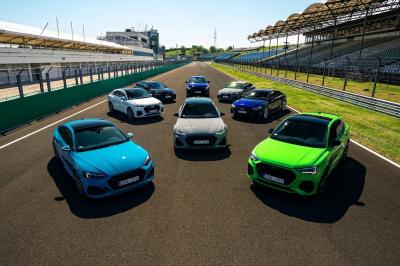