Marco Rossi: I won't invite anybody to the national team just because I like him

Hungarian national team head coach Marco Rossi, who's already preparing for the matches in March, talked about his Coach of the Year award, the appointment of Paulo Sousa and about the importance of human values.

– How has your life changed when it was revealed that there wasn't a better coach than you in 2020 in Hungary?
– Oh, it hasn't changed at all – the Hungarian national team's head coach Marco Rossi, who was chosen the Coach of the Year at the M4 Sport – Athlete of the Year Gala on January 11, started his interview with Nemzeti Sport. – I'm honored that I got the most votes, but I'm still who I was. In fact, I think this award is not primarily for me, but for what the national team achieved last year. Football is the most popular sport almost everywhere, and people in Hungary love it a lot. It's important when it comes not to goals or points, but to votes. My friend Tamás Märcz came in third despite winning the European Water Polo Championships with the national team. His team became the best on the continent whereas mine “only” made it to the Europeans which is a big difference. There's also a difference between us. While Tamás is one of the best coaches in his sport in the world, I'm not. It's also true that he's happy for my successes just as much I'm happy for his. And while we're at it, I'd like to congratulate all the winners and nominees for their successes. Every Hungarian can be proud of them.

– The pictures show that you were moved when Fabio Capello, although virtually, but presented you with the award.
– It was touching, of course. I was honored by one of the best Italian coaches. I hadn't known him, but a year ago when I visited MOL Fehérvár and Puskás Academy training in Marbella, we ran into each other in one of the training centers. We exchanged a few words, but I didn't think that a year later he would congratulate me on being coach of the year. I was really surprised as I didn't know beforehand that he was going to welcome me.

– I assume you'd love to win the award back-to-back.
– Mainly because it would mean that the Hungarian national team is doing just as well this year as it did last year. It's not going to be easy, but no one forbids us to dream big.

– Was there some time to rest after the intense fall season?
– After recovering from COVID, I went back home to Italy in mid-December, and it's been ten days since I returned. While I was at home, I tried to spend more time with my loved ones and think less about football. However, I had little success as I realized I was thinking about the World Cup qualifying round with Poland. Although that is the first qualification match, it will be important. Just like with the following games against San Marino and Andorra, we cannot lose points. I'm constantly analyzing the opponents' and our performance with my colleagues. Most tournaments have resumed after the short winter break, and it's gratifying that most of our players are back in the game. In the period ahead, it's important that every player should have the opportunity to play. However, as the national team head coach, with the Europeans in mind, I also need to make sure that they don't play too much. The majority of the footballers will play twice a week in order to make sure they won't be exhausted by the time the Euro 2020 starts. We'll need players in good shape only. 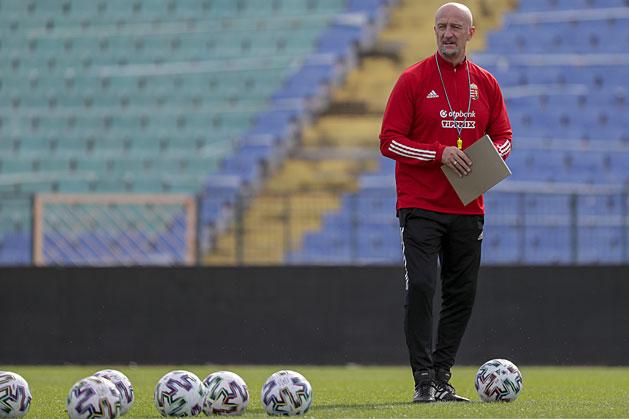 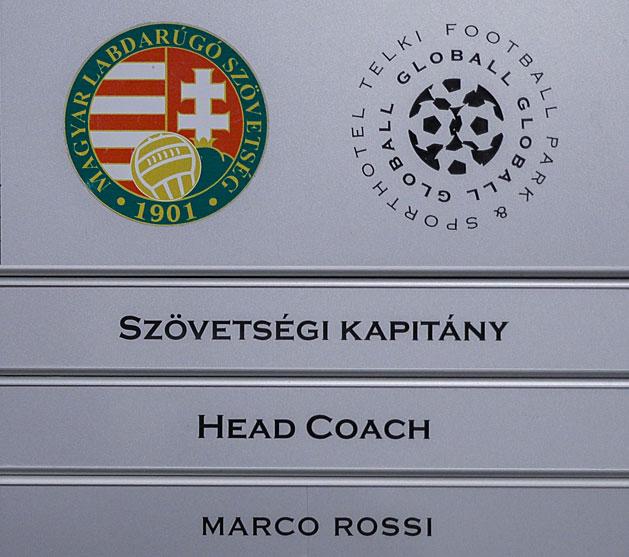 – Let's stick with the first game this year. Does it make it difficult for you that Paulo Sousa was appointed Poland's head coach?
– I'm happy that Paulo Sousa has job, but not happy that he is the Polish national team's head coach specifically. He is a world-renowned professional, and has proved it in Hungary, England, Italy, France, Switzerland, and Israel. I don't know his predecessor Jerzy Brzeczek, so I cannot judge his work, but I have no doubt that he did his best with the team. On the other hand, I know Paulo Sousa, and I can say that with this appointment only one team got lucky, and it is the Polish.

– Does August 12, 2012 remind you of something?
– My first and last match against Paulo Sousa. He led Videoton and I led Honvéd. The match is memorable because we won 1-0 in Székesfehérvár, and because after the referee sent Szabolcs Kemenes off in the 90th minute, Ivan Lovric replaced him and defended Nikolic Nemanja's penalty. My statistics are still immaculate, but I'm afraid I can only brag about it is because I haven't seen him since then. I hope he doesn't equalize anytime soon. 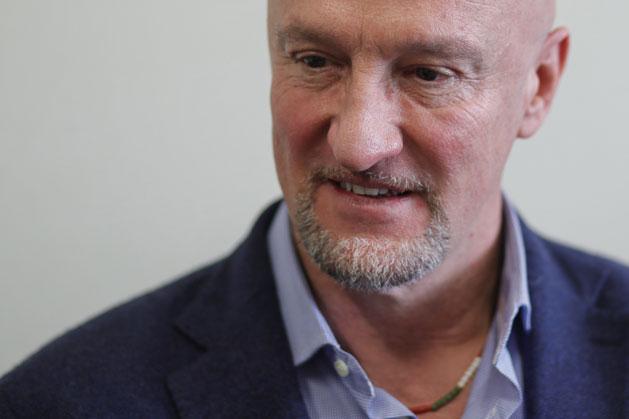 – You could send an invitation to Ivan Lovric, a Hungarian national, for the game in March.
– Not a bad idea, but I trust my goalkeepers Péter Gulácsi and Dénes Dibusz.

– You cannot complain about your field players either. Among them, Attila Szalai and Dominik Szoboszlai changed clubs. Did they make the right choice that the former signed on with Fenerbahce and the latter with RB Leipzig?
– Absolutely! Dominik took a step forward, but not too big. What he's learned in Austria will be of great use. Salzburg and Leipzig have a similar football philosophy, but the Bundesliga is stronger than the Austrian one which could serve Dominik's development. Now we need to root for him to recover from his injury as quickly as possible to regain his fall performance. If that happens, I'm sure he'll overcome the obstacles.

– What do you think of Attila Szalai's choice?
– He made the perfect choice! He asked my opinion, and I agreed that Fenerbahce is a great step forward in his career. We're talking about one of the best Turkish teams. Attila was at the right place at the right time. If he shows what he's capable of doing, he can go even higher in his career. 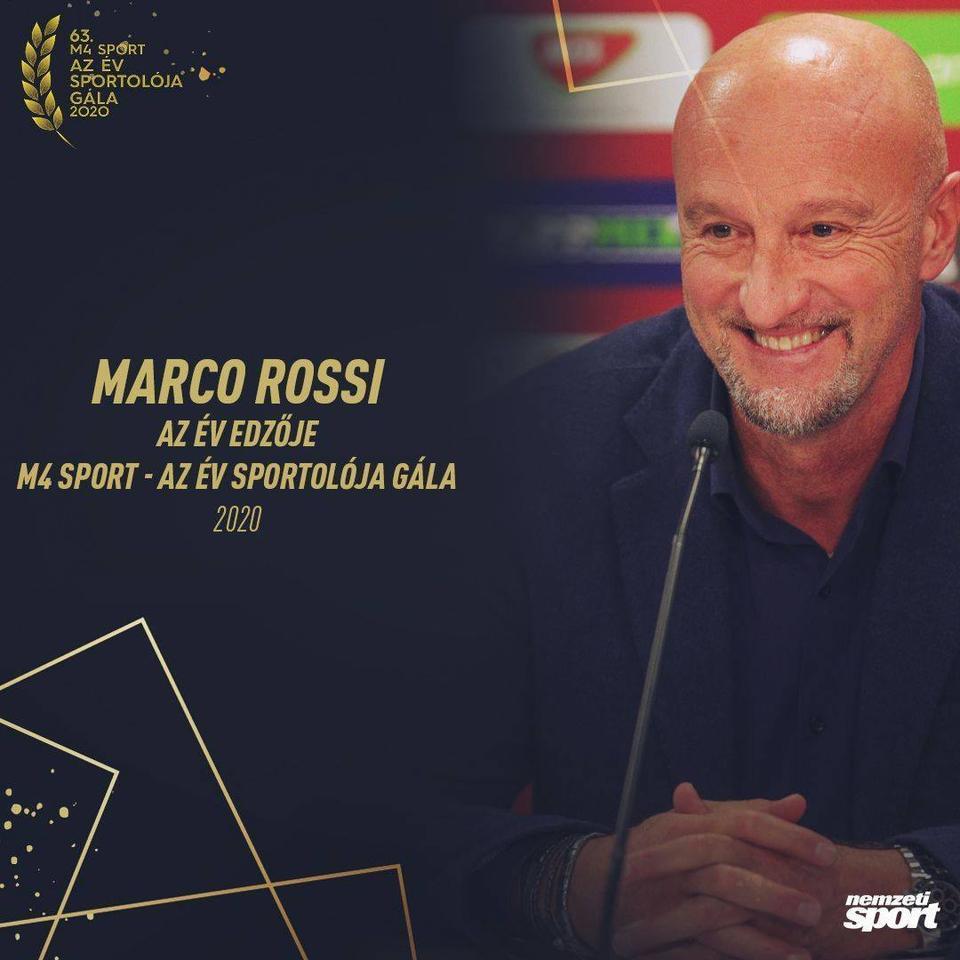 – You've recently stated in Sport Slovakia that signing either Norbert Balogh, Márton Eppel, Soma Novothny or Gergely Bobál as center-forward is not current at the moment due to various reasons. “Only Ádám Szalai is at my disposal,” you said. Doesn't that worry you a little?
– I hope this state changes, and mentioned players will be in a condition when I can sign on with them. Regarding Ádám Szalai, a lot of people criticize him and me because I count on him again and again. Let's clarify something! I look at every player as if they were my sons because of the age difference too, but I won't invite anybody to the national team just because I like him. Szalai is a national team member and is the captain of the team because he deserves to be one. He is a real leader, he is with the members for better and worse, and he is one of the best people I've ever met. We've talked a lot nowadays, and I realized that he is being selfless, is thinking responsibly and puts the team's interest ahead of everything else. He's recently said that he doesn't know how many games he'll play, how many minutes he can spend on the field, but he appreciates every opportunity. He noted that if he gets a couple minutes only, he wouldn't be able to fulfill his position as team captain and is willing to pass it onto someone more worthy of it. This also shows his characteristics and confirms what I believe in as a coach. First, I look at what kind of person someone is, and then what kind of player he is. Ádám still wants to continue play football at the same level he's been playing at for the last ten years. He isn't driven by money; he doesn't sign on in the Middle East or China; he wants to prove himself in the Bundesliga. Ever since there's a new coach in Mainz, even as a substitute, he's always played in every game. His injury is in the past, so he's training and playing more. Overall, his condition is better now than it was in the fall.

– You explained that the teamwork was excellent, and that's why you could advance to the Europeans and the Nations League. Can this attitude be enhanced more?
– The mentality, team unity and the atmosphere were perfect. If we pick up in March where we left off in November, I'll be satisfied. There are certainly areas where we need to work on, and I wouldn't mind if I could invite a player or two to the team. Those who played their part in last year's success have priority, but that doesn't mean the door is closed. We're watching every footballer we can think of – even young people abroad as well. However, they can only expect an invitation from me if they not only make their debut in the senior team, but also play regularly.

– See also Dominik Szoboszlai.
– Exactly. Most fans and journalists would've given him the senior team jersey earlier, but I waited for the moment when I felt he was ready. It will have been two years in March since I invited him. We slowly built him into the team, and he's now become a dominant player. The same thing can be said about him and the national team: we trained step by step and we finally came a long way.

"Because of the Olympics and my younger sister’s death, it took me some time to find myself, but I think I did it."

He decided at a very young age that if he ever got far in his career, he would like to be a Hungarian national team player.