Cycling: Attila Valter made it to the Netherlands from the garage in Csömör

It may seem that Attila Valter's fate was decided in advance – that he is going to become a cyclist. Of course, the story is much more exciting and freer, but his father still deserves a lot of credit for his son making it to Jumbo-Visma.

"I think I've been racing since I was born," said Attila Valter in a previous interview, in which he talked about his childhood and bikes. His statement was not exaggerated at all, as the Csömör-born young man's father, Tibor Valter, was already a cycling coach, so Attila grew up in such an environment. The saddle, the two wheels, and the chain quickly became an integral part of his everyday life. So much so that he says he started going to races earlier than training – not on the tarmac, of course, but mostly in very short-distance mountain bike races, as he puts it, "if it could fit in the car".

The shared passion of father and son is not necessarily safe and healthy, especially when it comes to sports. There is a danger that when a father is a coach and a competitor and his son grows up with the routine of tens of teenagers arriving at the family garage in the afternoons for the start of training sessions - as was the case with the Valters in the early 2000s - the child becomes so deeply involved in the sport at a young age that they will not have a choice about what to do as an adult or even what leisure activity to do as a teenager. In this case, however, there was no coercion or parental pressure: "The door was always open, I could've gone out at any time and even try other sports. I knew my dad wanted me to be a cyclist, but he didn't decide for me, and he also supported me in everything else. I skateboarded, did BMX, played handball, basketball, and even the drums," Valter explained in the interview. As for the rest of the family, Attila's sister, who is three years younger than him, and his mother are not 'infected' by cycling, but this does not cause any conflict within the family. “I've learned it quickly that they don't like cycling, but us. For that reason, they follow my races as much as they can, but it was always very important for my father and me to keep our 'non-athlete' selves, and in that sense, they bring a different color to the family."

Attila Valter turned professional with Pannon Cycling Team in 2018, the same year he became the most successful Hungarian rider at the Tour de Hongrie and finished second in the mountain classification behind Poland's Patryk Stosz. At an international level, he came to the attention of the public at the first stage of the 2018 Okolo Slovenska, where he immediately took his place on the podium, behind two-time world champion and six-time Tour de France stage winner Julian Alaphilippe. His performance did not go unnoticed: the Polish branch of the CCC, the CCC Development Team made an offer, and he said yes to joining the Polish team as the only foreigner in the otherwise only Polish lineup. The switch was not only a step forward in his career as a rider, but also brought a lot of new things as a human, as well as a bigger income – remember that our cyclist was only 21 years old at the time. 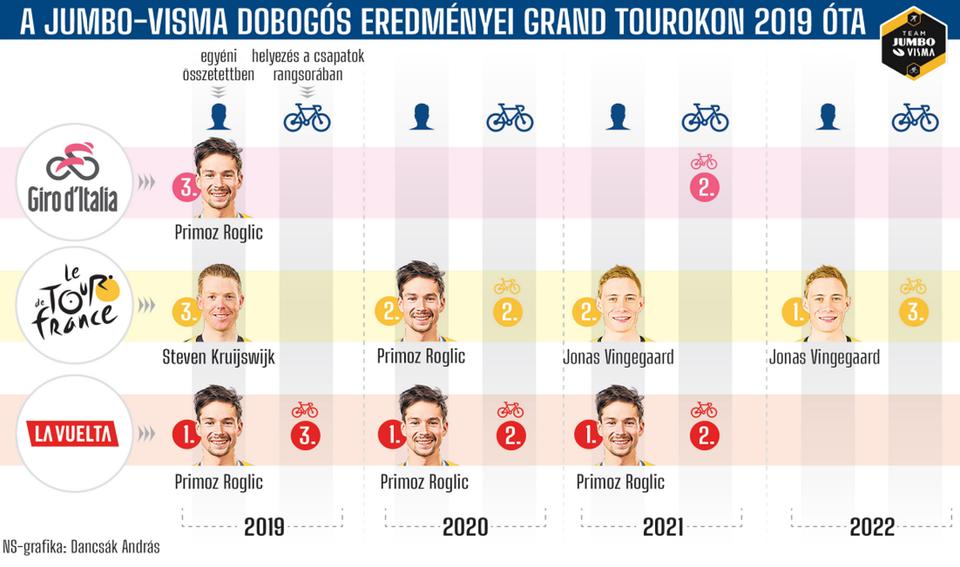 CCC could not stay afloat in the economic environment created by the coronavirus, but Valter was not without a team for long, he was soon snapped up by Groupama-FDJ, sponsored by the French National Lottery.

But back to the pandemic period for a few words. Because the intensity with which the young athlete continued to train, even when most people only ventured out onto the streets to do a bit of grocery shopping, is a very good indication of his fanaticism:

"I did a little three-weeker on my own. I did about ninety hours of cycling, including a time trial distance, flat, and uphill. Of course, at times, that made my teammates think I was stupid.”

At the fourth attempt, in 2020, he was unbeaten neither in the overall nor in the mountain points race at the Tour de Hongrie, making him the first Hungarian winner of the Hungarian tour after fifteen years.

The momentum only grew from there: after László Bodrogi's Vuelta participation in 2007, he became the next Hungarian to compete in a three-week race after he joined the CCC for the 2020 Giro d'Italia, which he rewarded with 11th place in the young rider classification.

If we were to ask Valter which color he thinks of for 2021, he would most likely say pink.

And for a good reason: in last year's Italian three-week race, which was his second participation there, he led the overall standings for three stages and was able to wear the maglia rosa, the pink jersey that goes with it. In this sense, he is a pioneer in Hungarian cycling as no other Hungarian cyclist can claim to have worn the distinctive top in any of the three major races (Tour de France, Giro, and Vuelta), although he did so two stages earlier when he was leading the under-25s after the fourth stage. In the overall classification, he led for three stages, and in the young riders' race for five stages, he finished 14th.

Attila Valter's main strength - which Jumbo-Visma probably saw in him - apart from being a very good cyclist, is perhaps his human side. The 24-year-old athlete has been building his career maturely for years, always taking conscious steps just as big as they motivate him to progress, but they are still not too big of a bite. It is thanks to this system, which has worked excellently so far - in which, let's not forget that Tibor Valter also plays a huge role - after his CCC and Groupama days, Jumbo-Visma does not see him as a water boy in the long term. The fact that he asked his manager in advance not to discuss specific amounts in his presence while negotiating with the best teams in the world, is evidence of the same purposeful building. Valter's career has not been one big explosion, but each year he has surpassed his former self, so we can be sure that this career is far from reaching its peak.

Valter's new team, Jumbo-Visma, has been operating under this name since 2019, before which it was known as Lotto NL-Jumbo. Thanks to the many sponsors, the club, that currently wears the names of the second largest Dutch supermarket chain, Jumbo, and the Norwegian software manufacturer and IT consultancy firm that replaced the Dutch state lottery as the eponymous name in January 2019, has competed under a variety of names since 1984. The most famous one was Rabobank (1996-2012) and won its first three-week races under this name: the Vuelta in 2007 and the Giro in 2009. They were no able to win another round at the Italian race while the club had to wait until this year for Jonas Vingegaard's first victory at the third major race, the Tour de France. While the Vuelta was dominated by Primož Roglič for three years from 2019.

At the time of Roglič's success in 2019, it was by no means one of the teams with the highest in the field, but with the arrival of Jumbo, among others, it had €20 million to spend, and last year it had €27 million, and that figure has increased this year. Of course, even this is still far from Ineos' annual budget of €50 million and the UAE's €35 million.