Ádám Nagy: We were all shocked by what had happened to Eriksen

According to Ádám Nagy, the Portuguese national team's strength hasn't changed from five years ago while the Hungarian team has had a generational change and has improved. Two days before the Hungary-Portugal Euro group stage match, the Hungarians feel the pressure, but it's more of a sweet burden for them. The midfielder also revealed that he was shocked by what had happened to Christian Eriksen.

At the beginning of the press conference, Jenő Sipos, spokesman of the Hungarian Football Federation (MLSZ), talked about the shocking scenes of Saturday's Euro group stage match between Denmark and Finland.

"On behalf of all Hungarian players, leaders, and fans, I would like to wish Christian Eriksen a speedy recovery. His case also emphasizes the importance of professional medical staff attending every match. We also saw the professional care he received from the medical staff in the critical moments. His fellow players, opponents, and fans also acted professionally. Get well soon, we're with you!"

He then reminded the Hungarian fans who are on their way to the Hungary-Portugal match on Tuesday afternoon. They should take their wristbands at the designated points (preferably) on Monday or Tuesday, use the Euro 2020 app with the latest information, and they should plan their travel using public transportation because it won't be possible to park near the Puskás Aréna. Fans from the countryside are asked to leave their vehicles in the P+R, and they also should approach the stadium using public transportation. He added that hundreds of volunteers will help them navigate.

Then came the players. Ádám Nagy also received the first question about Eriksen, and the Hungarian midfielder recalled how the team found out what had happened to the Danish national team player.

"Our afternoon training was over, we started changing when the first news came about what happened on the pitch. We're all in shock because it could happen to any of us. I can speak for all of us that we would like to see him calm and happy with his family as soon as possible. We've also talked several times about whether these things could be foreseen, whether they could be prevented. Unfortunately, it wasn't the first time, and it won't be the last. It's terrible."

Regarding the upcoming match against Portugal, he said the pressure on them is increasing.

"In Austria, we talked about it in a more relaxed manner because we were still a long way from running out on the pitch of the sold out Puskás Aréna. It's close now, almost at arm's length, so there's pressure on us, but we can handle it well. This isn't a negative burden, but rather a sweet one since we represent our country at the partly nationally hosted European Championship, which may be a one-time opportunity only. We'll do everything we can to start the tournament just as well as in France five years ago.”

He said he thinks the Hungarian team has changed the most since the 2016 group stage match of 3-3 because the squad has gone through some generational changes.

"I think the Portuguese are neither stronger nor weaker. They're still full of good quality players, but I feel like we've gotten stronger since then. We've got good preparation behind us; we could learn the tactical elements. I'm really looking forward to Tuesday's game. I'm expecting a balanced game where only a goal or two will decide the result. I hope that we can celebrate the success of the Hungarian national team with the fans after the meet, even if it's in spirit only."

Kevin Varga wasn't at the European Championship five years ago, so Ádám Nagy and the others tell him what it's like to participate in such a big tournament.

"I don't think you can prepare for the tournament by the others telling you what the last one was like. You have to experience it yourself – especially since we can't imagine what it's going to be like to run out on the pitch on home grounds on Tuesday. Everyone prepares for this on his own. Everyone knows what he's doing, and that's the most important thing to success.”

In response to a question from Nemzeti Sport, he revealed who the two people are in the team that he most believes in.

"Not only me, but everyone believes in them. One is Marco Rossi, who gives his players personalized instructions on what exactly he expects from them in their given positions. The other is Ádám Szalai, who, like a captain, unites the players on the pitch. He gives advice on the pitch that, for example during preparation matches, we couldn't hear from the bench when we played in front of 10,000 fans.”

THE 26-MEMBER HUNGARIAN LINEUP FOR THE EUROPEAN CHAMPIONSHIP 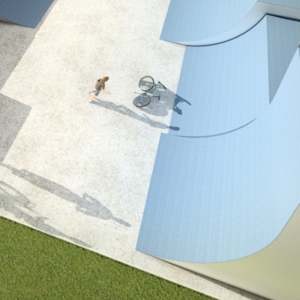 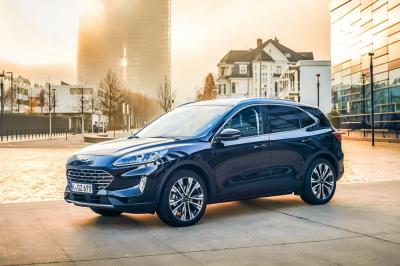