Out of the predecessors of the 46th US President Joe Biden, Washington rode horses, Ted Roosevelt boxed, and Ford was a collegiate American football star.

Joe Biden was inaugurated on January 20th and became the 46th president of the United States of America since its history starting from July 4, 1776. The 78-year-old Democrat Biden, who brought Donald Trump to heel in a controversial way – according to half of the citizens – played American football (later might be referred as football only) in his young days. He was a halfback at Archmere Academy, a private Catholic college preparatory school in the state of Delaware.

Almost all of his predecessors were addicted to some form of exercise; thus, strengthening the image of an action-packed, athletic leader in Americans.

For example, one of the founding fathers, enthusiastically attacked by today's BLM, was George Washington (1789-1797). He was the first man to hold presidency, who (as we know from the recollections of one of his successors and comrade-in-arms, Thomas Jefferson) was one of the greatest horsemen of his age. If time allowed, he saddled a horse to worship his free time. But it was only when he didn't practice wrestling, archery, swimming or playing pool, because he also practiced these sports at a particularly high level.

Abraham Lincoln (1861–1865) who is also put in pillory nowadays, adored wrestling at a young age. He reportedly suffered only one defeat, and his sport was so grateful to him that the National Wrestling Hall of Fame named him “Outstanding American” in 1992. Lincoln threw Jack Armstrong, the neighboring town's undefeated champion, and pinned his shoulders to the ground in a small town of Illinois in the early 1930s. True, the sad glory is also his as he was the first president (there were four in total) to be assassinated.

After William McKinley's murder in 1901, Republican Theodore Roosevelt was inaugurated at the age of 43. He was an obsessed boxing fan, and even sparred with his subordinates in the White House during his presidency. His athletic career came to an end when the young Army artillery officer gave him a permanent eye injury. His cousin, the only one in American history, was elected three times for a four-year term (he couldn't serve for more than eight years now)

But unlike Ted, Democrat Franklin Delano Roosevelt (1933–1945) couldn't think of elite sports due to being stricken with polio. However, not only could he swim, but with hard trainings three times a week, he managed to strengthen his arms and upper body enough to be able to stand up from the wheelchair to fulfil his presidential duties – for example, to win World War II. After his first election, New York Daily News held a fundraiser, and a 50-foot (about 15-meter) swimming pool was built in the White House for the president so that he can stay in shape while working. (His successor, Harry Truman who wasn't a big sports fan built the first bowling alley in the White House…)

Dwight D. Eisenhower (1953–1961) played American football at United States Military Academy West Point as running back and linebacker. In 1912, in a match against Carlisle, he once played with Jim Thorpe, a classic pentathlon and decathlon Olympic champion in Sweden whose gold medals were deprived (but rehabilitated seventy years later) due to a professional status prosecution. The World War hero “Ike” as president remembered Thorpe in the 60s as someone who had been better than anyone else even without special training. However, Eisenhower's heart wasn't beating for football, but for baseball, but he couldn't get over the fact that he didn't make it to West Point's team.

“Perhaps this is the greatest disappointment of my life,” he said shortly before his death, indicating that even the victory of John Fitzgerald Kennedy, who had triumphed over his former vice president, Richard Nixon, in 1960, did not bear him so much. Anyway, the athletic Eisenhower was taken by his seventh heart attack in 1969.

JFK was handsome and persuasive, but in contrast to others, he couldn't show a sports career. True, similarly to his siblings, he also swam and played football at Harvard, and was a great golfer too. With his Irish ancestors in mind, he cheered for the Boston Red Sox and frequented Washington Senators baseball matches, but he used sports not to exercise, but to promote himself in the VIP lounge of the matches in the company of his decorative spouse, Jackie. Until he visited Dallas on November 22, 1963…

Richard Nixon (1969–1974) was actually the biggest sportsman as not only was bowling his everything, but he automatized the one-lane bowling alley in 1973 in the White House. He also couldn't stop to not get involved in American football. He could do it easily because he was friends with the head coach of the Washington Redskins, George Allen. According to an urban legend to this day, a day after Christmas in 1971, they played a play-off (the first in fifty years that the Redskins played) with San Francisco 49ers. Nixon himself suggested Allen a play to run that ended up turning the 49ers around and kicking the Washington team out. But the Watergate scandal was certainly not the result of this capital error…

His vice president, Gerald Ford (1974–1977), who replaced him out of compulsion, played football at the University of Michigan brilliantly in a way that his jersey number 48 “retired” in 1994, and cannot be used anymore. Even in the 1930s, when he was studying there, he was a real star of the team and he led Michigan to the national championship title unbeaten in 1932 and 1933 as a center, linebacker and not infrequently as a long snapper. A year later the team wasn't successful, but Ford had helped defend Michigan for a 0-0 at halftime against the then-favorite Minnesota a way that he still remembered the heroic match even as president: “During twenty-five years in the tough-and-tumble world of politics, I often thought of the experiences before, during, and after that game in 1934. Remembering them has helped me many times to face a tough situation, take action, and make every effort possible despite adverse odds.”

Then, “Jerry” Ford was able to step on the lawn of Solder Field against the Chicago Bears at the Chicago College All-Star Game in 1935 where he played brilliantly. He graduated from college, and rejected Detroit Lions' and Green Bay Packers' offer from the NFL right away because we continued to study Law at Yale. There, he became a boxing trainer and the assistant coach of the university's football team. Later, he is the U.S. vice president, then president.

Ford's Democratic Party successor, Jimmy Carter (1977–1981) brilliantly played tennis and basketball at Plain High School in Georgia. In Annapolis where he attended the prestigious United States Naval Academy, he was not only a part of the unbeaten cross-country squad, but he was also one the bests in short distances, 100 and 150 yards. As president, however, he preferred fishing in Camp David (and between two trout catches he signed the famous agreement with Anvar Sadad and Menahem Begin in 1978 which resulted in the Egyptian president and Israeli prime minister receiving the Nobel Peace Prize), and also liked hunting quail in Georgia. 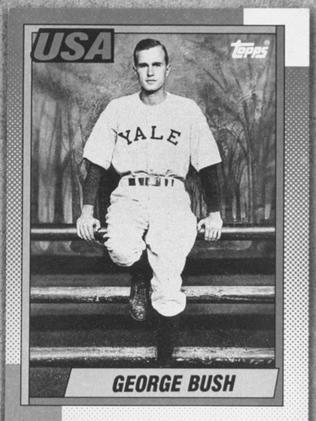 Carter in his older years enjoyed jogging only, and so did George H.W. Bush (1989–1993) who, just six months after his election (July 11-13) visited Budapest that was on the verge of regime change. During his visit, he also made his bodyguards and the Hungarian security service mad because of his hobby. Bush, who was a regular athlete on his travels abroad, decided on the afternoon of July 12 to play tennis at the Vasas Pasaréti Sports Center, but his partner chosen from the U.S. Embassy didn't come (who could've it been and how did his career further develop?). So, instead, he jogged ten laps that is four kilometers between his bodyguards and the young Vasas athletes to their great surprise... At the dawn of his career, of course, Bush didn't prefer running and tennis, but he played baseball seriously. He was the leadoff hitter at Yale for the college team that entered the College World Series in 1974 and 1974. True, at first California, then Southern California proved to be better than the Yale sons. 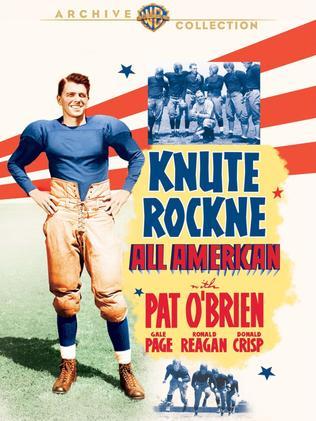 Bush's predecessor Ronald Reagan (1981–1989), besides being a member of Eureka College's football team and was the swimmer's captain in Illinois, he also played sports on screen. For example, he played Notre Dame's football star, George Gipp in the 1940 film Knute Rockne, All American, baseball star Grover Cleveland in The Winning Team (1952), and played a radio sports commentator or just gave his voice countless times since he had worked by the microphone himself in his youth. As California's governor, his assistant had been Buffalo Bills' former leader, Jack Kemp who later was nominated as a Republican vice president in 1996. NBA's big finale began a day after Ronald Reagan's death on June 5, 2004, between Los Angeles Lakers and Detroit Pistons. Before the match, the 19,000 spectators and the two teams shakenly said goodbye to the former president at Staples Center...

George W. Bush (2001–2009) also attended Yale, but he wasn't as good in baseball as his father was in sports (and politics as well...) True, he was the co-owner of Texas Rangers, his favorite Major League Baseball (MLB) team between 1989 and 1994. In 1993, on the other hand, at the age of 46, he ran the Houston Marathon smoothly - with a time of 3:44:52. Already as president, in 2002, at the age of 55, he put a fair 20:29 three-mile run on the table. Then, after leaving the White House, he began to show an unexpected interest in mountain biking – he often rides mountain bikes on his Texas estate over seventy years of age…

Barack Obama (2009–2017), whose vice president was just inaugurated as President Joe Biden, grew up in Hawaii where he hadn't dreamed about becoming the President of the United States one day. Instead, he imagined becoming a basketball star. In Punahou, he once wrote in his classmate's yearbook: “Go on and get that law degree, and I'm going to be a famous basketball player, and when I need to sue my team, I'll call you.” Obama won the state championship with Buffanblu in 1979, playing in a jersey with the number 23 on it (same as the great Michael Jordan's), helping his team secure two points off the bench in the final 60-28 against Moanalua.

Donald Trump (2017–2021) as businessman obviously didn't wrestle or play basketball, but rather played golf, and during his presidency he often found himself in conflict with the American sports elite. In 2017 when Colin Kaepernick and his football team kneeled down during the National Anthem, he sent them to their mother with unsolicited words, and said he would never watch football again. All Trump tweeted about LeBron James was that he thought he was a stupid man, and he made rather mocking statements about athletes in general. Of course, these athletes were reluctant to visit him in the White House after their championship victory despite it's been a tradition for many decades.