Hungarian national team: We showed we are determined – Schäfer

What he dreamed of at the start of the qualifying series can no longer become a reality, but András Schäfer has good news: in the future, they can do something to make it to the World Cup.

– Is that glass half full or half empty then?
– It is difficult to answer – DAC midfielder and 13-time A-team player András Schäfer told Nemzeti Sport. – Let me go back to the beginning of the qualifying series: we aimed for finishing at least second for the qualifying play-offs. Unfortunately, it's fair to say today that it didn't work out – mainly because we lost to Albania twice. Those defeats also bother me because the match in Elbasan and Budapest could have been different – let's remember that before the Albanians' goal, we had an opportunity both there and at home. In the end, two faults resulted in us losing six points to Albania, and obviously it was unacceptable. If I look at it from this point, the grapes are sour.

– And if looked at from a different point of view?
– We performed well in Wembley, and we are proud of that. As a team, we responded well to the second defeat by the Albanians, and we showed that we are determined. At the same time, we have proven that if we are under pressure, we can handle that as well. In London, we stood our ground against one of the strongest national teams in the world, which is encouraging for the future. Maybe we could have done more than just a draw. There was a period or two in the match in which we had a chance to score our second goal, and that could have even meant our victory. It also required us to play fearlessly, with courage, and help each other out wherever we could.

– So, is the glass half full or half empty?
– At the moment, I'm more disappointed than happy because what we dreamed of can't come true just yet. However, we have to be realistic about things. Thirteen nations from Europe qualify for the World Cup, and currently, we are not among the top thirteen. The good news is that in the future, we may, and should, do something to change this situation. I don't know of any Hungarian footballer who doesn't want to play in the World Cup. We've got two games left in this series, and we can't look at them as they aren't important. In fact, they are important because they can also affect our future, and where we finish in the group. We have to perform the same way against San Marino and then Poland as in Wembley!

– Have you ever talked to each other about why you lost to Albania twice while you're worthy opponents of the most powerful national teams in the world?
– I would like to point out that the Albanians are not bad either, and that most of their starting footballers play in Serie A. Regardless, we could have beaten them at least once... Perhaps it suits us better when we have a solid defense, and we do our counterattacks. Success has many components in football as well. To give you just one example: utilizing opportunities. Against England, we did an attempt, which resulted in a goal, but against the Albanians the ball bounced off the goalpost. If it bounces inward, we'll take the lead, and I'd say we could have maintained it until the final whistle. And then we could talk about how we can play in the World Cup qualifying play-offs.

The tennis player from Sopron feels she made the most of last week's tournament in Hamburg.

Babos Tímea
Dzsudzsák: I think of our performance so far as a failure - NSO 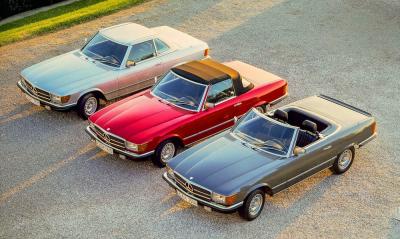