Endre Botka: Mbappé and players of similar caliber fear for their feet

Endre Botka was ripe for a great opportunity and also revealed how he and his Hungarian teammates had spent time at the training center in Telki.

– Have you processed what happened to you?
– It takes time for the events of the last few weeks to settle down – said Endre Botka in the garden of his family's nest after his son Endre Jr., was laid to bed. – I'm someone who finds it hard to show his feelings.

– Despite the elimination, were you able to celebrate?
– I've been having mixed feelings since then. We were on the verge of an opportunity that who knows when we would have again in our career. Advancing from the group of death to the knockout phase was just a step away which was difficult to process. All of a sudden, I didn't even know if I should be happy or sad. The draw of 2-2 against Germany was great in Munich, especially since we led twice. If we advanced, the world might've celebrated us for the rest of our lives. I would've loved to have stayed in this madness.

– You played through all three matches against Portugal, France, and Germany. Which one was the hardest?
– France. In that clash, I felt that the opponent could pull something off at any moment that we wouldn't have an answer for. At times, it seemed that they were running on the pitch at a speed that it was impossible to keep up with, which is why the draw was a great success for us. I had to focus so much that my eyes almost dried out, I didn't even want to blink to not lose sight of the forwards.

– Kylian Mbappé plays the ball with ease towards the goal...
– That's exactly what I felt as well. He takes big steps and moves fast that we defenders have to keep us close to each other so that if he gets past one of us, there's another teammate to block him. It was the only way to stop him. But I also felt that footballers of his ability didn't like being treated tougher at all.

– Right, you are tough enough yourself. If it was necessary, you blocked Cristiano Ronaldo, or put Kylian Mbappé across the sidelines. Is that fighting style part of your defense?
– Absolutely! At this level, it is practically mandatory. That's why it was good that we played a lot of international matches with Ferencváros in the last period; first in the Europa League group stage and then in the Champions League. I've gained a lot of experience in these clashes. I realized there's no time to be polite. I wasn't so prepared before, but I knew at the European Championship what to expect from these footballers. Kylian Mbappé looked to be fearing for his feet after a couple of hard tackles. He didn't go into the match the way he had done before.

– The fans would've wanted to pamper you. Did many of your friends and family ask for tickets?
– Interestingly, they did not. Maybe they felt it was an impossible request. All the tickets I received were handed out to the family members who were at both clashes in Budapest. We were afraid to bring out my 1.5-year-old son to such a crowd, and perhaps he would've been frightened among the nearly 60,000 people in the stadium. But it's okay. When he's older, I'll show him the tapes of the atmosphere during the matches.

– Didn't the family go on a trip to Germany?
– No, but those tickets weren't wasted either. With little exaggeration, the entire professional staff of Fradi, from masseur Gábor Lipcsei to Dr. Gergely Pánics, came out to the match in Munich. They must have had a good time.

– The fans didn't get to see the everyday life of the national team, and we, journalists could only meet you at the mandatory press programs. Tell me, what was the atmosphere like in there at the training base in Telki?
– We were bored not even for a minute. The current national team is a real team, and we love being together. It wasn't a burden that we were locked up for almost a month. Of course, after a while, I missed my family, but the team is in harmony, so it was easier to get through it.

– Did everyone go to their rooms at night?
– Hell no! We started a board game from the beginning of being together, and we usually played it in the evenings. We laughed a lot. It's hard to describe what kind of game it was, but it was more like role-playing. We had to talk to each other all the time, there was a pack of wolves, sometimes we had to close our eyes, which meant it was night. The next day, we had to figure out who belonged to which group. It was an exciting game, and maybe it brought us together even more.

– I'm guessing you're more of a tough wolf.  In our post-European Championship review, we wrote that you had reached a higher level, and we're confident that you'll be successful in a stronger league than the Hungarian NB I. Do you agree?
– At least I don't want to reject it. Yes, I would bravely face a major challenge abroad. I didn't always feel like I was ready for a task like this, but ever since my son was born, I've become more serious. But maybe at 26, it was time.

– Are you a late bloomer?
– I'd rather say that my family and I are “soil-bound.” If I'd gone abroad sooner, I might not have been able to process it if I wasn't playing; I would've needed time to pick up the pace. That shouldn't be the case today. I've been through a lot over the last three or four years, I've experienced an injury. Then, it wasn't easy to get me to play continuously in Ferencváros. I got stronger both physically and mentally.

“I saw that Celtic’s footballers wanted to score goals, but I can't say the same about our players..."

Truck racing: Norbert Kiss did it! He is now a three-time European 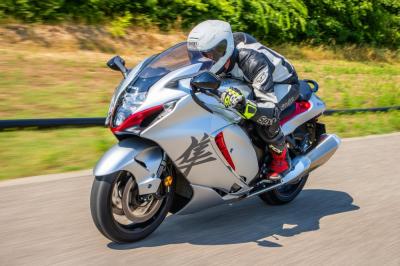