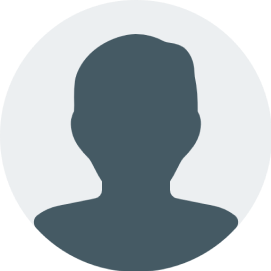 World Cup 2022: We believed we could do anything – Spirovski

It was an unforgettable evening for Stefan Spirovski of North Macedonia, the former midfielder of Ferencváros, and current player for MTK who can proudly talk about the success of the World Cup qualification match against the European champion Italy even as a grandpa in the future.

– How was your night?
– We still haven't processed what happened... – answered our question 31-year-old Stefan Spirovski (capped 49 times), former Ferencváros and current MTK Budapest midfielder, who, with a huge success with North Macedonia, eliminated the European champion Italy in the Qatar World Cup qualifiers. – We beat the Italian team, on their home ground in Palermo, from the possibility of qualifying for the World Cup. In hindsight, I can say that not many of us believed that we'd have such an evening.

– You were on the pitch when Aleksandar Trajkovski fired the ball into the bottom right corner in the 92nd minute. What do you remember from those moments?
– Not much. I just couldn't believe my eyes. When I saw the ball end up in the Italian goal, we didn't know what was going on for a second or two. Then we ran and jumped on each other. The goal came so late that we knew there was no going back for the Italians. Actually, I only realized in the locker room what we've achieved.

– I can imagine what the mood was like there.
– There was a little celebration, and then quietly everyone just showered and got changed... Joking aside: we danced, jumped, sang, and enjoyed every moment of the evening. Such success is rarely achieved during one's career – especially if you represent a national team from a small country like us. North Macedonia has now shown that it must be taken into account.

– For how long did you celebrate at the hotel?
– We went to bed at 2am. We thought we just had to enjoy the night. It's hard to fall asleep anyways in a situation like that. And there was a reason to stay awake. We celebrated together in the hotel lobby, and then everyone passed out since we played a tough match after all. The Italian national team does not need to be introduced to anyone; they played with a great advantage on Thursday night, and they tried shots on goal and headers more than 30 times. It is another matter that none of them were successful. Not like us!

– How many messages and phone calls have you received since advancing?
– Too many... Unfortunately, I haven't been able to respond to all of them.

– Did your wife and son watch the game in your apartment in Budapest?
– Yes. I just spoke to them, they're still very excited. My little boy could barely fall asleep; he was so excited about the experience. One thing's for sure: once Mateo is older, I'll show him the recorded match then.

– Can we say that Thursday has been the most memorable match of your career so far?
– Yes. Fortunately, I've had some good matches, and as a member of the national team, I was able to play against many of the top teams in Europe. The clashes against Spain, Croatia, or even Belgium are unforgettable, but this one takes it all. I can safely say that this was the evening I will never forget, and I will talk about it even in my grandfatherhood.

– Could the battle against Portugal on Tuesday be like that, too?
– I wish! We spent most of Friday in Italy, we only traveled home in the evening. We fly to Portugal on Monday. We enjoyed the victory against Italy, but no one should think that we're playing in Portugal with our hands held up. Now we believed that we could do anything.