The last six months have been a tough ordeal for RB Leipzig and Hungarian national team player Dominik Szoboszlai, but he is no longer missing out any exercise and returns stronger after the difficulties.

„What can life do to make up to me? I'll leave that to it. I rather believe that my fate is in my own hands.”

When Dominik Szoboszlai was at the bottom of the pile of celebrating Hungarian players in the extra time of the European Championship qualifier against Iceland, the present and the future looked bright. The 20-year-old midfielder scored a superb goal for Hungary that made them qualify for the European Championship. Dominik played in the Champions League group stage with his then-club Red Bull Salzburg and scored against Atlético Madrid and Lokomotiv Moscow as well, and his club change in the winter was already hanging in the air. The media mentioned RB Leipzig as the number 1 option, and the club officially announced his arrival in December. The first news set their home game against Dortmund (against his former Salzburg teammate Erling Haaland) on January 6 as a possible date for his debut.

And then everything turned out differently...

„I had a hard time during those months, but since I didn't know exactly what kind of injury I was facing and had never missed months of training before, I was hopeful at first,” Dominik Szoboszlai told our portal. „Unfortunately, it soon became clear that this wasn't the injury where the duration of recovery could easily be determined. Two of my teammates in Leipzig, Emil Forsberg and Tyler Adams have been through this inflammation, and both of them have struggled for seven or eight months. I talked to them a lot about this, but since it seemed I only needed a few months of rehabilitation based on the first tests, I was prepared to join the national team with a few Bundesliga games behind my back. Unfortunately, it didn't happen that way.”

He was diagnosed with pubic bone inflammation. Although the doctors in Leipzig did their best to cure the footballer as quickly as possible, he already played the last games of his Salzburg era with painkillers. The club never talked about a potential date for his return, just as Julian Nagelsmann, head coach at the time couldn't answer the question posed at press conferences.

„It started when I felt a sharp pain at the junction of the pubic bone and the groin, and then there was a time when I couldn't get up from the couch without torment,” Dominik Szoboszlai continued. „Unfortunately, I woke up many times during my sleep due to the pain. As before, I had my short-term goals: first, to make my debut in Leipzig, and then to be in a perfect condition European Championship. Mentally, the hardest part was not being able to achieve the goals I set; everything was shifting. From January, we regularly consulted with the medical staff, then I did rehabilitation work, I tried to draw strength from watching one or two of my previous games in difficult moments, and I tried to spend as much time as possible with my family and friends. I didn't disappear from the world, but as I said, this injury is so unpredictable that it would've been irresponsible to promise anything or say something that's not clear to the public. And at the time of the European Championship, I didn't want to distract the attention from the team.”

After such a prelude, the hero of the match against Iceland was not allowed to play in the World Cup qualifiers in March, but it was a glimmer of hope for the public that Leipzig shared pictures of the midfielder training with his teammates in May. However, the Bundesliga debut was called off. Also, Marco Rossi invited him to join forces before the European Championship, but he said at the press conference where he announced the final lineup that he hoped until the last minute that Dominik Szoboszlai could be part of the squad. Unfortunately, he wasn't yet ready for the European Championship, and sending him to the pitch at that time would have jeopardized his career.

„Unfortunately, this outcome hung in the air the whole time. I left Leipzig in May with the doctors being skeptical about my participation at the European Championship, but everyone knew how important the summer tournament and the national team were to me, so I had to try my best. I arrived motivated to the national team's training camp in Austria, and I put all my efforts into playing at the European Championships on home grounds in front of Hungarian fans. I feel it's unfair that fate has taken this opportunity away from me, but I was very pleased that my teammates exceeded all expectations. It was nice to see how much they were fighting for each other and the national team. I'm left with trainings and was doing extra work and special sessions during the tournament. So, I mostly watched the games in front of the television, and not even in Hungary. Of course, I had the I-wish-I-could-be-there feeling, but the team did everything even without me, I'm very proud of my teammates. In the end, maybe a little luck was missing, but the national team still made the most of it in the group of death.”

After the European Championship, a new chapter began in the life of the midfielder, who extended his contract by one year in May. He started the summer preparations with his team, and fitness surveys showed that he arrived in perfect condition. During the first training sessions of the first week, due to the gradual load, he spent only 35-40 minutes on the field, but his debut with Leipzig is within sight now.

„I can tell you that I'm in perfect condition and I do complete trainings. I didn't do the maximum load immediately during the first week, but I gradually joined the process. I don't miss out any exercise anymore, and on Saturday the first training match will be against AZ. It's been a mental ordeal for six months, but I feel it strengthened me. Now I'm just focusing on getting in the best condition, and making Marco Rossi count on me in the World Cup qualifiers in the fall.” 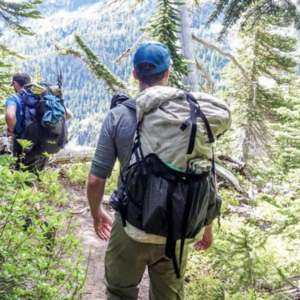 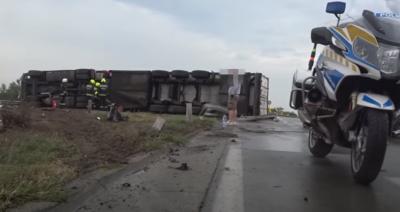