The President of Hungary, Katalin Novák, has conferred the rank of Ambassador Extraordinary and Plenipotentiary on London's Olympic champion Dániel Gyurta.


– Congratulations on your ambassadorial assignment! What does it mean to be extraordinary and plenipotentiary?
– It means a traveling ambassadorial position, more specifically an ambassadorial mandate responsible for liaising with the international Olympic movement. This is a new step up from my current role as a sports diplomat, as it significantly expands my responsibilities on the international stage. As the extended hand of Hungarian sports, I will represent my country and the Hungarian Olympic movement abroad as a traveling ambassador," said Dániel Gyurta, Olympic gold medalist, World and European champion former swimmer.

– Does it mean all over the world, or primarily Lausanne, the International Olympic Committee headquarters?
– Primarily Lausanne. The ambassadorial appointment will help me to represent Hungarian sports abroad even more effectively. I am an Olympic champion and a member of the International Olympic Committee, but to work as an ambassador and help Hungary means even more. It is an honor for me. I believe that President Katalin Novák and Minister Péter Szijjártó have recognized my work so far with this assignment.

– Until now, you've worked as a senior advisor to Péter Szijjártó. What were your responsibilities and how does your appointment expand your work?
– For well over four years, I have been coordinating mainly those sports-related matters for the Ministry of Foreign Affairs that have to do with diplomatic missions and sports diplomacy. These tasks will remain, but thanks to this assignment, I will now be able to represent Hungarian sports at home and abroad in a different capacity. In fact, this is what I did as an athlete because I wore the Hungarian coat of arms and I worked to ensure that the Hungarian anthem was sung at world competitions. Thanks to the ambassadorship, I can now continue to represent the country and Hungarian sports in a different manner. Thanks to the assignment, I will be able to maintain contact with the major international federations in even more places and much more intensively, which will give Hungarian sports diplomacy a serious competitive edge.

– Does the extension of your job, the ambassadorial rank, come with an extra allowance?
– There are no additional financial benefits of any kind. As I said, it is an opportunity to represent Hungarian sport and sport diplomacy more actively and more prominently on the international stage. 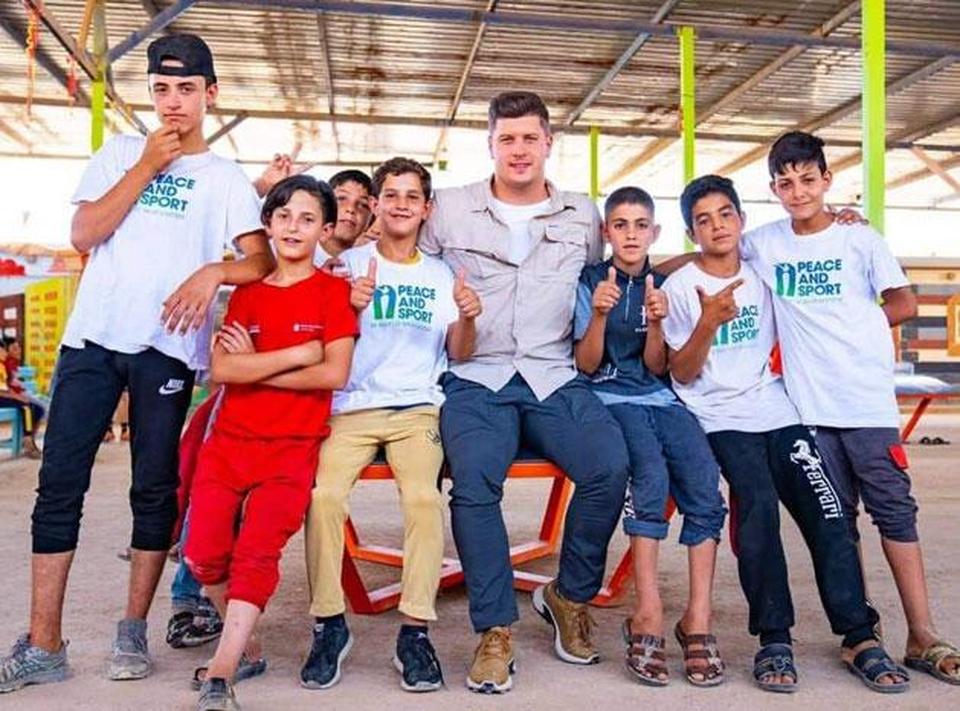 – You have just drawn a parallel between your career as an athlete and your civilian career. Continuing your train of thought: is your ambassadorial assignment similar to your arrival at the finish line, your victory?
– It is in the sense that I represent Hungary in both cases. I was ten years old when I gave Swimming World Magazine an interview that I wanted to compete in the Olympics, and that I wanted to be an Olympic champion. All my life, I have been representing the Olympic Games movement and the Olympic values. And as an ambassador, I will have the opportunity to do that even more, at an even higher level, so it is the kind of recognition, the kind of pride that you feel as a competitor after winning. Because, as I said, as an athlete, we compete in the spirit of fair play and as ambassadors for our country. I'm very happy that I can continue doing that - in a different field of work.

– With even greater responsibility.
– Even as a competitor, I felt that if something happened to me, whether I won or lost, it would happen not only to me, my family and friends, but also to Hungary. I am Hungarian, and representing Hungary is my greatest pride. I regularly feel and experience how much we are appreciated abroad, how much we, Hungarians, have contributed to the development of the world - with our inventions, scientists, artists and athletes. When people in a far-off part of the world find out that I am Hungarian and they say, “Oh, I know, Áron Szilágyi,” it is an amazing feeling. Hungary has such prestige abroad that it cannot be measured in money or any kind of measurable value.

– You just mentioned a three-time Olympic gold medalist. Perhaps not coincidentally.
– Our country is one of the founding countries of the modern Olympics, and we are among the countries with the most five Olympic victories per capita. I mentioned Áron Szilágyi, and I could go on and on about the people who have brought glory to Hungary. I will mention four other honorable athletes. Our first traveling ambassador was Ferenc Puskás. In 1999, he was given the task to represent as an ambassador what he represented in sports as an athlete. But I could also mention Pál Schmitt, Miklós Gór-Nagy or Balázs Taróczy, who, after having fought their way to the top as sportsmen, have also done and are doing fantastic and effective work as sports diplomats.

– You have been a member of the International Olympic Committee since 2016. Will you continue in this role as an ambassador?
– The two are not mutually exclusive. And there have been examples in the past, as Juan Antonio Samaranch was IOC President while being Ambassador of his country, but Pál Schmitt was also an IOC member in the same capacity. I will continue to do so in partnership with the Hungarian Olympic Committee, but now, I can do so at an even higher level.

The head coach is hoping for the generation after Márton Fucsovics to get closer to the top soon.

English
The Katinka Hosszú Swimming Academy is on the way! - NSO

Hosszú Katinka
A Guide to Paris, or the qualification rules for the Olympics - NSO

Athletes can start collecting their quotas for the 2024 Summer Olympics.

Chema Rodríguez: We'll never forget who we are and what we've achie

In his assessment of the World Championship, the handball head coach talked about competitiveness, the ups and downs, the depth of the squad and the future.

Chema Rodríguez
Men's Handball: We fought till the end, this is our real face – Bán

Bodó: It's a punishment to play a match like this after so many games, it drained out our remaining energy.