Kristóf Milák: I chased after Dressel

The men's 100m butterfly final was just as a great battle as we expected. Caeleb Dressel of Team USA won with a world record (49.45), and Kristóf Milák finished second with a European record (49.62). It's no coincidence that the happy silver medalist gave Nemzeti Sport an interview in Tokyo.


– You already smiled at the finish line in contrast with the 200m butterfly.

– Is it that surprising?

– Not at all!
– I felt pride and relief when I reached the finish line and that it was finally over. I am proud of myself and the opponents that we competed so well – we really bring the best out of each other.

– You shaved off five tenths of your individual best.
– The European record is mine! I couldn't have done better than that; there was nothing more in me than that. However, if I look at it, one tenth a split...

– Or we can also look at the fact that Caeleb Dressel had to swim a world record to defeat Kristóf Milák in 100 butterfly!
– I'm very happy about it. To me, that means Dressel wasn't scared, he didn't crack up and I chased after him. I'm really completely satisfied with the outcome.

– Was everything all right before the finals? Did you not forget your accreditation card, and did your swimsuit stay in one piece?
– Luckily, there were no problems this time.

– Before the finals, did you warm up on lane 5 on purpose?
– This is already a routine for me: I always swim a few laps on the lane on which I will race.

– This time you really marched freely to the starting block, but why did you look out into the stands, where the members of the Hungarian swimming team were sitting?
– I counted if everyone was there.

– Did you give them the task of being in the arena?
– No, they came on their own. I was hoping they would because since I was the last Hungarian finalist in the Tokyo swimming competitions, then...

– They should come out and cheer for you?
– Something like that.

– At the 2017 World Championships in Budapest, you swam alongside Dressel in the final of the 100 butterfly. The result was the same, but this time, you were so close to catching him.
– It was considerably easier to swim next to him now – he didn't have that crazy dolphin kick, only in the flip turn, so his waves were smaller too. Four years ago, I was much lighter, and he could push me aside with it then as well... This time I was able to hold him well, and I was very happy that we swam next to each other. I tried to make the most of my swimming, and I tried to catch him in the last 50 meters, but I couldn't.

– Just yet.
– In the last few months, I've received a lot of requests from abroad as well. It was all because everyone thought I could do it... no longer second, but the first place. I looked at them like “What are they talking about? There's no way it could happen.” Now I see the opportunity both in myself and the 100 butterfly. I hope I didn't disappoint anyone by getting just a silver...

– It seems that the 100 butterfly motivates you more than the 200 one.
– I can compete with someone on the 100 because there's an opponent I want to catch. On 200 I pretty much compete with myself. I'm not saying it is easier or more difficult, it's just different.

– You see and feel that you can achieve your goal, don't you?
– I've been working so hard for this over the last year. If the Olympics was held last year, I wouldn't have swum the time I did now, and I wouldn't have reached this rank. I needed this extra year. We made some changes in my preparation, some of which we've done completely differently before. This has greatly contributed to my strengthening, to becoming more dynamic. It's a good thing it happened this way because now I feel good in the 100 butterfly.

– So, is this the stroke you'll stick with, or will we see you in freestyle events?
– I'll decide that later. The point is to move forward! 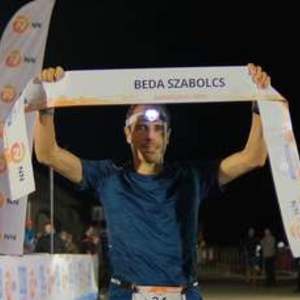 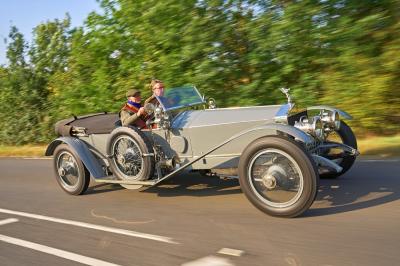