Ice Hockey: Gergely Majoross stepped up a level as a coach for the second time

Gergely Majoross became the head coach of Nové Zámky, an elite club of a stable world championship-participating nation, Slovakia, where he will train the first overall NHL draft pick.

– Others, for example Nitra in the summer, have offered you a job in Slovakia. How did Nové Zámky find you?

– My phone rang ... – Gergely Majoross, 41, laughed before heading to Nové Zámky to take over the 9th placed team in the Extraliga, just ahead of the Hungarian DVTK Polar Bears. – The management felt that change was needed because the team started well, they could've stood on the podium after ten-fifteen rounds, but then they turned in the wrong direction as they won only twice in the last 12 rounds. Obviously, the goal is to climb as high as possible and get into the playoffs.

– Given the fact that you've trained the MAC Extraliga team for two years and Nové Zámky played in the predecessor of the Erste League, are you familiar with the club and the players?

– There are players whom I know as opponents, but it still will a jump into the unknown, which is an important factor in my decision. I've never taken over a team during the season, I've always trained teams that I built up. Now I have to start learning the names first. If a coach wants to think big, then he'll have to be able to stand on his feet in an unfamiliar environment as well.

– Previously you've stated that the next step could be to be an assistant coach in a top league. How does this current position fit into the plan?

– The end goal is to become a head coach at a European top league. There is a level above the Extraliga which is almost a top league. If someone told me 5 or 6 years ago that I would become a head coach here, I wouldn't have believed it. I'm happy that it's my reality now, and I hope that it will have a long-term effect on me, my colleague and on Hungarian hockey as well.

– Are you breaking the ice for your generation?

– In 2014 it seemed a crazy idea that I got an offer in Miskolc, Hungary as a head coach. I'm grateful that it worked out well. Now, half of the coaches are Hungarian in the Erste Liga and most of them are successful. Szabolcs Fodor stands out with FTC, but there are still those who may not have the best conditions, but they bring out their best. They are, for example, Zoli Szilassy at Gheorgheni, Csaba Virág at Újpest, Balázs Kangyal at MAC, and Dávid Kiss is the assistant coach of Fehérvár that is first at the ICEHL - and the list could go on. We prove that it's not always necessary to reach out to foreign coaches for Hungarian teams, and from now on I can prove that foreign clubs can count on Hungarian coaches too... Members of our generation could work as players or coaches with Pat Cortina, Glen Williamson, Rich Chernomaz, and with authorities in EBEL. We already have such experience. Of course, it is essential to speak English well.

– How many players speak English in Nové Zámky?

– About 2/3 of the team, so it will be a challenge to communicate well. My strength is that I build a good rapport with the players, but without a common language, it is difficult to discuss what's happening at home or if your dog is still sick...

– What are the technical details of your transfer?

– Right now, my contract is until the end of the season, and it took a few days to reach an agreement as it's not an easy challenge for the family to care for our six-, three-year-old and newborn children. Since the summer at MAC's academy, my work hours have been quite unconstrained, but even so, my parenting responsibilities have tired me out. Now we only dared to accept the offer after our relatives and friends have provided amazing support which I'm extremely grateful for.

– Does becoming the head coach of a stable elite club satisfy you after two years of professional vicissitudes, failed Division 1/A world championships in 2019, the pause of MAC's Extraliga project and the dismissal from the national team staff?

– I lived through the World championships in a way that when Hungarian national team head coach Jarmo Tolvanen got sick, he placed confidence in me. I knew then, and I even told everyone, that jumping into someone's position never ends well, at least as far as the public was concerned. However, I didn't have a choice but to accept it just a day before traveling. Failure was already coded into everything, but it gave us a lot of experience. I maintain a good relationship with those whom I worked and still work, they all know me and are important to me. I get a lot of recognition; I don't think I deserve this much. I can be removed from the national team staff, it's not a problem, but I would've loved to hear a real season instead of a “you've been here for a very long time.”

– During the negotiations, did you remember that in 2015 Miskolc won the MOL League against Nové Zámky and they didn't come to one of the finals matches?

– What reminds me of that finale is that that was my first champion title as an adult coach, which put me at a higher level in my coaching career. This is happening again because Canadian Brandt Clarke (b. 2003) is playing in Nové Zámky, is the best defenseman and the first overall NHL draft pick. It's great to say I trained him...

The Hungarian national team's defender signed the contract with the Turkish club for 4 years and 6 months.

Fenerbahce confirmed the transfer on its official Twitter page.

Video referees might come this year; renewing Marco Rossi's contract – the leader of Hungarian football also talked about these at a press conference to a narrow circle.

”If someone told me 5 or 6 years ago that I would become a head coach here, I wouldn't have believed it.”

A 2012-es francia csoda: a Montpellier 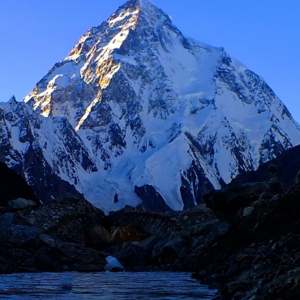 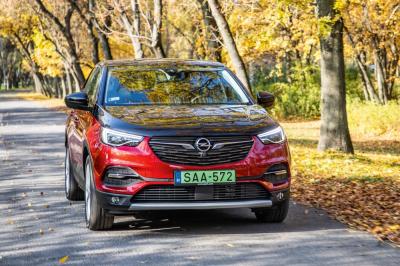