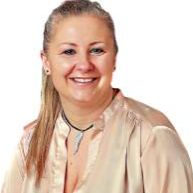 Two-time Olympic sprint canoeist champion Zsolt Gyulay is running for president of the Hungarian Olympic Committee (MOB). His main goal is for the long-standing organization to regain certain licenses, to regain prestige, and to bring sports federations, associations and athletes to the same platform.


– How long have you been a member of the Olympic movement?
– I became a member of the general assembly in 1989 as a fresh Olympic champion, and I was there when the reformed MOB elected Pál Schmitt as the president – told our portal Zsolt Gyulay. – It is interesting that the parliament of sports got established earlier than the first freely elected parliament. I have been a part of the organization ever since – as a member, Board member, or vice president. I was close to the fire but after I was appointed as the head of Hungaroring in 2010, my Board membership got expired, and I focused on other tasks.

– Wednesday's board meeting decided to call a general meeting on January 29 and can submit an application for the position of the leaving president until the 19th. Are you running for the position?
– I've decided to do it. I secretly had a plan to return to the Olympic movement after 2024, because it would be a shame to deny that it was very close to my heart. By then, the Hungaroring development will be out, and I'm celebrating a milestone birthday – I'll be sixty years old. Then life made a different turn: the new situation overrode the plans. I make no secret of the fact that I have been approached by a lot of members, which obviously makes me feel good, since they think that I have been at home in the Olympic environment for the last 30 years.

– Things have accelerated, but knowing you, some kind of program is definitely already in your head.
– A lot has changed in the last more than three decades or since the re-establishment of the MOB. In the 1990s, the organization represented sport, as the state sports administration had very few ideas about elite sports, leaving clubs and associations on their own. At the time, MOB went to the rescue: it was only possible to turn to for its help, because the Regime Change did not solve the problems of sports. Then, in the early 2000s, the situation improved a lot: MOB played a significant role by representing the real profession. Over the past ten years, elite sport, youth and Olympic movement have been helped tremendously, but it could have not been able to take advantage of these. In the first term, however, the Olympic Committee had a lot of power - perhaps too many - that were later revoked, and of course that is not good either.

– What can be done?
– The organization must represent Olympism and sports, make its voice heard, regain certain licenses and restore MOB's authority. At least if we want this year's 127-year-old organization to be back the parliament of sports and play the role it has to.

– How can this be achieved?
– I wouldn't go into details yet, but I'm sure our system is unique in the world with the Olympic annuity, the priority coaching programs that require professional supervision. At the same time, it is very important to formulate professional proposals that we can implement, and this requires the reintegration of organizations such as the Hungarian Coaches' Association, the Olympic Champions and the Hall of Fame Club, the Sports Hospital, the University of Physical Education, the Hungarian Sports Journalists' Association, so organizations that have been removed from membership through the latest measures.

– Do you already know whom you're going to work with?
– Let's wait for the election. If I get the confidence, I'd definitely pick people who are professional on top and have proven themselves.

– Back in the day, you proposed László Fábián as the sports director, so I think my assumption might be right that you'd keep him.
– I consider Laci a very good expert, which is not a secret. However, I do not want to say any specifics yet.

– What comes to mind first when I say the word Olympics?
– Many unforgettable memories because this is what defined my entire youth. I followed the events of the ‘76 Olympics, and we cheered as a canoe junior national team during the 1980 Olympics. The winners of that time were our heroes, role models: Foltán, Vaskuti, Növényi... And later, it was an unearthly feeling that I could follow in their footsteps. There have been a few occasions in history when the Olympics was within reach for Hungary (in 1920 and 1960) but for some reason it always failed. Then, by 2024, I think we had the best-built bid in the world, yet we missed the opportunity, which was a huge disappointment for the entire sports community. At the time, MOB's task should've been to make it widely understood, even through its star athletes, how important this would be to the country, and then perhaps the Olympics case would not have become a political issue. This was the case with the boycott of ‘84, when István Buda came to the training camp in Dunavarsány and announced that we would be in great danger in Los Angeles, so we cannot go there. At the age of 20, I experienced a huge loss of not being at the first Olympics of my life, but four years later, the events in Seoul thankfully compensated for everything.

– If elected, will you travel to the Beijing Winter Olympics?
– Whoever becomes the new president obviously has a place at the Olympics, because an Olympic team can hardly exist without MOB's leadership.

– I know we are running very far ahead now, but I have to ask: are you interested in sports diplomacy? Obviously, it is no secret to anyone that Pál Schmitt turns 80 this year, thus his mandate in the International Olympic Committee expires.
– I do not look so far ahead, and not necessarily a Hungarian member will take Schmitt's place once his term expires. For the time being, I am going to run in this presidential election, and I will try to do my job to the best of my ability to bring the players in Hungarian sports to a common platform, because it has been very bad to see a rift within sport in recent years. MOB was formed one hundred and twenty-six years ago to represent the idea of Olympism, a profession that has always been a pioneer of innovative solutions, and that would be important in the future as well – but that will only happen if federations and associations have the same goal.

– How can this be achieved?
– With a lot of consultation. I don't think there's a need for a separate Olympic committee. In connection with this, perhaps my long-cherished dream of an Olympic museum presenting Hungarian sport successes at the Olympic Games could be a worthy home for MOB as well, thus the home of all sports.

– Are you prepared that, if elected, there will be countless requests?
– Of course. This will not be new for me because I have been a member of the Board, and I already feel that a president has more responsibilities. A lot of people are asking me, but sports and the Olympic movement have always been very important to me, so I like to talk about it any time. My door is open to everyone.

– What about the Hungaroring?
– I think that the 12 years of experience in Formula 1 would also help to lead the Hungarian Olympic Committee, since as a company director, I have seen a lot of major international sporting events from the host's side, not to mention that we have organized the most Hungarian sporting events every year that also required the most people to work with. F1 is a well-functioning and successful machine from which it is worth learning. Obviously, MOB can't be run like a state company, but experience can be useful.

– Will you stay the head of the Hungaroring, too?
– If it's up to me, yes. I would like to carry out the duties of MOB President as an unpaid job, because this is a position that requires it. In my opinion, the two positions are not in conflict, in fact, they even strengthen each other.

FIFA 23: Mercier kapta a legjobb értékelést a Ferencváros-játékosok közül
Freiburg: Roland Sallai might play in the national team matches in