Freiburg: Roland Sallai might play in the national team matches in November

If everything goes well, Roland Sallai will start training with the ball in two weeks, and he hopes to play for the Hungarian national team in November.

Roland Sallai is getting better, but it is not yet known when he will return. Freiburg's Hungarian winger was injured in the first half of the 3-2 win at Leverkusen's home on September 3 when Jonathan Tah kicked him in the eye in the fifth minute. It was a frightening scene: the 25-year-old footballer was carried off on a stretcher, unable to open his left eye for days and therefore unable to be properly examined. Although he initially hoped he would not need surgery, in the end, the operation was unavoidable. In fact, as it turned out, his sight was also in danger, and it was only discovered during the operation that several bones in his eye socket were broken. This is why his eye had sunken, and a metal plate had to be implanted. After all that, it is good news that the Hungarian national team footballer of 36 caps is getting better and is keen to return to the pitch as soon as possible. 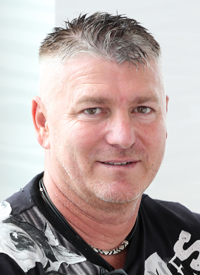 "He is better, his eye is getting better, too, but it is still not perfect," Tibor Sallai, the player's father, told Nemzeti Sport. “His eye moves better to the side, but when he looks down, it's not right yet, because the wound there needs to heal. The doctors say that the eye movement will be perfect in about two weeks, but only then will it be possible to say anything for sure. He wants to start training with the ball next week. He can ride his bike for now, maybe jog a little soon, but nothing should be rushed. Let's not forget that it's only been two weeks since his operation. The most important thing is that he heals and recovers completely."

Roland Sallai is optimistic about his return and hopes to play football again as soon as possible, but it is too early to say when it will happen. What is certain is that full recovery will take around three months, so he will have to wear a special face mask on the pitch until then. The Hungarian national team will play preparation matches against Luxembourg and Greece in November, and if all goes well, Freiburg's player could participate in these matches.

"Optimally, he will be back on the national team in November. I know what he wants, and I know that he will do everything to make it happen," Tibor Sallai continued. "But I don't want to make any predictions about his return. Only he will feel when the right time is. I can say anything, the doctor can say anything, but he is the one who knows when he will be ready to play. In any case, he is optimistic. Obviously, he has had his difficult moments, but he always has a goal in mind to achieve what he has dreamed of, and he is doing his best to make it happen."

The absence of Roland Sallai was a heavy blow for the national team, as he was one of the best players on the team in the four Nations League matches this summer. He scored two goals in the 4-0 win at home to England and assisted a goal in the 1–1 draw at home to Germany. He has been a key player for Freiburg and was a starter in the first five rounds, but he missed the last two matches due to injury. We hope that his eye will be healed completely in a week or two, and we will see him playing in the Bundesliga and for the Hungarian national team as soon as possible.

An extraordinary portrait film about the five-time Olympic champion will be released in movie theaters on December 8.

Keleti Ágnes
Fencing: Jenő Kamuti woke up from a coma – he still has plans - NSO

Athlete of the Nation was previously hospitalized for kidney failure and infection.

fencing Jenő Kamuti
Mourning: Csapó Gábor has passed away at the age of 72 - NSO

He has been elected to succeed Gábor Schmidt, who has become the undersecretary of State for Sports.

Wladár Sándor MOB
Zsolt Kalmár: What I hoped for has happened, I came back stronger!

After 596 days out of the Hungarian national team, the midfielder of Dunajská Streda is more determined than ever.