Ádám Hanga on the EuroLeague basketball: We are going to win it!

Ádám Hanga will take on the Final Four court for the third time in Belgrade for the most prestigious European club trophy. After Laboral Kutxa and Barcelona, who are also Spanish, this time he will represent Real Madrid. Hanga is outspoken: he thinks his team will be the winner.

– How are you? In what condition are you awaiting the tournament in Belgrade?
– I'm a bit snotty. I've been struggling with this for a week, it's kind of a cold – Ádám Hanga, the 33-year-old Hungarian national team star of Real Madrid, who is preparing for the EuroLeague Final Four in Belgrade, told Nemzeti Sport. – The evenings are worse, but I'm fine during the day. The sickness did not hinder my preparation.

– What about your leg? You mentioned after the quarterfinals that you were struggling with a stubborn hamstring muscle injury.
– I'm feeling much better, I haven't had another problem since the playoffs. Of course, sometimes I can barely walk down the stairs because everything hurts... I'm not alone in that, though. My teammates have similar problems, but it's almost natural at this time of the season.

– How are you feeling mentally?
– I look forward to the Final Four surprisingly in a calm manner. It's a great achievement to be here in my first year at Real, especially when we've had quite a bit of up and downs around February and March. After that, no one really expected us to be anywhere near the final four at all. And yet here we are!

– What condition is the team in?
– We can say that we are in a good mood. We have played eight games since the EuroLeague quarterfinals, three against Maccabi of Israel, and five league matches of which we won all. I believe that our fate is predetermined, but our conscience is clear because we prepared for the final four to the best of our ability. We are in the mood for the semifinal against Barcelona, we played with them six times this season, therefore, the two teams can hardly surprise each other.

– How Barca-specific was the team's preparation?
– Very much. We were only preparing for them because we don't know who we're going to play against in the next game, whether it's the bronze game or the final. both teams can come up with minor tactical variations at the beginning of the match, but there will be no shocking changes.

– Last year you fought with the Catalans for the victory, now you are competing against your former team in the semifinals. What does it feel like?
– I have said many times that I want to play against Barcelona in the Final Four, but not because I am driven by revenge. I'm not unforgiving, but I think that if we want to win the EuroLeague, we have to beat Barcelona.

– What is the atmosphere in the locker room in general?
– I see that everyone experiences this situation differently. There are players for whom this will be the first final four, but there are also those for whom it's the eighth... No one should play under pressure, we should enjoy the tournament and give it our all. Of course, Real Madrid is a club that is always under a lot of pressure, that's what it takes when you play here. You have to give the maximum when it matters. 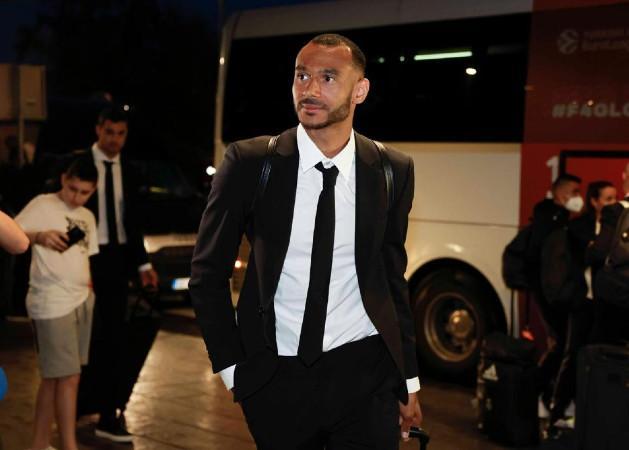 – Do you remember the tournament last year when, as Barcelona's player, head coach Sarunas Jasikevicius of Lithuania made you play for seven seconds only in the final lost to Efes?
– Yes, of course. The reason why it's good what happened to me last year is because I'm prepared for a situation like this, too. I've already lived through the fact that I played forty-four minutes in my first Final Four with Laboral Kutxa, and yes, there was a time when I only got seven seconds in the final. If I need to play 48 minutes to win now, that's what I'll do. If I'm needed for two minutes, I'll play that much. If the team needs it, I'll make five personal mistakes in five minutes and foul out. The point is that I am two games away from becoming the first Hungarian male basketball player to win the EuroLeague. If I could do that, I'd retire peacefully in a few years.

– Do you have a hunch of what the outcome of the tournament in Belgrade will be?
– Yes, it's to win it! But it's one thing. One tends to make dreams and desires his intuitions.

– On the other side, the defending champion, Turkish club Efes and Olympiacos of Greece will clash. Which team do you think will win?
– A tough battle is expected. The Greeks are also massive, they have fought many great battles. In the end, individual performances will decide the winner, but I do not know in whose favor.

– Serbians love basketball, so it is likely that not only the fans of the four clubs involved but the locals will also show their best on the stands.
– I'm sure the atmosphere is going to be fantastic! I heard that about 40 percent of the tickets distributed among the participants went to the Greeks and Turkish, and ten and six percent went to Barca and Real fans, respectively. Either way, if two or three thousand fans are cheering for a team, it will matter a lot.

– Where will your wife and daughters be?
– They're coming to Belgrade, the whole family. Real Madrid will provide a private airplane for the relatives and even pay for the trip. Almost all of our players will have their family in the hall, which may be a subplot, but it is important to us. Knowing that they're there, they're cheering us on, is extra motivation. If we win, the experience, the memory of a lifetime, will be shared. But if we lose and become sad, the family will help us forget the grief more easily.

The national team head coach believes that Hungary has experienced a change of generations on the European stage.

The gold medalist listened to the anthem at the top of the podium together with Richárd Márton.

The gymnast from Dunaújváros would like to go to the World Championships with an even stronger routine.

"I said in the morning that I was either going to cry or dig a grave in the evening – it was grave digging.”

úszó Európa-bajnokság úszó Eb úszás Milák Kristóf
Foreign players: I think I can reach my goal in Türkiye, too – Nema

"In the past, I kind of knew where I was going and what was waiting for me, but not this time. However, I have no fear, but more so curiosity."