Sepp Blatter: Platini would be a great FIFA president

The former leader of world football has received hundreds of congratulatory messages after his acquittal, Viktor Orbán's text message was particularly welcome, while Gianni Infantino did not contact him.

"THANK YOU. I DIDN'T WIN, football did," said Sepp Blatter, former Secretary General of the International Federation of Association Football (FIFA) and then president for 17 years, when we congratulated him by phone on his recent acquittal by the Swiss court. It was the end of a seven-year-long process with the court ruling that neither Blatter nor the former president of UEFA, Michel Platini, were guilty of the charges against them, that there was no fraud, no bribery, and no misappropriation of funds when the French football legend, who won the Ballon d'Or three times, received two million euros from FIFA – on the basis of an oral agreement – for advisory work.

"It was a long seven years, I was accused of serious crimes, and I had to live my daily life in the shadow of those accusations. And not just for me, for my family. My daughter and my granddaughter Selena, who was a fourteen-year-old young lady at the beginning of the case, even had to leave the school she went to because she was teased that her grandfather was a criminal. This decision is very important and joyful news for all of us."

“Did many people congratulate you after the news of your acquittal hit the world press?” we asked the Swiss sports diplomat, who served the international federation – whose small office in a Swiss apartment building he was heading to – for four decades between 1975 and 2015. The federation had a financial reserve of more than a billion dollars on its account after major financial and professional successes in North America, Asia, and Africa when Blatter resigned in 2015 after a series of attacks on him and his fourth re-election a little later.

"I received hundreds of text messages and emails, but I also received fifty to sixty letters, postcards, and even bouquets. And let me tell you what an honor it is to have the Prime Minister of Hungary write to me personally, and especially as a friend. I addressed him in my response as "My dear friend, Viktor." He congratulated me and added that he always knew that justice would prevail in the end. And I wrote to tell him that his message had touched me deeply."

Sepp Blatter also told Nemzeti Sport that although many people from overseas had called and messaged him, relatively few from the football world did the same. The exception was perhaps UEFA president Aleksander Čeferin, who was aloof, and addressed him as "Mr. President." 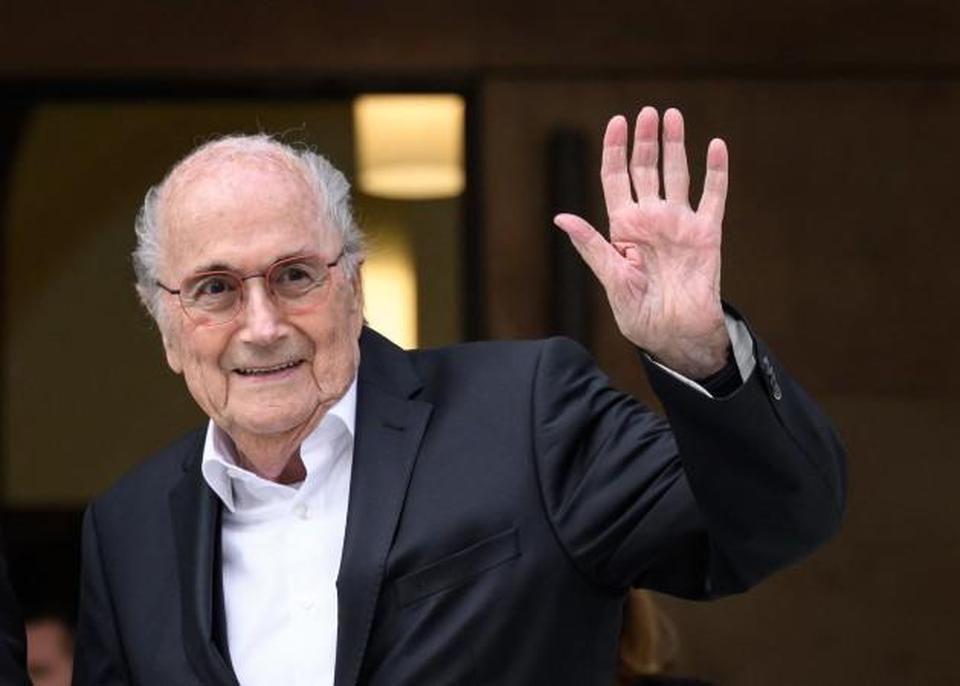 As for Michel Platini, we learned that he has been in contact with the ex-FIFA president all along and that they were in together during the last court hearings. The French national team footballer and Juventus legend only returned home for a few days because of the French elections. Many have speculated that Platini, who is almost 20 years younger than Blatter (86), could mount a counterattack and run for FIFA presidency. In an interview with our newspaper, Blatter said: "Platini is fed up with FIFA for the time being, he will certainly not be interested in being president for a while, but I can imagine that he will change his attitude later, and I think he would make a good FIFA leader."

As Sepp Blatter said, he still watches the games and follows sports, not just football, as he has been a member of the Olympic Committee for 14 years and has even worked for the Swiss Ice Hockey Federation.

"These days, I mainly watch women's football, the development of which was a matter close to my heart when the sport was still in its infancy. The European Championship is already in the quarterfinal stage. The French made the best impression on me, but the English also played well." When we pointed out that the same could not be said of the England men's team recently, Sepp Blatter took the hint: "That 4-0, my goodness! That was an unbelievable result! And not in a friendly match, but in the Nations League. I wrote to the Hungarian Embassy in Switzerland after the game, and I congratulate the Hungarians!"

And will Sepp Blatter still have an official relationship with FIFA? He says: "With FIFA, yes, but certainly not with the current president (Gianni Infantino – the ed.). He lacks even the slightest respect for me, the former FIFA president. He has never contacted me..."