Katinka Hosszú: I would consider a bronze already a success at the World Championships

– You finished the National Championships in Debrecen with two golds and two silvers, but perhaps more importantly, you sometimes evoked your former self with your smile. Are you satisfied?
– After the 400 medley, I said that I am satisfied, but I think I can say the same about the four-day Hungarian nationals overall. Especially when I look at when I started training again, how many difficulties the last period has been filled with. So, this result is not so bad; the only question is how much I can improve in the next few weeks. It will not depend on me, I will put the work into it, but at the same time, I have only a month left, because after that comes the period of getting in shape.

– We already know what events you will be competing at the World Championships in Hungary.
– I chose the 200 butterfly, the 200 and 400 medleys. We'll see.

– You've said before and have referred to it this time again that your preparation was hampered by illness, and in Debrecen, you did not hide the fact that you do not feel in a really good shape. Can the fact that the World Championships will be held again in the Duna Aréna and that you can swim again in front of a home crowd, give you enough strength and energy to fight for the gold medal?
– I'd take the word "gold" out of the sentence. I'd say I might be fighting for the medal. There is really very little time until the start of the World Championships, and I would consider it a success if I got to stand on the podium.

– Are you being serious?
– Yes. I know that's not what people are used to about me, but this time, I'd say I'm happy with a bronze medal. I'm a long way from my old self, that was another Katinka. I think I can't get back to the same place, to the same level I was at when I delivered the gold medals after one another. I wouldn't be honest, and I wouldn't stand with both my feet on the ground if I said I was going to win the gold medal again at the World Championships in Hungary. I know myself, and we also know that Summer McIntosh of Canada has already swum 4:29 in the 400 medley this year, and I won the Hungarian Nationals with 4:38. The U.S. selection trials are still ongoing and many of them have competed in the university championships, so they did not stop after the Tokyo Olympics; they were constantly in training.

– Are you a little frustrated by the 4:29 time?
– Not at all. My job is to improve my achievements at the nationals and to swim better times at the World Championships. Going back to McIntosh's time: I haven't told many people yet, but I think it is possible to swim a lot better in 400 medley than 4:26.36...

– But you don't mind if we wish this world record would last for a long time, do you?
– Of course, it would be nice if my record lived long. In this distance, experience is needed anyway, and the 400 medley has to be swum well a lot of times in order to really know how to swim the eight laps and to be able to improve the record.

– You say it's another Katinka, but we can see the same happy person in the water. Has nothing changed in this regard?
– I enjoy what I do. As incredible as it is, I still love swimming, but now I want to take the burden off my shoulders. I admit that most of the time, I set the expectation for myself, meaning that I'm going to do this, I'm still winning there, and I'm going to swim in all events in that competition. I want to forget about these and just enjoy every moment of racing.

– That's what you said before Tokyo as well...
– But it was unsuccessful there. I had too much of a burden on me at the time, and everything went wrong somehow. I didn't enjoy the Olympics, and the results didn't come. I hope I will succeed in at least one of them at the World Championships in Budapest.

“EXCUSE ME, COULD I GET AN AUTOGRAPH?”

– You already succeeded at the National Championships in Debrecen as we saw you smile more than shake your head. Before, there was hardly any example of you appearing happy after a silver medal.
– I'm getting better and better at enjoying the moment. I grew up in the swimming pool, and there are so, so many experiences attached to this environment! I'd like to somehow... I'm not saying close it, or yes, close it. In Debrecen, in the 100 butterfly, I was in the same heat as Zsuzsanna Jakabos and Evelyn Verrasztó. We swam side by side and got nostalgic before and after the race. We're all 89 liners, and we've all been competing for 25 years. It's a long time! By the way, in that race, the three of us the old ones, the rest of the swimmers were all born after 2000...

– Does it feel weird?
– Undoubtedly. But it was also when I swam the 400 medley between two thirteen-year-old girls. I thought, “Oh my God, I'm 20 years older than them...” I told them there were a lot of 400 medleys waiting for them in their careers. Do you know what they said?

– What?
– That “compared to you, we must have a lot more 400 meters ahead of us.” What can I say? I felt quite old, kind of a grandam. But I also want to enjoy these interesting situations.

– Including these thirteen-year-old girls saying hi to Katinka Hosszú in a formal way?
– It's happened before, and it emotionally affected me pretty heavily. But it's also happened that we were waiting for the start of the race in line, and one of them asked, "Excuse me, could I ask for an autograph?"

– You have previously revealed that you had a very difficult mental experience with the 2017 World Championships. On the one hand, it was because you could not stop after the Rio Olympics, and on the other hand, because you had to prove yourself in front of a home crowd. Do you still have those bad feelings sometimes?
– I'm not letting them come out. I have a completely different approach to this World Championships than I did to the one five years ago. I've always said that everything had to happen the way it happened - I think the same about Tokyo. But just after the Olympics, I don't think anyone expects me to win gold medals again in the Duna Aréna. I feel that the Hungarian public will be much more grateful because I will be in the pool, because, say, I will make the finals, and they really do not come to the competition because they think that I still have to win gold medals there.

"I CAN WALK OUT IN FRONT OF THE HOME CROWD AGAIN"

– But a bronze is still a goal for you. Let's narrow it down: in which event can you reach the podium?
– Actually, any of them. It's going to be a strange World Cup because the Russians, the Belarusians can't be here. As far as I know, the Australians aren't coming either, and there will be others that will miss the competition, so anything can happen now.

– Is the important thing to increase the number of medals and get closer to 100?
– That would be great. But now I'm at odds with myself: in fact, this has been the case since January when I announced that I had won ninety-six medals at world competitions so far, and I would like to get the hundredth, with which I have once again put a burden on myself. I'd rather not even think about it, I just think about walking out in front of the home crowd again and swimming in front of them! When I think about the time we hosted the European Championships on Margaret Island in 2006, I said that it is such an experience for a swimmer that we have to enjoy every minute of the competition because we will hardly have the opportunity to do so at other times... Then four years later came another continental competition on Margaret Island, then, in 2012, we organized the European Championship in Debrecen, then the World Championship in the Duna Aréna in 2017, and then another European Championships last year. I always thought that that was the last time in my career that I could compete in front of a Hungarian crowd, but then here is another miracle: another World Championship hosted by Hungary can fit into my career. Actually, I'm about to soak up this experience. 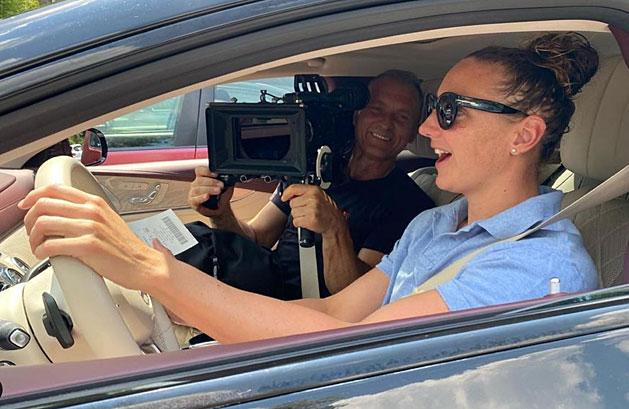 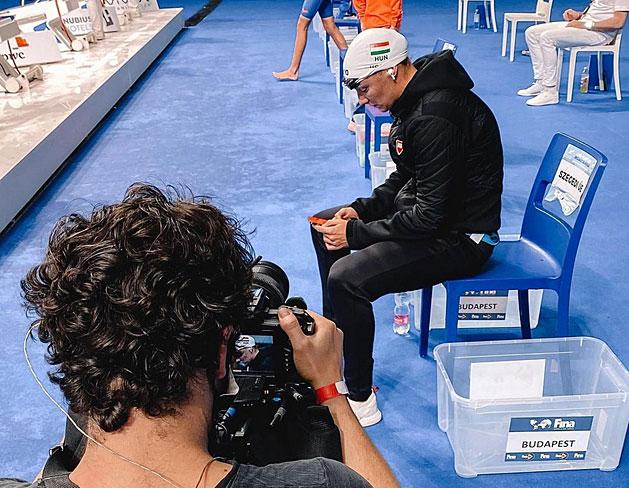