The former head coach of the Hungarian national team, Pál Dardai, analyzed the teams playing in the Champions League quarterfinals in the light of the matches.

On Tuesday, the quarterfinal stage of the Champions League begins with the Manchester City-Atlético Madrid and Benfica-Liverpool matches. Pál Dárdai, the former head coach of the Hungarian national team and Hertha BSC, spoke to our newspaper about the four matches.

"Diego Simeone has carved out a European top club with a style based on tactical discipline from the Spanish mid-level team. In the knockout stages of the Champions League, Atlético mostly cedes the initiative to the opponent, and they try to score from counterattacks after interceptions and opportunities after free and corner kicks. In the past, he chose the 4-4-2 or 4-4-1-1 formations, though he has changed this several times recently, the basics remained the same: close the territory as much as possible, narrow the lanes as much as possible, and beat the opponent in a match with few goals. In addition, Atlético learned how to score as many goals as possible with fewer opportunities. Manchester City is likely to stay in the 4-3-3 formation, which often means 2-3-5 in attack, but the English team must also pay attention to the defense because if Atlético scores the first goal, they could find themselves in a tough situation.

Atlético is obviously trying to shorten the net playing time, the players will definitely be fired up, but the first 20 minutes can be critical in Manchester. On the one hand, they'll have to withstand the pressure of the home team, and on the other hand, as soon as the Spanish steal the ball, they are likely to immediately start the attackers moving into the empty area. Therefore, no one in the opposing team has time to relax. Rest is only available when the defenders pass the ball in the back, and the midfielders and strikers can take a little break. However, the Madrid team will probably not be able to do so in the first 20 minutes. Obviously, Manchester City will possess the ball more, but Josep Guardiola has tried several times to pull something unexpected in important matches. At the beginning of his coaching career, he was particularly characterized by this kind of experimentation – which then backfired. The home players are probably also prepared for the Madrid team's style. Atlético will not go easy on the English team for a hundred and eighty minutes, but if the first leg is a City victory of at least two goals, it would be a smaller miracle for the Spanish to advance. 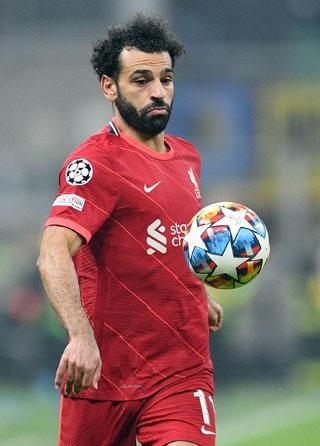 "Without plutoing the Portuguese in advance, they can pretty much just hope that if they have beaten Liverpool four times in the past, they might be able to do it now, too. On a more serious note, in the second match of the duel against Ajax, we saw that Benfica can defend in an organized and stable way, and in the end, they took advantage of the opportunity – presumably still relying on the quick counterattacks after stealing the ball – but since the away goal rule has been abolished for this season, a 1-0 home win would not be enough to advance. Benfica would need to win the first clash by two or three goals in order to have a chance of advancing in Anfield, but Liverpool is still a hell of a difficult team to defeat even with one goal... The current form obviously matters a lot - the Portuguese can hope that one of their footballers will play the match of his life, but it is very difficult to perform a miracle twice in a row. For example, we saw this in the round-of-16 match between Salzburg and Bayern Munich.

Liverpool (Mohamed Salah pictured) is head-to-head with Manchester City for the Premier League top spot which is obviously not a coincidence. The Jurgen Klopp style is based on quick thinking after attacks, interceptions and ball possessions, and the squad is made up of extremely hardworking and mentally strong footballers; everyone wants to win. The extremely intense attack of the English team obviously consumes energy, the players have to sprint a lot. But since five substitutions are allowed, if one of the attackers or midfielders gets tired, another player with similar quality will replace him in the 70th minute – and that is also not in Benfica's favor." 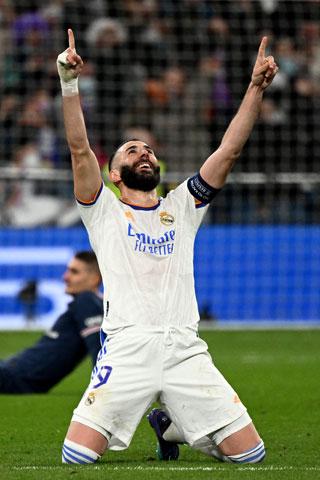 "I don't think the defending champions will say goodbye in the quarterfinals, but Real Madrid proved against PSG that they can never be written off. It seems as if Madrid was in a waiting game in the previous round: the team was incredibly passive and let the French bloat themselves out for three halves and got them a little tired. Later, when they felt so saddled that they wanted to play tiki-taka at the Bernabéu Stadium, Real started to defend forward, started building on individual skills, and won the game. However – not offending Real fans –, if PSG took it more seriously and if Gianluigi Donnarumma and luck did not side with the Madridians, they would hardly be in the quarterfinals now.

As for the game, Real Madrid scored a lot with Cristiano Ronaldo reaching the net within seven or eight seconds of possessing the ball. The Portuguese has already left the team, but the style remained. Madrid is unlikely to push up the defense against Chelsea either, they do not want to attack the English team intensively, but they will try to stuff the wingers and forward defenders with quick vertical passes after interceptions. In the middle, there's Karim Benzema, who fights and throws himself into everything to score. Italian coaches usually prefer (more) experienced players as is the case in Real's midfield, which has two consequences. One is that the trio of Luka Modrić, Casemiro and Toni Kroos do not run a meter unnecessarily, so a much-energy-consuming attack is not an option against Chelsea for a long time. The other is that they read the game well, that is, if they need to start quickly after an interception, they give outstanding passes.

As far as Chelsea is concerned, the results show that Thomas Tuchel handles the uncertainty around the club well, and I think in the first game, the English are also playing a waiting game. On home grounds, the attack can work out in the first 20 minutes, but if the German manager decides to do so, he will have to pull his team back. On the one hand, because it can last up to sixty minutes only – after that the many sprints build up lactic acid in the players' muscles. On the other hand, Real's fast wingers make it quite a risk to push the defense high all the way through. In the first game, probably neither team will attack the other, and I wouldn't want to put my money on one team or another's advancement.” 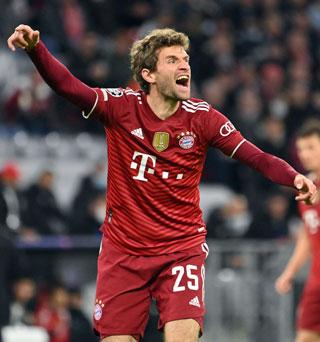 "In Spanish terms, Villarreal is a small-town team with a family atmosphere and an ever-increasing football history. The team won the Europa League last season and defeated Juventus in the Champions League quarterfinals. This means that players with a winning mentality make up the squad, and after the opening whistle, they play with the strength of their opponents. The Spaniards are likely to choose the 4-4-1-1 formation again and focus on disciplined football and the attackers' experience. It's a smaller miracle the way they've played so far, one feat has followed another, but they won't go any further than this round because Bayern Munich is one of the most organized teams in the world, and there's an amazing quality in the squad.

Julian Nagelsmann experiments more tactically than Hansi Flick, but chemistry is the most important thing at Bayern. The point is that the head coach and the stars should understand each other. Niko Kovac couldn't do that, but Hansi Flick could. The project also seems to be working with the coach appointed in the summer, and the footballers are quite unique individuals. Thomas Müller doesn't even have to play good football to help, it's enough to manage the team from the field. Just one example: after losing the ball, there is no mindless running around, Bayern attacks aggressively for seven or eight seconds, but no more. If they get the ball back, the attack will continue, but if they don't, they'll rearrange to save energy. This process is mostly conducted by Thomas Müller, who shows the others what to do. Behind him is Joshua Kimmich, who has 149 accurate passes out of 150, and none of them go backwards. Of the two wingers, it is enough for one to play good football, and if both have a bad day, two other wingers who represent the same quality will come in their place. And when he's healthy, Manuel Neuer is still the best goalkeeper in the world.

If there is a common language between the coach and the footballers, this team can work wonders. And in the match against Salzburg, it seemed that if sleeping dogs were not let lie in the first match, they bite in the rematch."