The Executive Committee of the Hungarian Sports Journalists' Association feels obliged to try and express its outrage at the incomprehensible and unjust attacks on the Hungarian men's national football team, the Hungarian fans and Hungary as a nation.

It is an immeasurable disappointment to us that following the recent matches in Budapest, played in front of capacity crowds in safe and sporting atmospheres, UEFA and now FIFA have bowed to political pressure and issued such severe sanctions on the Hungarian Football Federation, which are far from appropriate to alleged or actual transgressions barely experienced by any, but raised by complainants.

The media campaign by the British press before and after the Hungary vs England fixture in Budapest, which tried to label Hungarian supporters as racist before the meeting, and then relentlessly again after the match despite the lack of serious evidence, was unacceptable. Not a headline and mainstream message resisted suggesting that the whole of Hungary was racist, something which was not even close to the reality and which induced immeasurable cynicism, given that it was in England that massive amounts of frightening evidence was released about racism after the European Championship final.

That wave of violence was watched in disbelief around the world as a series of organisational shortcomings resulted in extremely concerning scenes at the England v Italy European Championship final from security and epidemiological points of view, while thousands of insults, many with racist connotations, were made online and the opponent's national anthem was booed. However, UEFA has not hit England with any kind of sanctions, even though that country's prime minister has allowed the unprecedented and unjustifiable media pressure to be applied and, rather than punishing thousands of its fans by banning them from social media, has instead demanded that FIFA make examples of the Hungarian football federation.

We are under no illusions; we know our voice won't reach those who now all think that there was a terrible and racist atmosphere at the matches in Budapest. Cristiano Ronaldo himself said after the Hungary v Portugal match in June that he wished all matches would take place in front of full houses in such an atmosphere. Furthermore, no racist incidents were reported by any French or English fans or delegation members who were interviewed after the relevant matches in Budapest.

Furthermore, it was disappointing to watch and read the biased comments of that once world-renowned bastion of objectivity, the BBC, or the back cover of the 'i' newspaper, which branded the whole of Hungary as racist by printing the headline: "England 4 Racists 0".

We condemn and reject the media-led campaign to punish our country and we don't want anyone to believe what the mainstream international media is unreasonably saying about Hungary. Rather, they should believe their own eyes and those tourists, those football fans and guests who've visited Hungary lately and were able to enjoy the hospitality of the Hungarians, in whom there is not a single drop of racist sentiment.

This extraordinarily absurd and unjust situation brings to mind an old saying: 'There's an owl telling a sparrow that he is big-headed', or moreover that here, the pot is calling the kettle black!

The Executive Committee of the Hungarian Sports Journalists' Association 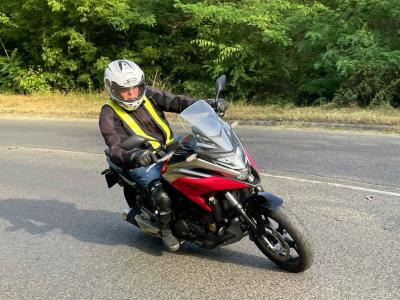