Gulácsi, Attila Szalai and Nikolics are in the top 100 in Europe

We looked at the statistics of Hungarian extended squad players who are preparing for the European Championship. Péter Gulácsi is in 16th place in the list of minutes played in Europe, and Attila Szalai is also in the top 100. Nemanja Nikolics Nemanja stands out among the field players with his 49 matches. János Hahn scored while Dominik Szoboszlai assisted the most.

After Hungarian national team head coach Marco Rossi announced the extended squad of thirty players for the European Championship, we looked at how much each footballer played in their club and the national team. We were also curious about the number of goals and assists, and in the case of the goalkeepers, we checked how many games they finished without conceding a goal. We can say that the squad is in play except for goalkeeper Ádám Bogdán. He made his debut in Ferencváros and the NB I in the spring, and has only played 8 games compared to the rest of the footballers who played at least 26 matches (including the national team ones) this season.

It is worth starting the list of "legends" with Péter Gulácsi who renewed his contract with RB Leipzig on Friday, and who has played in every club match this season. Overall, he played in 50 official games (4530 minutes without extra time), out of which six were with the national team (540 minutes). These numbers are not only outstanding in terms of the national team lineup but also in terms of European players. Regarding the minutes played, Gulácsi is 16th in Europe. The list is led by Rúben Dias (Manchester City, 59 games, 5096 minutes) who plays for Portugal as the opponent of Hungary in the European Championship group stages. Bruno Fernandes (Manchester United) who also plays for Portugal leads the list of who played the most matches (61).

Dénes Dibusz from Ferencváros (45 matches, 4050 minutes) could've been ahead of Gulácsi from the Hungarian national team if he had participated in those six matches in which Ádám Bogdán played in FTC's first team. Bogdán got a surprise invitation to the national team thanks to his vast performance in those six games. By the way, Gulácsi finished 22 games out of 50 while Dibusz finished 18 out of 45 without conceding a goal.

From Rossi's squad, fieldplayer Nemanja Nikolic played the most this season. MOL Fehérvár's forward played in 39 club matches and participated in 10 out of 11 national team games. With 49 matches, Nikolic was also among the 100 most employed footballers in Europe. He is 89th on Transfermarkt's overall standings. His ranking is outstanding because he was replaced or substituted many times and only played 2638 minutes. However, during this time, the 33-year-old scored 23 goals and assisted nine times, three of which were in the national team, which is a good statistic.

Attila Szalai has the most minutes played. He played 4031 minutes in 48 matches; it includes games with the national team, Cypriot Apollon, and Turkish Fenerbahce in the spring. The center back placed 69th on the European top 100 players' list. Out of the 4031 minutes, he played 900 in 10 national team matches. Even though he only played his second national game in the fall, no one has played more time on the pitch than him this season. Along with Szalai, Nikolic, Dávid Sigér, and Ádám Nagy also played in ten national matches this season, but they all played less time. (Attila Szalai may even overtake Nemanja Nikolic as Nikolic's club Fehérvár has only one game left this season while Szalai's club Fenerbahce has three more – the ed.)

Dominik Szoboszlai has played the least amount of matches (26) due to an injury in the spring. He hasn't played for his new club RB Leipzig yet and played for Red Bull Salzburg and the Hungarian national team in the fall only. Ádám Szalai (Mainz) has the fewest minutes played of 1385 among the midfielders.

Top-scorer-to-be of NB I, János Hahn from Paks scored the most (24) in the league and the cup altogether. Nikolic and Dániel Gazdag follow him with 23 and 19 goals, respectively. Looking at the goals scored only in the national team, Nikolic and Sallai Roland both lead the season with three goals. Dominik Szoboszlai assisted the most (11) even without playing for the past five months. One of the team's problems in offensive play is the low number of goal passes. In the national team, only Nikolic assisted more than once this season.

*The statistics show the matches played in the first teams of the clubs and the senior national team. In the case of the “minutes played” column, only the regular playing time is shown. The numbers achieved in the national team are in parentheses. Matches and minutes played are each combined for those who played in more than one club during the season.
Source: Transfermarkt

*26 players can participate at the European Championship

Tokió 2020: Kapás Boglárka biztos volt benne, hogy odaér a dobogóra
Tokyo 2020: I have the first one. Shall come the next one, the next 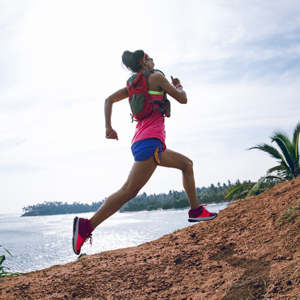 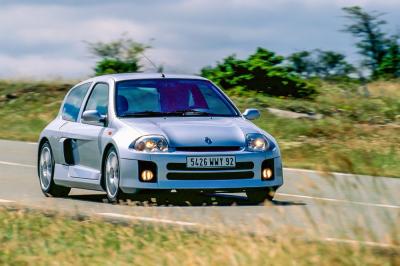