Responsibility and opportunity: the Hungarian Swimming Federation's “Swimming Nation Program” could be in test mode starting in February.

– Sándor Wladár, President of the Hungarian Swimming Federation, handed in the best-ever developed program that determines how many swimming pools, instructors, changing rooms and even the number buses needed transporting children to make sure everyone has the opportunity to learn to sim. The plan is broken down for the entire country, for which the Prime Minister has applauded him.

– It was unexpected that Viktor Orbán mentioned my name in Nemzeti Sport's year-end evaluation report,” said Sándor Wladár, former Olympic champion in Moscow. Of course, it is a great recognition, but also it was clear, by reading between the lines, that the “Swimming Nation Program” is a huge responsibility and opportunity at the same time. I think I can say it without modesty that everything the Prime Minister says is true: this program is forty-five people's six-month work. The team was made up of the best experts in various fields such as planning, logistics, education policy or swimming education. These vigorous people willing to invest in the future have put together a some 290-page document that is unprecedented in the history of swimming.

“IF ONE FAILS, THE WHOLE SYSTEM WILL WAGGLE”

– How is an idea like this born? Who designs and how is the “Swimming Nation Program” created?

– The Hungarian Swimming Federation's program “Every child should learn to swim” has been operating since 2013. Within the program, thousands of children learn to swim by instructors working in our member organizations. The Federation's mission is to develop swimming education. If I look back in the past, I can see that the Olympic champions of the past 30 years have come out of these instructors' hands. We allocate financial resources for this program annually, and the Prime Minister knew about our plan. He asked us to make Hungary an even healthier country. He said he wants a long-term program that encourages the pursuit of a healthy lifestyle.

Swimming is the basis of everything, and it is clear that it has a lot of benefits that could be useful in later years in life. As we know, swimming is a life-saving skill, so it's an important goal to make children feel safe in the water. It's a terrifying fact that 27,000 people drown annually in Europe, and the vast majority of whom are children between the ages of five and fourteen.

Finally, the third reason that led us to create the “Swimming Nation Program” is that the European Union has embraced LEN's, the European Swimming Federation's “Learn to swim” program seriously.

– You mentioned three reasons, but the program obviously stands on multiple pillars. What are the pillars of the “Swimming Nation Program?”

–  There are four of them, and if we want to be effective, these four pillars must work at the same time. If one fails, the whole system will waggle.

I would first mention the optimal infrastructural background, for example, the swimming pools and training pools that are suitable for education. The second important aspect is to include swimming lessons in the curriculum, which is possible through so-called collocation. Our third pillar is to build the right instructor base, and the fourth is the logistics itself to get children from kindergartens and schools to swimming pools.

– Will you be able to cover the entire nation with swimming pools?

– According to our surveys, based on the system of criteria set up by the program, there are one hundred and sixty swimming pools in Hungary today that meet our needs. We are talking about facilities that have both shallow and deep-water pools. It is a nationwide program that provides opportunities for children to learn to swim well, regardless of residence, age, gender, or financial status. The current capacity can serve 1137 schools and kindergartens. This enables the involvement of 35,000 kindergarteners and students, which means that about 35-40% of the age groups concerned in a given school year is covered.

– Is it a goal to raise the percentage?

– Which pillar is needed the most to improve the numbers?

– The pool program has been operating since 2014, thirty-six facilities have already been built, and twelve are still under construction or have already laid the foundation stone. Our completed program is also fantastic because it determines exactly where to build the next swimming pools – an important clause is to make a swimming pool available to all children on a twenty-minute journey. Therefore, we must increase the capacity. These are facilities with a relatively small budget, six-lane twenty-five-meter pools and fifteen by eight-meter training pools.

– Are there sufficient numbers of instructors in the country?

– We have to train them ourselves. Currently we have 800-1000 professional instructors, but we want to raise it to 2500. The swimming department of the University of Physical Education trains the teachers who then train the instructors. We can reach the planned number in two years.

– How will you solve the part of the program to get every child to the pool in 20 minutes?

– There is some uncertainty, but we are capable of solving it.

THEY ARE ALSO LOOKING FOR THE KRISTÓF MILÁK OF THE FUTURE

– It is an important principle and a noble goal to teach children how to swim, but let's not be hypocritical: it's important for the President of the Swimming Federation that Hungary performs well in world competitions. Will this program be able to raise future champions?

– Indeed, because the greater the immersion, the bigger the chance is to find the future Kristóf Milák (at the Gwangju 2019 World Aquatics Championships he became the world champion with a new world record of 1:50:73 in 200m butterfly, beating Michael Phelps's 10-year record). In fact, that's how the Hungarian swimming world found Ágnes Kovács, Attila Czene, Norbert Rózsa, or the 21-year-old Nándor Németh.

Yet it cannot be stressed enough that this requires professional instructors, as on the one hand we need to make children love swimming, and on the other hand, we need good-eyed professionals to see the real talent among the many little ones. The swimming department of the University of Physical Education has compiled an amazingly high-quality and detailed two-hundred-page guide that describes how to work with children between the ages of five and eight. I'm convinced that the success of our program can be guaranteed by having children educated by professionals. We need to ensure that the Hungarian Swimming Federation can take part in the training and inspection, but this requires an amendment to the relevant government decree, because currently anyone can be a swimming instructor. We simply need to drive out the incompetent trainers from the system because they are causing serious damage.

– When can the program start?

– If the coronavirus pandemic allows, we start on February 1st with eighty-six schools and kindergartens, a total of 3200 children. There will be four locations: in Budapest District XXII, Mór, Tokaj and Debrecen, including their agglomeration. The test program lasts until the end of the year, and then based on the experiences can the nationwide project start. The exact time to begin depends on how the pandemic changes, so we can start either in September of in February next year.

„I cannot lay back. I must work hard, only then can I score more goals.”

Before the 46th President, Joe Biden, some of his predecessors rode horses, boxed and played American football.

We talked about this story with sports historian Gábor Laszip and Imre Bozóky, former president of MLSZ.

For our readers who don't know Hungarian but are interested in our sports and culture. 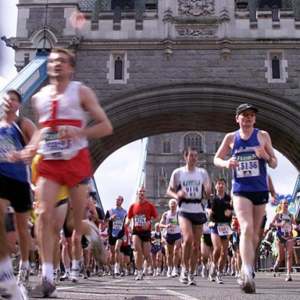 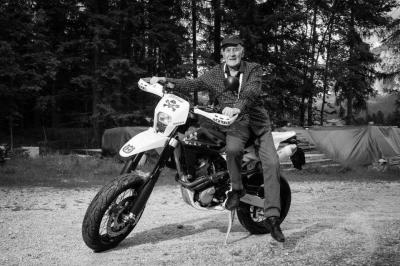