After Mario Rondón's headed goal in the second half, CFR fans spent hours cursing the name of Marius Șumudică, who had removed the Venezuelan striker from CFR last summer. The coach, who had been working there for just two months, paved the way for the signing of Denis Alibec, his favorite player. The 36-year-old striker, however, found his way back to Transylvanian football after a season in Poland and immediately made history with a goal that won a trophy for Sepsi.

„He is not yet in a condition to play a full match, but when he substituted a player, I asked him to look for opportunities in the opponent's defensive line. And he did exactly that. Mario is an excellent player and a great personality” – Sepsi manager Cristiano Bergodi said of Rondón after the game.

The Italian coach also made history with the success in Arad, becoming the fourth coach to win the Romanian Super Cup twice, but the first foreigner to double and the first to do it with two different teams (the first one was with Rapid in 2007).

CFR manager Dan Petrescu, on the other hand, is more of a league title specialist, having won five (four with CFR), but he has lost three out of four Super Cup titles, winning only with Târgu Mureș in 2015 when he spent his one match on ASA's bench.

„I didn't think we'd take the lead so quickly, but I also didn't expect the opponent to turn it around. We are not used to being counterattacked from our penalty corner, and that really makes me angry. But Sepsi deserved to win” – said Petrescu.

The press in Bucharest mainly highlighted the fact that Sepsi had won two cups in two months and that the VAR system, which was making its debut in Romanian football this time, played no role in the clash. „Sepsi is Romania's 2022 super champion!” – writes the Bucharest sports-related publication Gazeta Sporturilor, which saw the clash as a pleasantly paced and roughness-free encounter, despite a last-minute red card for an elbow by Roger of Cluj. The sports paper dedicated a special article to the atmosphere in the stands, highlighting that the Sepsi fan base opened the match with the chant „Ria, ria, Hungária,” while the Arad fans took the opportunity to send a message to their own club, UTA, with a sign reading „Arad football mafia.” 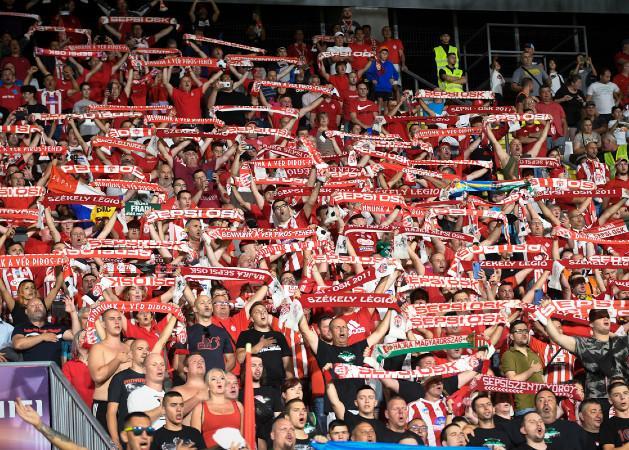 Among the Transylvanian Hungarian newspapers, Maszol wrote about a historic match, the Transylvanian Super Cup, as it was the first time two Transylvanian teams had fought for the Romanian Super Cup, while Székelyhon said "Sepsi OSK won with the new signings,” as the first goal was scored by a player acquired in the summer, Cosmin Matei, along with Rondón. A report in the daily newspaper Háromszék in Sfântu Gheorghe describes a well-deserved victory for Sepsi, who have won their second trophy in 52 days.

The new cup is expected to be presented by the club on Tuesday, during a small ceremony in Sfântu Gheorghe.

„We would like to have a small celebration in the city, even if it's not as big as it was during the Romanian Cup win because the people of Gheorghe deserve to see the trophy and take photos with it," said club president László Diószegi after the game, who was mostly happy that the new signings had worked out. Our fans were disappointed that we brought in footballers from relegating teams, but the goals from us right in the end. Both Ion Gheorghe and Francisco Júnior have settled in well, and all the four new players have taken on the Sfântu Gheorghe spirit, and they seem to have worked out so far." 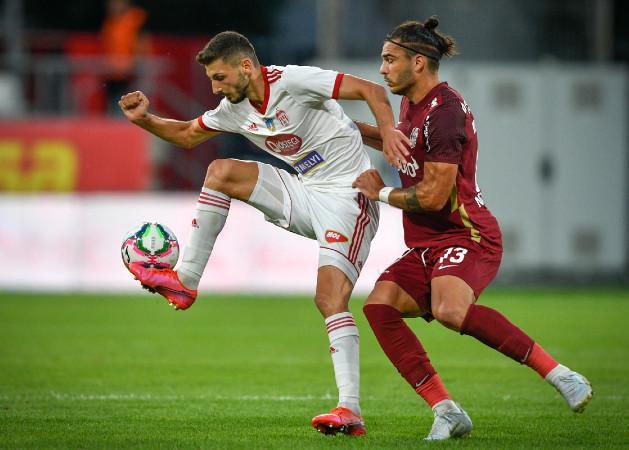 The club president expressed his special thanks to the fans from Transylvania, Hungary, and even from the Felvidék region, who created a fantastic atmosphere in the Ferenc Neuman Stadium in Arad.

An interesting aftermath of the Super Cup could be Jonathan Rodríguez's transfer from Cluj-Napoca to Sepsi next week. Club director Attila Hadnagy of Sfântu Gheorghe has confirmed that negotiations are underway to acquire the 32 year-old midfielder, who – also a Șumudică loanee – is not one of Dan Petrescu's favorites, having been loaned to Dynamo in the spring.