László Cseh: I wish everyone this many Olympics and an ending so beautiful

Wang Shun of China won his first Olympic gold, yet, after the 200m medley finals, he wasn't the (only) one being celebrated in the Tokyo Aquatics Center. László Cseh of Hungary, who finished seventh and finished his competitive swimming career, received just as much ovation. The gold medalist himself bowed to him on the poolside. Then, the Hungarian delegation and international swimming society bid farewell to him by frenetic applause. After all this, we had something to talk about…

– Did you wake up smiling, or maybe sentimental?
– After waking up, I got a little emotional, yes – László Cseh replied to a question from Nemzeti Sport. I realized that ‘Wow, this is my last swim... As I got older, I got a bit emotional, too. It touched me — but not in the wrong way; it felt good.

– Did you swim uninhibitedly afterward?
– I tried to give it my all. I felt the butterfly and the backstroke went well; I just knew my breaststroke wasn't that good... The start was fine, I tried to swim a little differently in breaststroke because I knew I wouldn't amount to much with yesterday's performance. Well, that didn't work either. If I had a year or two left, I'm sure I'd improve... I feel bad that the time didn't get any better, but every swim and final is different, so I'm happy for the seventh place. I've improved a little which is a progress!

He didn't mix his protein shake

– What do you take away from this Olympics?
– The fact that I can quit swimming easily is very important. Before my race started, I realized I could be grateful to be here because it was a way of closing it all down. If I'd watched this on TV at home, I'm sure I would've been angry with myself saying ‘I can achieve this result, too. Why am I not there?!' I would've thought about it for the rest of my life, but I could actually close it down. Even before the Olympics started, this was a very important step.

– Have you done anything differently now than ever before?
– No. Or rather one thing: I didn't mix my protein shake because I knew there was no reason to. At least I deserved this much...

– So, did you skip your cooling down, too?
– No, I have to do that, otherwise, I'd be sick for days. I just don't have to worry about how I'm regenerating or how I'm going to start preparing in September. All I have to do is think about not getting up at 5am in September.

– Maybe a little medley relay?
– Oh, there are betters ones than me.

He overcame what he'd been told

– How would you sum up your career?
– Wow... I wish everyone this many Olympics and an ending so beautiful! I don't really feel what I've accomplished over the years. I'm just starting to realize very slowly that not only bad performances happened, like a fifth place, but a lot of nice results. However, I tend to sweep them under the rug and deal only with what's not good enough. I didn't feel how many amazing results I achieved.

–  Why were you so focused on the negatives?
– I'm afraid that's what they told me: if you're good, it's natural, but if you're bad, you're to be blamed alone. We've been working hard over the last few years to change that. In the last three quarters of a year, I've made so much mental progress that I feel the change.


– Would you change anything in hindsight?
– Of course, I'm human, too, I've done so many things wrong: I could write an A4-sized list about this... I obviously think differently today, but that's life. You have to be able to accept that.

– Your father, who put you on this road, can't see your retirement anymore: do you think about him a lot?
– Of course, I think and dream about him a lot. I owe him, my mother, grandparents, friends and family a lot. I'm sorry he can't see this anymore, but at the same time, I think he would've told me to let it all go a long time ago... He would've seen me suffering, the situation from which I had to stand up, and as my protector, he would've told me not to force it.

– Are you done?
– It's enough. I have to experience what a different kind of life is like. Of course, I'll follow events and competitions, but you won't see me in the swimming pool every day.

– What if your eyes will pop up open at 5am?
– I'll try to go back to sleep somehow.

– What have you experienced from the support of the outside world?
– I saw a message or two; it felt good to read them. Thank you all for cheering!

– The crowd of Hungarian swimmers encouraged everyone in Hungary to get up to root for you.
– If someone woke up so early for this... I have to be happy about these because it's a wonderful experience to have so many people interested in me. It's important to them what I do, what results I produce. I didn't hear the on-site cheers during the race, but I did before and after.

– Was there a swimmer who congratulated you on your career before the final?
– Before the finale, we just encouraged each other, we didn't have to do anything else, and I didn't expect it either. It's already a huge thing for me to be able to compete with outstanding athletes in the past and now. I had tough opponents; I was pretty much trying to hold my ground.

– Regardless, the recent Olympic champion Wang Shun of China bowed to you!
– Yes, he was very nice. I went towards him to congratulate him on his gold medal. I was surprised that he appreciated my performance this way. So, I hereby congratulate him and the other six contestants for having a good battle.

– You've been to so many Olympics that you could celebrate afterward, but this is going to be different... What are your plans for the next few days?
– I don't want to celebrate the days or years! I'll have a lot of time; I'll live the life of the retired.

– What will happen to the garage?
– I'll need to plan where to put what used to be there.

– Did you store your medals there?
– No, they're in the house or at my family's. I need to rearrange the house, put my swimming gear away and pass it on to those who can still use it.

There was one who scored her own athlete, and the other got accredited against her brother-in-law.

„We condemn and reject the media-led campaign to punish our country and we don't want anyone to believe what the mainstream international media is unreasonably saying about Hungary.” 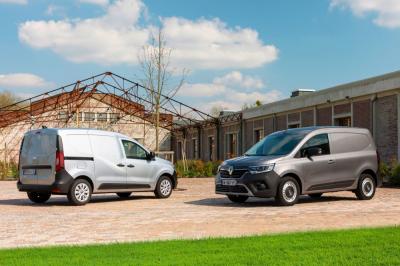