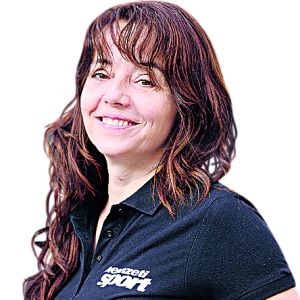 Kristóf Milák: In the 200m butterfly, the world record is my only opponent

He's won everything a swimmer can win in his sport, and he's still only 22 years old. Kristóf Milák is a world-class athlete, there is no doubt about it, nor is the fact that he does not like standing water: he wants to conquer the world in events other than the 200-meter butterfly.

– Your preparation did not go smoothly again.
– This is true because I was sick before and after the national championships at the end of April. Before that, I missed a full week, and then some days in a few installments – admitted Kristóf Milák, who will compete in the 200 freestyle, 50, 100, and 200m butterfly at the World Championships starting on Saturday, as well as will be a member of the 4x100 and 4x200 freestyle relays.

– Do these breaks also mean that you will have to start over from almost scratch?
– Not really because the previous work is in me, only the level from which we go back to work is a little lower.

ABOUT HIMSELF: "I'M NOT A TRAINING CHAMPION”

– We don't worry about you. Head coach Csaba Sós said that geniuses do not even like the monotony of preparation, that is, Kristóf Milák is created more for racing.
– And “Uncle” Csaba is right! I'm more of a racer than a training champion. But it's so much better this way, isn't it? Despite the difficulties, everything will be fine at the World Championships, at most I am somewhat behind my personal bests.

– You can't be disappointed because you know you had some difficulties in the preparation. If it falls short of your personal bests at all...
– I look at it realistically, I'm standing with both feet on the ground. Most of all, I want to know how I will succeed in the events I chose in addition to the 200m butterfly.

– The 200m butterfly doesn't even bother you?
– We can conclude that quickly.

– In other words, the pitfalls of preparations do not cause any disadvantages either because you are so far ahead of the work in this distance?
– Nothing will hinder me in this regard.

– So, is defending the title the goal?
– I'm not a pussyfoot, but let's rather not say it categorically or write it down.

– As you wish. But I can't ignore the fact that your eyes are shining, and they've actually been doing so since Tokyo.
– Of course, because I collected there the title that was still missing, and from there the road was open for me. I can already experience things, I can take on several events in a world competition, and this feels really good, I really enjoy it. It will be the same at the World Championships, even if this time it really only means the 200m freestyle. And, of course, the relays.

– Do you like the latter ones a lot?
– Swimming is an individual sport, everyone here is responsible for themselves; however, sometimes it is so good to fight together and for each other. Swimming can be lonely and monotonous, but in a relay, it can be ruled out as it is quite different to swim with three companions behind the starting block. And walking out to the race is also quite different you not being alone.

– It is also worth mentioning how Kristóf Milák walks up to the starting block alone.
– Because I enjoy it! I can hear the noise, the ovation, I can feel the strength – I really hope that there will be a full house in the Duna Aréna, and then maybe the atmosphere will be similar to what we experienced five years ago.

– Speaking of the 2017 World Championships: you joined the team as a young talent and immediately started with a World silver in the 100m butterfly event.
– I was a youngster back then, no one took me very seriously, many people thought that youthful momentum would only drive me forward, but I would disappear in the sink shortly – then this vehemence really drove me forward. The silver surprised even me.

– Will you be satisfied with the silver in the 100m butterfly this time as well? At the Tokyo Olympics, this event was the competition of the competitions. Even then, and since then everyone has been talking about the American Caeleb Dressel and Kristóf Milák.
– I think that final was the biggest swimming final at the Tokyo Olympics. It has been the best race of my life. So far.

– And your eyes are shining again and even more!
– Because the 100m butterfly moves me a lot more than the 200m. There is competition there, but not in the 200 – in the latter event, I only compete against myself. But that doesn't mean that once you've swum a good time, you can keep it – you can't do it without hard work, you can't bypass training. However, although I had some break due to illness and injury, I won the national championship with a time that only few can do in the world. The latter is a fact, but I don't care so much, I only care about myself. I deal with others when they are in front of me – if I am in the front, from then on, Kristóf Milák is only interested in Kristóf Milák. My time results. In the 200m butterfly, I only have the world record in front of me. The hundred is different because I have Caeleb Dressel in front of me. In Tokyo, I had a great time in the final of the 100 butterfly. I swam as best as I could, there was no more in that at the time, but I think I have improved since then, I have become better.

– Meaning?
– Time works for me, I'm younger than Dressel. If you like, I'm only at the beginning of my career, but he's not anymore.

– That's why Dressel said that Milák would kick him off the throne one day and that he would fight to make it happen as late as possible.
– He's trying to keep up with me.

– Besides the 100m butterfly, there is another thing you two have in common: after the Olympics, you both changed coaches.
– Indeed. It was also a kind of study period for me because although I have been working with the new team since September, I think I will have to continue to get used to the new environment.

– Are you having a good time with coach Balázs Virth?
– Yes. Of course, there was no change in the fact that I am training in the same swimming pool as before, and it is similar that we used to swim side by side with my teammates in training, only then we were in separate teams. But we had training sessions together, and I knew what I wanted and what I was doing – I am in the right place. Balázs and I are already getting along very well, but in order to really know what the other person wants, we need some more time. But we are also making progress in this area, and it is very good that Balázs is able to motivate me even when I feel useless, when I dig and bury myself.

“I'LL MAKE SURE THERE'S A CHALLENGE FOR MYSELF!”

– You're still not that easy.
– For those who know how to deal with me, I'm not difficult.

– And is Balázs Virth slowly becoming one of these people?
– Yes.

– Meaning that working together is free of arguments?
– I didn't say that.

– How shall we imagine that? You're facing each other, and everyone shares their ideas?
– Not exactly. In a civilized manner, honestly and with a normal tone, we tell each other what we think is stupid, and what we should do instead. But I'm still practicing this kind of communication because I didn't have the opportunity to express my opinion before. This is definitely a novelty in my life, and I really enjoy this change as well – it is simply good to tell my coach about my complaints.

– It is a busy time as not all competitions have been canceled, but many have only been postponed due to the pandemic. You are not bored in the summer either because, after the World Championships, the European Championships takes place in Rome in August. If the domestic World Championships goes well, and in general, does the European Championship still pose any challenges for Kristóf Milák?
– I always look for goals for myself, which, if I achieve, I am happy – I have already said about the 200m butterfly that I do not even care if I have no opponent in a given event. I'll make sure there's a challenge for myself! It is in everyone's interest to come home from a competition with as many and beautiful medals as possible. Mine too. I'm sticking myself to that, and I don't want to go down the path that looks something like this: here's the 200 butterfly, okay, we've got the gold, thanks, that's it, bye!

We summed up the midfielder's first season in Leipzig – compared to the debuts of other elite players in his position.