Back in Hungary! Ricardo Moniz has returned to the country after many years. After Ferencváros, he now manages Zalaegerszeg in NB I. The 58-year-old Dutch coach, who is half Surinamese and half Indonesian, spoke candidly about his feelings, and we learned that he was interested in balls only, and that he can talk about football for 24 hours. But why did he become a physiotherapist at a young age? And what did Johan Cruyff or Akeem Adams mean to him?

– Is it true that you grew up on the street next to the stadium in Rotterdam?

– The arena was about 30 meters from our house; we lived in the adjacent street until I was six. Sparta's stadium is also called a castle there because of its two characteristic towers. Back then, kids were playing football on the streets – street football existed. We also played outside from morning to night, put down two coats, and they were the goal posts.

– Did you not care about field hockey which is popular in the Netherlands?

– No. The Dutch are crazy about football, and so was my family. We were interested in football only. There were countless football posters on my bedroom walls, and I'll never forget my first Puma shoes. When I was three years old, I was sitting in front of the television watching with my mouth wide open Johan Cruyff doing magic in Ajax.

– Is the former genius still showing on the back of your phone?

– His legendary jersey number 14. I didn't even attend kindergarten, but I already knew everything about Cruyff. I knew all his goals by heart, it all started with him. When I was six years old, I was in the stadium to see him in person.

– Did you really collect all the articles and relics about him from the 1960s and 1970s?

– Whatever I could get. It's no exaggeration that I have a small museum back home in Eindhoven. In general, I'm a hoarder, I bought and put away all the editions of Voetbal International, but I also have hundreds of DVDs on my shelves. And whatever was about Johan Cruyff, I had to keep it.

– Did you meet him in person?

– I met him for the first time when I was 30. He was Barcelona's coach, and I had just quit football. I was at the beginning of my coaching career when I found out that the Catalans were training in the Dutch village of Doorwerth, and I visited him. I wanted to know everything about his philosophy and his vision.

– Did you manage to get close to him?

– After the U.S. World Cup, Romário had not yet returned to his club. But there was Laudrup, Jordi Cruyff, and Hagi. When I asked him if I could steal a secret or two from him, if he would allow me to suck into myself his love of football, he patted me on the back and said, “Of course, come, no problem.” I spent two days in the training camp. What was striking was that he joined every exercise. He was like a football player. He had no pens or notebooks. He did everything out of instinct. 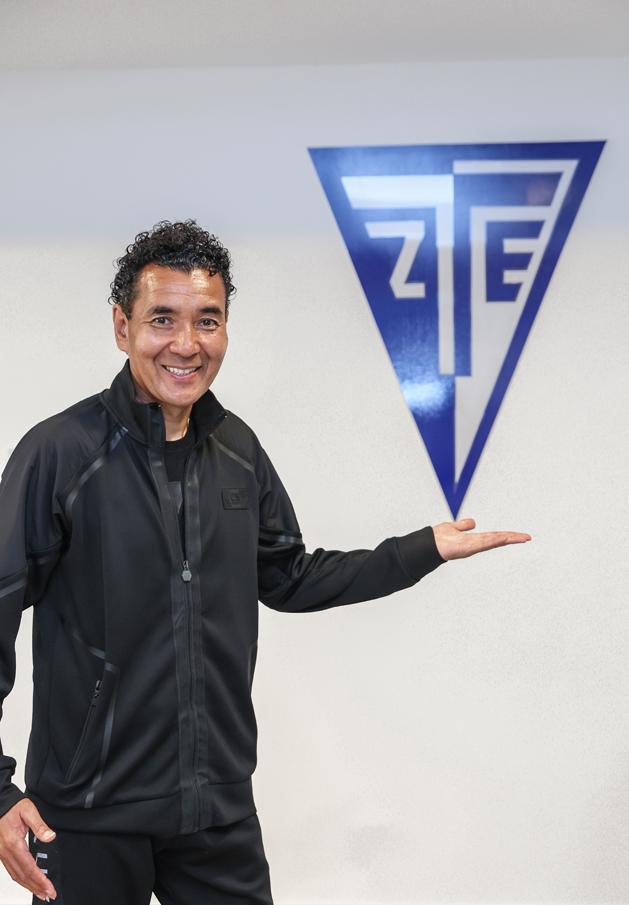 – Is that why you often play Monkey in the Middle during training?

– And because I love balls. I like running, jogging, playing with the ball, and keeping myself in shape. I'll be 60 in two years, but I'm not going to let myself go...

– You moved to Eindhoven at the age of six. Why?

– Because of family reasons. In hindsight, I did not mind the move, the stadium was next to us in Rotterdam, and there was a huge park full of green space in Eindhoven. After lunch, when there was a break from school, my friends and I ran out to play a quick game. We played three-on-three, or four-on-four.

– Was your family well-off?

– We weren't rich, and I definitely wasn't a spoiled kid. In return, I received a lot of love. I will be forever grateful to my mother and grandmother.

– At 29, you had to quit football due to liver disease. Did you feel mentally devastated?

– I felt emptiness. My life, and practically my entire existence, was built on football, and then from one moment to the next, everything became uncertain. Soon after, I started coaching an amateur team, and after we had good results and I received positive feedback from the players, I knew this would be my path. I'll be a coach.

– People close to you say you could talk about football for practically 24 hours. Don't you have any other hobbies?

– No. I don't care about anything else. But... I studied to be a physiotherapist when I was young. I was interested in that, too.

– Have you worked in that field?

– I completed the course at the age of 26. I wanted to improve and get smarter even when I was a player. Even then, I was interested in the muscles of the athletes, and how to make them even more dynamic, so I learned the profession of physiotherapy. I've helped professional dancers, people with amputated legs, the elderly, and even those who have had heart surgery. At the time, I was not interested in anything but how I could help my fellow humans. 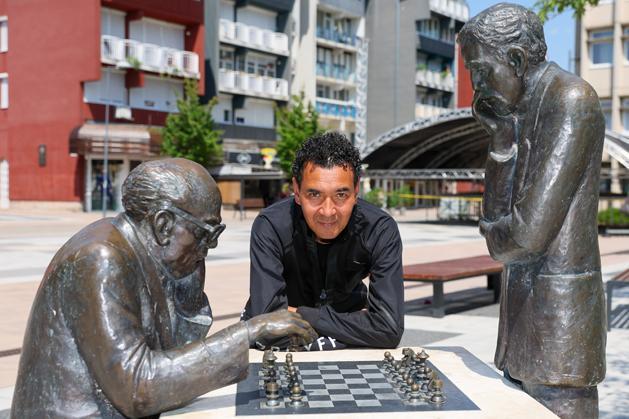 – How can you help the players in Zalaegerszeg?

– I have an exciting challenge ahead of me. Since I joined the club, we have only signed youngsters. I believe in them! The other day I had the average age of the football players in training calculated. How much do you think it was? Twenty-one! I'm romantic, it's my football philosophy, but of course, we have to get results. I love creating things like an artist. In fact, the players are artists for me. Life in itself is pretty hard, and sometimes cruel, I tell my players to enjoy playing football, to thrive. Hungarians are crazy about football, people love this sport, and football runs in their blood. And I want to see personalities on the pitch.

– Ferencváros is an unavoidable topic. You have managed the club, to where you arrived in 2012, for a year and a half. Have you been in contact with anyone at the club since then?

– I don't know. Somehow, everyone went their own way. But I'm proud of the League Cup win, the games we won, the applause we got in the stadium. Ferencváros has been on a successful road since then; the training center was not nearly as great as it is now, and the circumstances could not be compared with the current ones. Though I had brilliant footballers.

– Did you have a favorite?

– Dániel Böde. He was an incredible guy. He could handle the pressure, he didn't care about anything but scoring goals. At first, I had to make him work a lot, he lost almost ten kilograms. In the end, he was in good shape and became a national team player. I am really proud of my time at Ferencváros and am pleased that even though it is only a short chapter, I also have something in the club's history book. 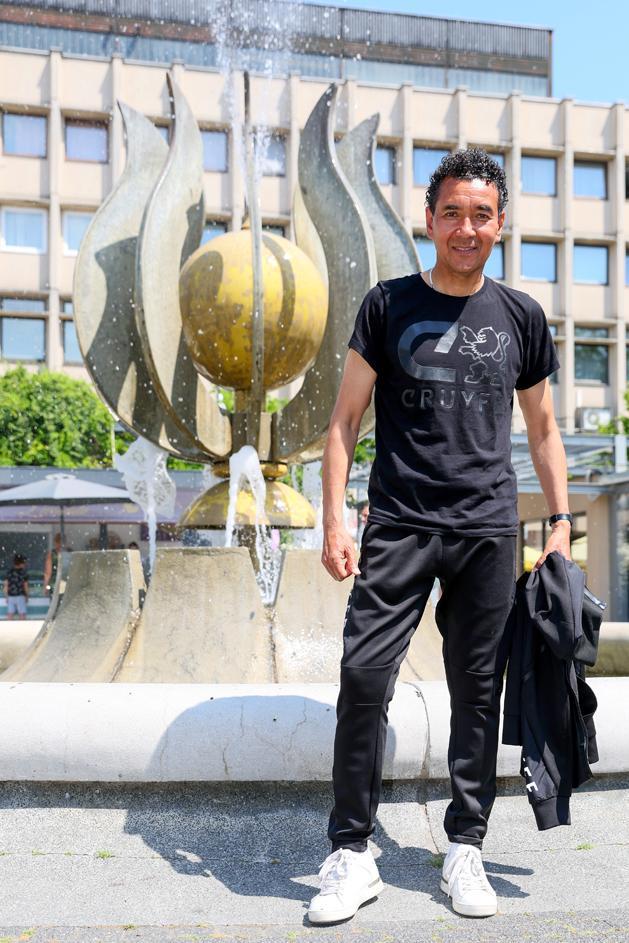 – You were the head coach when Akeem Adams suffered a heart attack on the field at 21. He spent months in the hospital, had to have one leg amputated, and in the end, despite fighting for his life, he did not survive. Have you recovered from the tragedy?

– What do you think? Have I recovered from it?

– I have, and it's thanks to him. That young guy gave me the biggest lesson of my life. He'd been in the hospital for months, there wasn't a day I didn't go in to visit him. He will have a place in my heart forever. That guy taught me to always be mentally strong, not to complain, and never show my weakness.

– Besides the Netherlands, you've lived in Hungary, the Emirates, Austria, Poland, Germany, England, Denmark, and Slovakia, among others. Where was the best?

– I can't and I don't want to choose. Challenges were waiting for me everywhere, and I am the type who adapts easily.

– So, are you already feeling at home in Zalaegerszeg?

– I really like the city. People are calm and kind. If my time permits, my 83-year-old mother and I take a long walk in the city center. We have a good conversation, and she shares her opinion. Plus, she's a good judge of human nature, and none of us likes if someone is talking beside the point. What we really hate is arrogance.

– Does your mother accompany you everywhere?

– She's been with me in 14 countries. We used to joke about how many places the ball took us to. Now a challenge awaited me in Zalaegerszeg, and I am doing everything in my power to repay the trust. This story is not about me, it's about the club, the team. 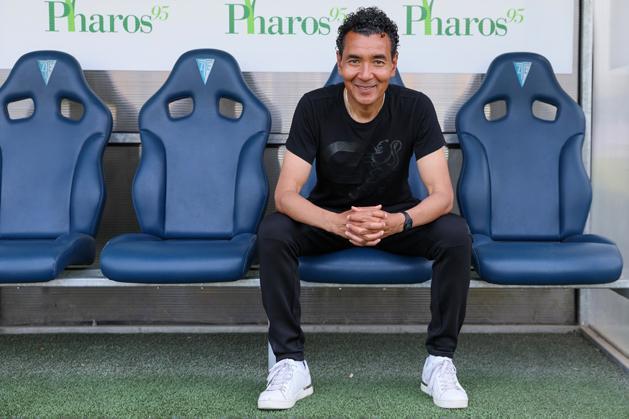 MU: „olyan rossz, mint a csapat” – a szurkolók utálják az új mezt
UCL: Theoretically, we were fully ready, but in reality, we weren’t