Zsolt Lőw: I've got a lot of work to do as an assistant coach

Zsolt Lőw, Chelsea's Hungarian assistant coach has made it from the clay pitch in Újpest to the throne of Europe, claiming he still has room for improvement and that the final win is just as much his family’s as his own.

– How did you feel when you took the Champions League trophy?
– I felt huge happiness and relief! – Zsolt Lőw, Chelsea's assistant coach, told our portal, who is the Champions League winner after defeating Manchester City (1-0). – I grew up in Hungary watching the top European football as an outsider, and I always dreamed of becoming a part of it one day. Holding the trophy in my hands melted my heart. It ran through my mind what sensational coaches and footballers had the same feeling before me. We've come a very long way to the final victory because many small things can affect the result. We made it to the finals last year with Paris Saint-Germain, but we didn't want to stop with Chelsea, only the victory swam before our eyes. It took me a few days to process the triumph, that's when I really understood what we had achieved.

– Do you remember what happened on January 16, 2010?
– That was my last top-flight game with Mainz against Bayer Leverkusen, and my left ankle was badly twisted. It took me a great effort to get to the Bundesliga from the clay pitch in Újpest. At that time, I thought my career was a full circle. At the time of my injury, I wanted to continue to work in football after my playing career as well.

– At that time, Tuchel led Mainz in the league game against Leverkusen. Have you ever thought that 11 years later, you would reach the top of Europe together? And that he's helping you with your work as a coach?
– I certainly would've believed if someone had told me that. At the same time, as a player, I could easily form human relationships, I was liked and loved wherever I was at. This wasn't always because of my football skills, but my human quality also played a role. I think that a coach has to be a very good person who gets along well with the club management and the football players, and he is also a leader. Football has changed a lot: a good coach no longer rules the pitch with a rod of iron. He doesn't chase his players up the mountain, but he's an authority that the team stands behind. I thought I'd try the assistant coach position, which I've been enjoying ever since. It's easier for me to build a relationship of trust with the footballers, they dare to let me get close to them, and I'm proud to call many of them my friends.

– What were the milestones in your assistant coaching career?
– Each of my jobs, each of my years, had a role to play. My teams, victories, and failures have shaped me the way I am now. I started from the Austrian third division taking baby steps year by year. I was in the German second division and then finished second with RB Leipzig behind Bayern Munich in the Bundesliga. We stepped on the international stage with Leipzig, and then the adventure in Paris followed. I learned how to treat world stars like Neymar and Kylian Mbappé. Then, I arrived at the first dismissal of my life last Christmas... That's part of life too! If we hadn't parted ways with PSG, Chelsea wouldn't have signed me in January, and we wouldn't be talking after the Champions League win right now. Each moment and event had a role that we could utilize in the final in Porto.

– Did you have any intuition before the finale?
– The really big clashes aren't just decided on the day of the game. We marched to the final with a convincing performance, we deservedly advanced against Atlético Madrid and Porto. In the semi-finals, we also proved to be better than one of the best clubs in the world, Real Madrid. Before the final against Manchester City, we tried to help our preparation with minor tricks. I felt before the game that all the pieces of the puzzle were in place, and we were on track. Not only did we want to compete with City, but we also wanted to beat them! Then, when the Champions League anthem plays, I lose strength in my legs. Although we started weak, we took control after the tenth minute and Kai Havertz scored the winning goal following a nice action. We found areas on the pitch where we could create promising opportunities. We managed to put together our defense, closed well, and kept the opponent's footballer with possession of ball under pressure.

– Your family was able to join you in the celebration.
– There's a lot of hardships in the life of a coach's family. Fate has compensated us a bit, so the victory is just as much theirs as mine. It may seem simple on the outside, but when I was a legionnaire, I had to leave my loved ones and friends at home. I couldn't see my wife and kids in the first three months of our job in London, which was a terribly difficult time. I got to Porto at the cost of a lot of giving up a lot of things, and I was very proud that my father could support me with my brother on the spot at the age of seventy-three. I'm still touched when I think about how happy they were after the final whistle blow. I'll never forget the moment my children ran towards me. I can only repeat myself that our success is mutual.

– Is there anything higher than the throne of Europe? Where do you imagine your future?
– There's always room for improvement; I'm currently riding an express dream train. The locomotive started from the Austrian third division and the Champions League victory was hardly the final destination. We're hungry for success and want to keep improving, which is why we've extended our contract. You don't jump off a train of this speed; I've got a lot of work to do as an assistant coach. I'm in the best possible place in London. 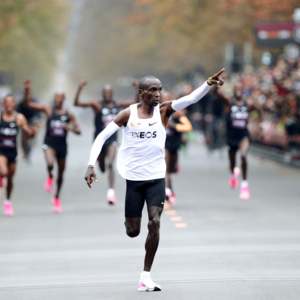 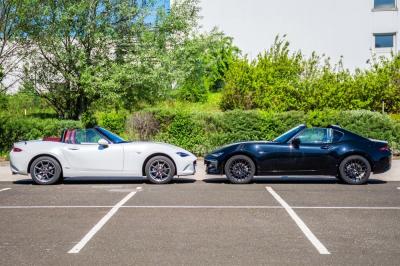