The World Aquatics Championships will start in a month

2017 was the first year when Hungary hosted the World Aquatics Championships, and as such, it is unique, but there is a good chance that the atmosphere similar to that awaits the competitors now as well. Whether the number of Hungarian medals (9) reaches the one five years ago will be revealed between June 18 and July 3.

The arena blew up once, twice, three times.

Several times a day, and beside the Duna Aréna, Margaret Island, where our water polo players played, was also in a fever.

There was a full house, and a lot of fans followed the events in Balatonfüred as five years ago, the best open water swimmers in the world competed against each other in the Hungarian sea.

Then, in 2017, we jumped in as hosts: Hungary originally won the right to host the 2021 World Cup, but the original winner, Guadalajara, withdrew in early 2015 due to financial reasons. We replaced the Mexican city.

At that time, it was already known that Gwangju would be the venue for the 2019 World Championships, and in 2021, the International Swimming Federation (FINA) launched a new tender that Fukuoka won among the candidates.

However, due to the coronavirus pandemic, the Olympics was postponed from 2020 to 2021, so the date of the World Aquatics Championships was also pushed back to May 2022. After the Tokyo Games, and because COVID infections were increasing again in the country at the beginning of the year, Japan withdrew from hosting it.

And we again took on the role to host, so basically, Hungary can host the World Championships whose right it originally won back in 2013.

THE HEAD COACH HOPES FOR THREE TO FIVE SWIMMING MEDALS

Our swimmers spoiled us five years ago when finishing the World Championships with two golds, four silvers, and two bronzes (they finished seventh in the medal table with this), but at the World Championships in June, we cannot necessarily expect such success since at the Tokyo Olympics, for example, "only" one gold and one silver were produced for us in the pool, both won by Kristóf Milák. 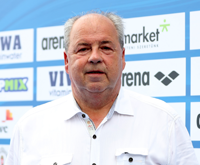 "In the last decade and a half, we have been quite spoiled, although we can mention a period when one or two of our swimmers were outstanding. For example, only Ági Kovács won a medal in Sydney while László Cseh was the flag bearer in Beijing," said head coach Csaba Sós.  "I don't want to find excuses for the performance in Tokyo, I don't even want to make it feel like the grapes are sour, but we had three fourth places in Japan through Boglárka Kapás, Tamás Kenderesi, and Dávid Verrasztó, from which we could easily have won a medal. Moreover, I myself was waiting for these three swimmers to stand on the podium. We'll see how we'll perform at the next domestic World Championships. I would not classify it as a surprise if we finished the World Championships with three to five medals."

Csaba Sós was looking forward to the national championship (OB) in April, because, as he said, one of the most exciting parts of his captaincy is always the OB. After all, it is there where talents can be noticed, chosen, mistakes and many other things can be seen.

The captain has to pay attention to the World Championships as well but in a very different way than at the national championship.

"You have to be on your guard, you have to sense who's going to be squeezed to death under pressure, who needs to be eased, and maybe withdrawn from an event in order to be really good at the other distance. And what is a real challenge as a captain in a World Championships is to assemble the relays in such a way that we perform as successfully as possible,” said Csaba Sós. "Of course, a World Championships hosted in Hungary is always different, every source of joy affects us tenfold here, and while spectators are clapping and cheering elsewhere, the swimming pool explodes here. Fortunately, travel and acclimatization do not burden us at this time, this is definitely an advantage, and it is not a disadvantage that our sport comes to the attention during those days. I like domestically hosted competitions, I like our swimmers to be cheered on and applauded because unlike the at the national championships where the recruiting takes place, you have to stand on the stage and show everything here."

THE MEN'S TEAM WOULD MOVE UP A NOTCH

Five years ago, the Hungarian men's water polo team marched to the final, but the Croatians stopped them there. Head coach Tamás Märcz basically made his debut as the national team's head coach at that tournament, and we can say he did it quite well. 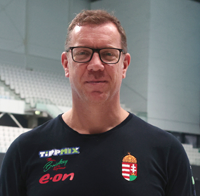 "It seems that it will be a tradition that the Olympic cycle starts with a World Championships organized in Hungary," said Tamás Märcz, head coach of the men's water polo team. "Joking aside, after the Olympics, the national team always transforms, not only ours but also the others. But at the same time, playing at home is also a responsibility. Nevertheless, I try to look at the tournament from the positive side, just like I did five years ago because it is a lifelong experience to perform in great conditions in front of a home crowd."

At the same time, the preparations will be quite short as the final of the men's national league is still ongoing, and the Champions League final eight is also to be played, in which Ferencváros and Gergő Zalánki, who strengthens Pro Recco, are also interested.

"We will definitely have a different preparation than usual," the coach said. "Our players are in relatively good shape, we try to guide them from this state and sharpen them even more. It has not changed that we start our preparations in two stages: the first group starts on May 25, and the players from the Champions League join them on June 8, after a very short break. There is no time for more because there will be less than two weeks until the first group match on June 21. Even the first group will have a lot of work to do: we will play training matches with Ferencváros, thus helping them prepare for the Champions League final eight. This will be useful for everyone."

Three of the Olympic bronze medal-winning team will definitely not be in the 13-member squad anymore, so the door has opened for the youngsters.

"Everything is given for rejuvenation, also because quite experienced players have fallen out of the team," said Tamás Märcz. “A good mix must be created, the key players must help the new ones, and young people should not be put in a difficult situation by placing the burden solely on them. I see players who can get into the team, their performance is still inconsistent, but that's quite natural at this age. Our goal is to give the best young athletes the opportunity to show themselves. We will have two world competitions in the summer, but I will only deal with the European Championships after the Worlds. The players, the staff, and I are looking forward to the domestic tournament. I think it is a good opportunity to make something great. Many of us have a sense of missing something because of the otherwise great silver medal five years ago, but this is the opportunity to improve in the rankings."

THE HUNGARIAN WOMEN'S NATIONAL TEAM AIMS FOR THE PODIUM

The women's water polo team clearly felt disappointed in the 2017 World Championships as Canada advanced to the semifinals, so Hungary could only play for 5th place in the final days – but at least the team got that. However, it's another team that won the bronze medal at the European Championships in the Duna Aréna and won a historic bronze medal after defeating Italy in its own pool to qualify for the Olympics. (And on the way, the team beat all opponents at least once.) The women's national team is so far ahead that the season is long over, the team completed a Transylvanian training and is already preparing in the Széchy pool. 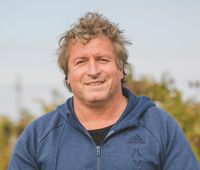 "We will be here on Margaret Island for three and a half weeks, practically like in a daycare system: we'll have training in the mornings and the evenings,” said Attila Bíró, the head coach. “On June 6, we are going to Veszprém for a joint training camp with Australia, and the following week to Szeged with the United States. After a few days there, we'll return to Budapest. We no longer travel abroad but are preparing at home. I also didn't want the magic of Margaret Island to disrupt the last weeks, so the rural program of the last two weeks will be great."

Rejuvenation is as true for the women's national team as it is for the men's team. Attila Bíró said in this regard that he hopes that the new arrivals will present themselves in the same way as Gréta Gurisatti or Dorottya Szilágyi in 2017. The goal and priority are clear: although there will be a World League final and the European Championships in the summer, the domestic World Championship takes it all.

"There are two goals: one is to find a team in the summer with which we can possibly achieve the Olympic participation as early as next year,” the captain looked ahead. "The four-year cycle has been shortened to two and a half years, and this does not make our situation any easier, but everyone will have the same amount of time. But I wouldn't shift our responsibilities either, our other goal is to win a medal. It is unnecessary to discuss what color it is, but it has to be achieved at any cost. We know for sure we're not the best team in the world, and the Olympics also proved that there are better teams than us. At the same time, as we saw at the Olympics, we can beat anyone in a match, even teams that have qualified higher and better than us.”