FTC: I would like to play international stakes matches in March as well – Stöger

Peter Stöger, the head coach of Ferencváros, fell in love with Budapest quickly, and already feels at home in the Hungarian capital. His wife stayed in Vienna, so he is alone a lot in the evenings. He can't wait for the Europa League group stage match against Leverkusen to start.

– Is it true you didn't grow up in the most prestigious part of Vienna?
– Our family was not very well-off – Peter Stöger, the Austrian head coach of Ferencváros, said in an interview with our portal. – We lived a normal life without any luxury. My father and mother gave me everything, although I didn't have high standards. I was the boy who could be occupied with a ball. I grew up in the largest district of the city. In our area, there were many poor families and a lot of people of Turkish descent, but I got along well with them as well. I've never been ashamed that Donaustadt is my home, my district. My house is still there.

– At what age did you start playing football?
– I got my first football from my father, and all I cared about at just three years old was the sport. In comparison, I became a certified player quite late, at the age of nine. Until then, I kicked the ball at home, in the garden, and the street. My father supported me in everything, which is not surprising because he loved football, too.

HE LIKES TO TALK A LOT WITH THE PLAYERS

– When did you decide you wanted to become a coach?
– When I was a player.

– As a young trainer, who was your role model, the one you idolized, the person you wanted to look most like?
– It's a difficult question... I may never have had such an idol. As a player, I learned a lot from my coaches; I had a notebook that I wrote everything in. But I didn't just store the good stuff, I also stored the things I knew I certainly wouldn't want to do that way once I become a coach. I've never idolized anyone because I think a trainer should have his own personality, and should develop this own philosophy. Sure, they should listen to other people's opinions, but he's the one who says the final word. I could put together the perfect coach of the many, but no one's impressed me with everything.

– President Gábor Kubatov described you as a quiet, wise man who, somewhat surprisingly, is an extraordinary team player... Is the characterization correct?
– I'm in my mid-50s; maybe that's what wisdom comes from as I've lived through a lot of things. I really like working as a team and thinking like that as well. For me, an individual could never outgrow the team. If I had been a tennis player, I might have thought differently, but in football, we do need each other, and it is very important how the other person does his job. I listen to everyone's opinions on the professional staff, but the last word is mine.

– Do you like conversing?
– I've never had issues with communication. I also like to step aside with the players and tell them what I expect from them on the pitch. In addition, I like to talk with them about their personal lives, because they are also human, and their family background is important. This may be new to some of them, but that's who I am. A lot depends on communication.

ACCORDING TO HIM, LEVERKUSEN IS THE GROUP FAVORITE

– You've already spent a couple of months at Ferencváros. Was it a good decision to sign with a Hungarian club?
– The best. Ferencváros immediately impressed me, even if the beginning was not easy. Normally, there should've been a few weeks to get to know each other, but because of the European Championship, many of our footballers were with different national teams. By the time they came back, the Champions League qualifier had already begun. Of course, it is said that a smooth sea does not make a skilled sailor, and we have become one, a real team, amid the stakes matches. Ferencváros is a club with a long history, and I also know that its fans are simply amazing. So Fradi was the perfect choice.

– It is said that you like to think about specific goals.
– I'm someone who likes to concretize the set goal. I've never had a time where I said to win as many games as possible, and then we'll see what happens... At Fradi, I've set myself three goals for this season. I definitely wanted to get into the group stage of one of the international cups; we could've made it to the Champions League with a bit more luck, but I'm not dissatisfied with the Europa League either. The league title is obviously important. If we want to get this far next season as well, another gold medal is mandatory. I also have a great desire to remain on our feet on the international stage in the spring as well. I would like to play international matches in February and March.

– It wouldn't have hurt if you got into an easier Europa League group for this...

– The group isn't easy, to say the least, but maybe it's fine like that. We can prove ourselves against big teams: Bayer Leverkusen, Real Betis, and Celtic are also top clubs. We leave nothing to accident; once the draw was over, the professional staff already started to break down the rivals' game. We know all about our opponents by now. Let's not be bitter about being in this group, let's show that we've risen to this challenge!

– Which team is the strongest in the group?
– Levenkusen, no question. The Germans are definitely my favorites. I know them well, I've been following them for the last ten years, they don't have a lot of weaknesses. They make a real team with outstanding personalities. We have to be prepared that they have extremely fast players, and their attackers will not be easy to intercept.

– How did you feel when Ihor Kharatin left for a Polish club?
– That's it, we have to find his replacement. At the end of the transfer window, such losses are in the cards, even if I wouldn't have regretted him staying. Everyone could see how diverse he was as a midfielder, and I made him play in every game on purpose. In football, however, things change rapidly. Ihor got a good opportunity and the club benefited from his sale. That's football.

– Have you started liking Budapest?
– The city is just amazing. Many of my friends have visited the Hungarian capital as tourists, and they were impressed. Now I can experience it myself. I live downtown; I like it when everything's close.

– Do you like to walk around the Basilica in the evenings, or would you rather stay home and watch a movie?
– It depends on my mood. I work a lot; my brain is hard to turn off. I often think about tactics even in the evenings. Sometimes I go out and have a lemonade, but I like to spend the evenings at home. That said, it would look good at my age if I were sitting in bars... Joking aside, I feel good at home, even when I'm alone a lot. My wife works in Vienna but has recently visited me for a few days.

– What's the biggest difference between Budapest and Vienna?
– All I see so far is similarity. Both are bisected by the Danube, and the architecture of the two capitals is similar with beautiful bridges connecting the river bank and magnificent, historic buildings. For me, even their mood is similar, which is probably why I feel so good here in Budapest.

– How shall we imagine your apartment? Are there framed jerseys and relics reminiscent of football on the walls?
– Hell no! If you came into my apartment, you wouldn't even know I have anything to do with football. Back in the day as a player, I didn't collect jerseys either; I gifted my friends most of the shirts I got. Maybe back in my mother's home, there are old jerseys in the closet, but they're probably covered in dust.

– Do your friends have Fradi jerseys?
– Of course! Most of them have received one from me as a gift. 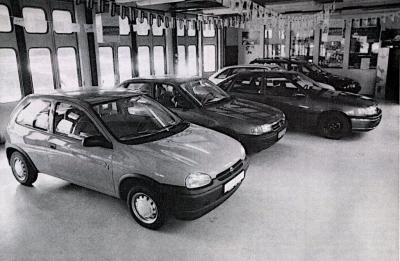